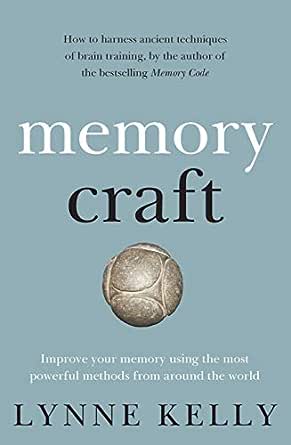 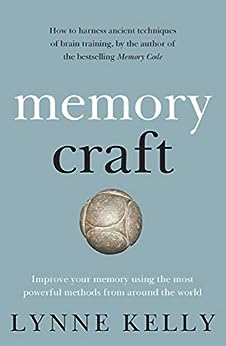 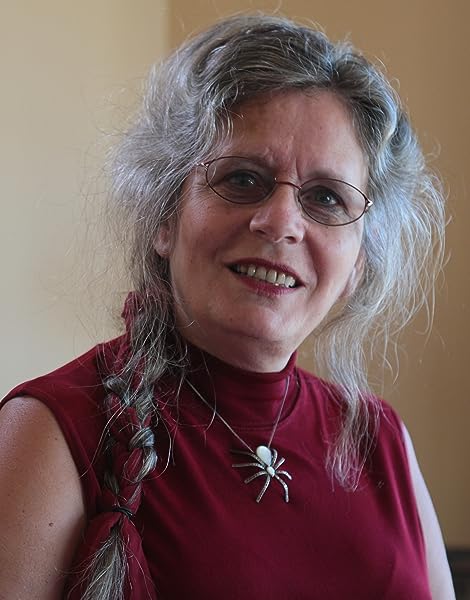 Memory Craft: Improve your memory using the most powerful methods from around the world Kindle Edition

Weaving the deep history of memory techniques along with the techniques themselves, Memory Craft is a memory book like no other I've ever read. -- Nelson Dellis, four times USA Memory Champion --This text refers to the paperback edition.

Dr Lynne Kelly is the memory whisperer. A senior memory champion, science writer and Honorary Research Associate at La Trobe University Melbourne, she is author of the ground-breaking book The Memory Code. --This text refers to the paperback edition.

antony brennan
TOP 1000 REVIEWER
5.0 out of 5 stars The world will never be the same again if you read this book.
Reviewed in Australia on 10 June 2019
Verified Purchase
Lynne Kelly’s last book, The Memory Code, blew my mind completely. It is rare that such a book comes along which has the power to change your perspective about life on planet earth, as well as teach you a startling and ancient life skill.

Well. It’s happened again, and here it is and it happens to be Lynne Kelly’s new book, Memory Craft. Not only does a this book leave you inspired to learn better and remember better but it leaves you breathless about the intelligence and ability of indigenous cultures around the world.

You will not only learn a whole slew of new life skills but you will gain a greater appreciation for the minds of the First Nations and the way they organised, recorded and trained themselves as human encyclopaedias.

You will realise the great horror that was created when our forebears forced them fro their traditional lands.

You will come to understand the relationship between indigenous people and their “country.”

You will realise that the modern cultural phenomenon of the internet may have the exact opposite of the effect that we thought it would, and it could be making people less intelligent, empty-headed dufuses whilst we watch.

The devolution of the human intellect will be live streamed and tweeted.

This book is a ‘tour de force,’ a giant leap for human kind. I have read dozens of books about mnemonics but this one is written so well, is so broad in scope, is so rich in strategy and skill transfer that it can hardly be categorised.

The world will never be the same again if you read this book.

As you can tell I really liked it.
Read more
One person found this helpful
Helpful
Report abuse

Vive
3.0 out of 5 stars Worthwhile
Reviewed in Australia on 29 June 2019
Verified Purchase
Very interesting. I found process ‘busy’ . Have recommended book as I do feel the book is worthwhile. Just not for me at this time.
Read more
One person found this helpful
Helpful
Report abuse
See all reviews

Kindle Customer
5.0 out of 5 stars A must read for memory training
Reviewed in India on 21 November 2020
Verified Purchase
Dr Kelly's unique contribution in this book is to pull together a large variety of methods and demonstrate variations on themes, which takes memory training out of the competition circuit and makes it relevant to our real life purposes.
Read more
Report abuse

Paul J Schuele
5.0 out of 5 stars Enthusiastic overview of memory techniques
Reviewed in the United States on 13 February 2020
Verified Purchase
The author is knowledgeable and presents many memory techniques especially memory palaces. There are a lot of examples and different mnemonic tactics with some advice on which tactic to use for different purposes. The enthusiasm of the author is infectious and the techniques work with effort and repetition. Some of the palaces based on walking tours are hard to apply in a more sterile urban environment so the use of memory devices like staves, jewelry and lukasas are very helpful. I wish some of the examples had been expanded to describe more thoroughly how to add details in specific slots in a memory palace for example.
Read more
One person found this helpful
Report abuse

Laurence A. Clark
5.0 out of 5 stars Antedeluvian Memory System Workbook...
Reviewed in the United States on 22 November 2019
Verified Purchase
Antediluvian memory systems and megalithic sites... Lynn did it again with Memory Craft. Her book, Memory Code, solved a problem I had with anthropologists ascribing religion as the purpose for nearly everything they can’t explain. To me, her thesis makes sense in a profound way. Memory Code was the why, and Memory Craft is the how, a workbook filled with ancient systems that work as well now as they did for our preliterate ancestors.
Read more
One person found this helpful
Report abuse

Logifer the Pedant
5.0 out of 5 stars Excellent book!
Reviewed in the United States on 30 September 2019
Verified Purchase
I have a whole library of books on memory techniques, and I bought this one because Kelly is so well regarded by people who know the subject. She is simply relentless in her pursuit of data--even to training for and competing in memory championships. And then winning the senior competition for Australia! Twice! She is very generous in acknowledging the people she learned from, but she is truly an original thinker. I'm now reading her earlier book, and my wife, an archaeologist, has got hooked on that one as well.
Read more
Report abuse

Kate
5.0 out of 5 stars Great book
Reviewed in the United States on 13 October 2019
Verified Purchase
Really interesting book. Highly recommend.
Read more
One person found this helpful
Report abuse
See all reviews
Get FREE delivery with Amazon Prime
Prime members enjoy FREE Delivery and exclusive access to movies, TV shows, music, Kindle e-books, Twitch Prime, and more.
> Get Started
Back to top
Get to Know Us
Make Money with Us
Let Us Help You
And don't forget:
© 1996-2020, Amazon.com, Inc. or its affiliates