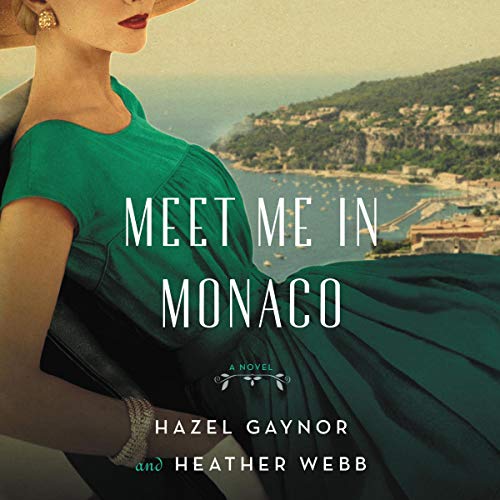 Meet Me in Monaco: A Novel of Grace Kelly's Royal Wedding

4.5 out of 5 stars
4.5 out of 5
456 global ratings
How are ratings calculated?
To calculate the overall star rating and percentage breakdown by star, we don’t use a simple average. Instead, our system considers things like how recent a review is and if the reviewer bought the item on Amazon. It also analyses reviews to verify trustworthiness.

Angart
5.0 out of 5 stars A very ‘Graceful’ Love Story.
Reviewed in Australia on 5 September 2019
Verified Purchase
Full of Fifties fun and frivolity, this novel set in the beautiful Cote d’Azur, cleverly links together two separate love stories, one real and one fictional. The well researched tale of Grace Kelly’s meeting and subsequent marriage to Prince Rainer of Monaco , is interwoven with a parallel romance between a French perfume maker and an English photographer. I particularly relished the ‘Grace Kelly’ details. An ‘unputdownable’ read!
Read more
Helpful
Report abuse

beverley gardam
5.0 out of 5 stars A lovely book with facts .
Reviewed in Australia on 22 August 2020
Verified Purchase
What a lovely read ,l just loved this book ,even though l knew about Grace Kelly and her wedding ,but you just need to have a feel good book to read ,and this is the book for you .
Read more
Helpful
Report abuse

blossom
3.0 out of 5 stars An easy to read fantasy.
Reviewed in the United Kingdom on 7 August 2019
Verified Purchase
Oh, the book is quite an enjoyable tale. Light & frothy.
I have not explored to find out if the co authors are from the USA, but in my opinion, this book has been written for the American public.
It is not as awful as some of that persuasion, but anachronisms there are, which as a European, I have tried to ignore, but somehow cannot.
Not only different terms, customs in a general European/English way, but the time period - 1956 - does not appear to have been fully considered.
Rather, today's attitudes etc. have been transported back to then.
Still, aside from that aspect, it is an easy to read story, & is ideal for escaping, from whatever, for an hour or more.
Read more
One person found this helpful
Report abuse

Lasse Pettersson
5.0 out of 5 stars A very enjoyable read.
Reviewed in the United Kingdom on 8 February 2020
Verified Purchase
I liked this book a lot. Sweet story, well written and lovely setting.
Read more
One person found this helpful
Report abuse

Lady Patricia
4.0 out of 5 stars Excellent read.
Reviewed in the United Kingdom on 17 October 2019
Verified Purchase
Excellent read. really enjoyed it. Passed it onto my Mum.
Read more
Report abuse

Jennie D.
2.0 out of 5 stars Not for me!
Reviewed in the United Kingdom on 16 April 2020
Verified Purchase
If Mills and Boon is your thing then you might like this but for me it was badly written, predictable and typical romance.
Read more
Report abuse

emms
5.0 out of 5 stars Lovely book
Reviewed in the United Kingdom on 15 September 2019
Verified Purchase
Loved this book. Perfect summer holiday read and really interesting too.
Read more
Report abuse
See all reviews
Back to top
Get to Know Us
Make Money with Us
Let Us Help You
And don't forget:
© 1996-2021, Amazon.com, Inc. or its affiliates