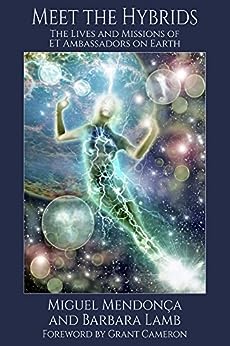 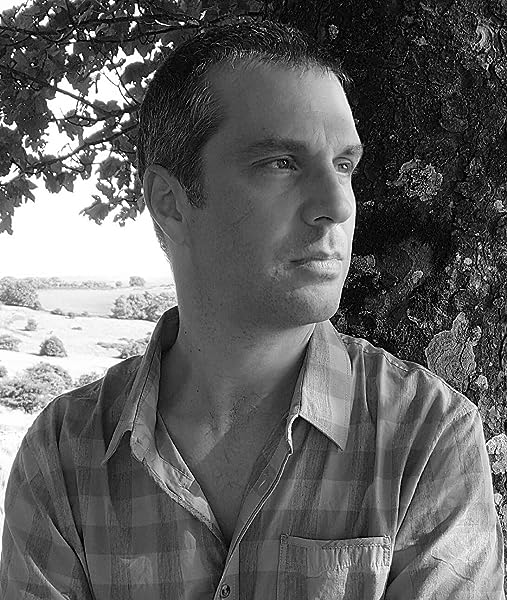 Meet the Hybrids: The Lives and Missions of ET Ambassadors on Earth (The Disclosure Series) Kindle Edition

Miguel Mendonça is an Anglo-Azorean writer of fiction and non-fiction, in which he explores truth, relationships, consciousness and ufology. He is the author of five books. Barbara Lamb is a licensed psychotherapist, hypnotherapist and regression therapist in Southern California. She has worked with over 1,700 people in relation to extraterrestrial encounters. She has co-authored two books, Alien Experiences and Crop Circles Revealed. --This text refers to the paperback edition.

4.5 out of 5 stars
4.5 out of 5
163 global ratings
How are ratings calculated?
To calculate the overall star rating and percentage breakdown by star, we don’t use a simple average. Instead, our system considers things like how recent a review is and if the reviewer bought the item on Amazon. It also analyses reviews to verify trustworthiness.

G Whiteman
2.0 out of 5 stars Not Informative , double dipping , not profound
Reviewed in Australia on 23 February 2020
Verified Purchase
6 of the 8 hybrids are too young 20's to have developed a deep insight into their condition and life . No information on their sexual behaviour etc (though reviews imply there is ) . Book double dips by doing interviews and then taking bits out of the interviews and creating second section .
I would blame the authors ; just lacks gravitas . I know that hybrids do exist and was hoping for something much more profound .
2 Stars just to warn buyers , the cover looks great but content ...

Joseph
5.0 out of 5 stars Compelling and mind bending
Reviewed in Australia on 23 March 2020
Verified Purchase
No matter how improbable, unbelievable and fanciful this book may appear to be to someone who is a pure materialist skeptic, ultimately it presents to be an honest, positive and reassuring account of the true nature of reality and our purpose in this existence. A compelling and mind bending book told with love, compassion and respect.
Read more
One person found this helpful
Helpful
Report abuse
See all reviews

David Saunders
5.0 out of 5 stars At last! The book I've been waiting 28 years for!
Reviewed in the United Kingdom on 20 January 2016
Verified Purchase
I've been waiting 28 years for this book... And finally it gets written not just by someone I know, but a buddy – so thanks, Miguel, for working with Barbara on this splendid and informative book. The reason I was waiting is a story in itself, and it relates to the content...

In 1988 I was living in a community in Iowa where meditation was a common practice and people had all sorts of exotic interests. A friend went on a trip to Egypt to learn about the Nile temples and their secrets, and I asked how it had been. "Do you know about the Space People?" he asked, and of course I said "Tell me!" ... "Well, there's three things about them..." he replied "First, they have an insatiable appetite for science fiction, and second, they have a real sense of urgency for change." Well, I'm pretty high on both those scale, having devoured science fiction whilst a kid, and being something of an activist.

"So what's the third?" I asked, and his reply was rather conspiratorial – "They've got an extra vertebra!" Well that is kind of hard to fake. I'd had back problems once, seen a chiropractor, who tool full back X-Ray, and told me "you've got an extra vertebra." So, bingo – I scored three out of three, and learned I'm a space person... Perhaps...

But I was sufficiently bemused by the news that I forgot to ask what space people do. I'd think about that from time to time, and wonder if I'm on track. Of course I take it with a pinch of salt, asa bit of fun, but whenever I tell this story to a friend (or relative!) and say "So I'm a space person!" they pretty much all say, not unkindly, "David, we knew that already." So... Anyway, how do I like this book, at long last?

I read it quickly and found it fascinating, and not alien at all. It was interesting and informative, and in roughly equal parts hard to believe – and hard not to believe. It's hard to believe that we're alone in the universe, or that technologies more advanced than ours would permit fast and easy space travel. But if space people visit, and are already here, would our governments want us to know? I can easily imagine why not. But there's lots out there now to suggest We Have Contact, and that for the most part they think we're cute. The Bible hints at this – e.g. Genesis 6:2 – "...the sons of God saw the daughters of men that they were fair; and they took them wives of all which they chose."

The bottom line is that according to some bible interpreters, and Miguel and Barbara's interviewees, DNA is a standard for genetic codes, at least in the local cluster, and we're genetically compatible with ETs, and can interbreed – and already did so a long time ago – and in fact all of us are hybrids. That may be a little hard to digest, but it's kind of an interesting speculation – and if we can keep our minds open long enough to play with the idea, it opens up all kinds of interesting possibilities – including space travel faster than Elon Musk is planning, and far better energy technologies than fossil fuels.

But the hybrid interviewees say the fancy technologies are NOT the big agenda. Most important is that we wake up and treat each other and our planet better. So their thinking about consciousness, about society, and the environment suggests they care more about us than we do ourselves – which is pretty neat, and will hopefully inspire a few more of us to get our act together. I can't quite imagine what it feels like to be a hybrid, but if space people really exist, these folks are great ambassadors – and far from being all doom and gloom, the future for humanity looks like it could be pretty cool.

So thanks Miguel and Barbara for finally writing a book about space people and what they do. It's been worth the wait... <Grin>.
Read more
18 people found this helpful
Report abuse

Volkmar
1.0 out of 5 stars Letters to small
Reviewed in the United Kingdom on 16 February 2021
Verified Purchase
I was looking forward to read the Book but to my anger the print is so small that even with glasses
it is very tiring to read just a bit. It is not a joy it is a torture which I am not willing to take.
Has this to do with Amazon Print? A Human publisher would do it better.
Please let me know if you ever going to change this to a piece of beauty.
Kind Regards
Volkmar
Read more
Report abuse

Client d'Amazon
5.0 out of 5 stars Amazing book
Reviewed in the United Kingdom on 21 April 2017
Verified Purchase
This book is really good! In the introduction Barbara says that the person at the beginning of this book will not be the same as the one at the end of the book after reading it, and that is true I am not the same! The interviews are amazing and fill you with peace and love.
Well done Barbara and Miguel for such a good job. Can't wait for the next one!

Graham bromley
5.0 out of 5 stars Highly recommend
Reviewed in the United Kingdom on 11 January 2017
Verified Purchase
It was very interesting and illuminating. I couldn't recommend it enough.
If you feel lost or alone just read this.
Read more
3 people found this helpful
Report abuse

Amazon Customer
5.0 out of 5 stars Very much enjoyed the book
Reviewed in the United Kingdom on 25 January 2016
Verified Purchase
Very much enjoyed the book, a one of its kind and great to get such vital information out to humanity!
Read more
4 people found this helpful
Report abuse
See all reviews
Back to top
Get to Know Us
Make Money with Us
Let Us Help You
And don't forget:
© 1996-2021, Amazon.com, Inc. or its affiliates