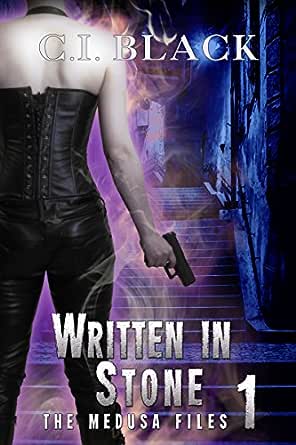 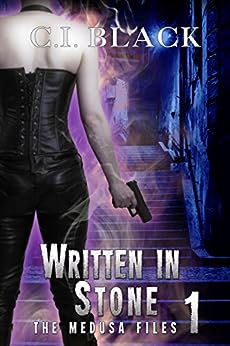 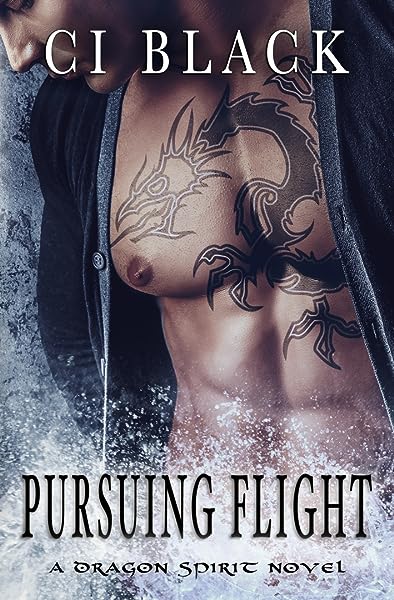 Michelle Murphy
TOP 500 REVIEWER
5.0 out of 5 stars Hard to put down
Reviewed in Australia on 27 February 2018
Verified Purchase
Thus story was a little different from the usual paranormal/urban fantasy stories. I really enjoyed it and found it very difficult to put down. I really love the characters, especially Morgan as she steps into this unknown world. The storyline is captivating and intriguing. I'm definitely looking forward to reading more of this series.
Read more
Helpful
Report abuse
See all reviews

BlackBrigand
2.0 out of 5 stars Rather limp teenage reading
Reviewed in the United Kingdom on 31 August 2014
Verified Purchase
The Medusa Files C I Black Kindle Edition

If you are expecting something along the lines of the classic Hammer film, the Gorgon, or a straight forward horror story you will be disapointed with this offering.

Obviously targeted at the teenage female demographic this is a fantasy about fairytale and mythological characters covertly existing side by side with humans in modern America. Very little real action and virtually no horror theme but a lot of 'girly' references and fantasies about the sexuality and physical attractions of virtually every male character that appears.

My pet hate is fast becoming the failure of authors and publishers on Kindle to identify their books as being for the teenage or juvenile market. This one is definately not adult reading. I passed it to my 14 year old grand-daughter to read and she agreed that it was somewhat limp and lacklustre even for the teenage demographic.
Read more
3 people found this helpful
Report abuse

Jneen
5.0 out of 5 stars Wonderful first book
Reviewed in Canada on 20 November 2017
Verified Purchase
This series has got me hooked, I will have to read more and find out how a gorgon controls her powers.
Read more
Report abuse

Heather
4.0 out of 5 stars Great Read, Couldn't Put it Down
Reviewed in Canada on 1 June 2015
Verified Purchase
I don't normally read urban paranormal, but I couldn't put this one down. Read it straight through and have picked up the next two in the series. Nice blend of fantasy and crime fighting.
Read more
Report abuse

DragonDancer5150
5.0 out of 5 stars I like Morgan. I like her a LOT
Reviewed in the United States on 24 February 2016
Verified Purchase
This really surprised me. In some respects, it's a "typical" urban fantasy - modern-day setting with all our technology and culture and first-world problems but also with elves and demons and ogres hiding in plain sight disguised as normal humans living among us. And the POV character is a sexy, Special-Snowflake female lead.

I like Morgan. I like her a LOT. If only for how...for lack of a better word, "human" she is in her reactions to everything that happens. She finds out that she's special, yes . . . and it scares the crap out of her. She keeps questioning her sanity, keeps denying and resisting the power she's found herself with, a power she can't yet control. She's a tough person, a US Marshal, but Black allows her to be vulnerable, to be scared a few times, to feel off-balance and out of her element without losing her strength of character. And there is an in-world reason that she's *as* special as she is, one that we don't find out till the end of the book but makes sense. She's not just special for the sake of being a Special Main Character.

Also, BIG BIG thing for me - and this is potentially a spoiler-alert of sorts - the story is a bit formulaic in that we've got an awesome, kick-ass female lead so of *course* there's a hot male co-lead . . . but they do *not* automatically wind up "hooking up" by the end of the story. That right there was really refreshing for me. Yes, Morgan is attracted to Gage - powerfully so - but it at least seems from narrative clues that it's less his looks (which are most certainly still a factor in themselves) and more *what* he is, part of his own powers. She's not just hot for him because he's the male lead and she's "supposed" to fall for him, and she *doesn't* fall for him and get together with him romantically by the end of the story. That was a nice change. There's time for that later.

All in all, I really enjoyed this book. My only real complaint was it felt too short. But that could be either because it was, or because I just wanted more regardless of how much more narrative was actually needed to tell this first story. In any case, can't wait to start the next one!
Read more
4 people found this helpful
Report abuse

Tesla727
5.0 out of 5 stars Popcorn Novel
Reviewed in the United States on 19 August 2017
Verified Purchase
I don't know why I like this book. It is short. It is cliffhangery. It reads like the combo of a CSI episode and Twilight, bad fanfic romance and all. But for some reason, I love it, and the rest of the books in the series. I'd definitely suggest getting the combo books if you are going to read further in the series, as they are the better rate. This is very much a popcorn novel - a quick fun read that you shouldn't think too deeply about.

US Marshal Morgan was recovering from an attack several months prior to the story when she is attacked yet again by a large, frightening...man? Nope, not a man, a troll, a monster. She is rescued in part by Gage, who kind-of-sort-of-not explains matters to her. The paranormal is real, and she is right in the thick of things, helping a paranormal detective/FBI type team with their most recent case. For what reason they want her around, well that you have to read the book to find out!
Read more
Report abuse
See all reviews
Back to top
Get to Know Us
Make Money with Us
Let Us Help You
And don't forget:
© 1996-2021, Amazon.com, Inc. or its affiliates