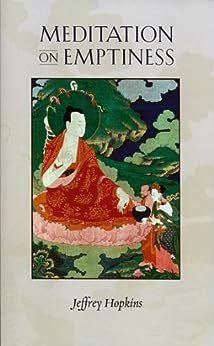 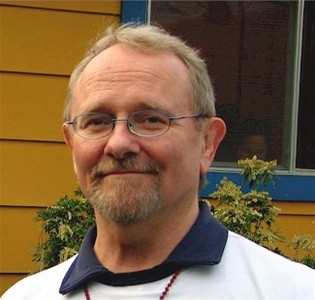 by Jeffrey Hopkins (Author) Format: Kindle Edition
See all formats and editions
Sorry, there was a problem loading this page. Try again.
Read more Read less
Previous page
Next page
Due to its large file size, this book may take longer to download

"One of the great classics... Few subsequent works can be said to equal it in profundity and accessibility."--Jose Ignacio Cabezon, University of California, Santa Barbara

"A rich, comprehensive treatment of emptiness in the Indo-Tibetan Buddhist tradition by the remarkable Western scholar and frequent English translator for His Holiness the Dalai Lama. This is still the standard text on the subject, twenty-five years after its initial publication."--Rev. Danny Fisher

"It brought for the first time a sophisticated account of Tibetan interpretrations of Madhyamaka, which was an enormous resource for those interested in Buddhist philosophy."--Georges Dreyfus

"Hopkins succeeds in bringing this remarkable and complex philosophy to life."--MLBD Newsletter

"An essential book for anyone interested in Tibetan Buddhism or Madhyamika philosophy...and an inexhaustible resource for the study of the Dharma and a major contribution to Buddhist studies."--Buddhist Studies Review

"An important and invaluble work."--Tibet Journal

"This is an extremely practical book. Mr. Hopkins' mind is so infused with Buddhist teachings that he readily translates arcane concepts into practical solutions for the myriad problems of daily existence."--The Beacon --This text refers to an alternate kindle_edition edition.

Jeffrey Hopkins is Professor Emeritus of Tibetan Buddhist Studies at the University of Virginia, where he taught Tibetan Studies and Tibetan language for more than thirty years. He received a BAmagna cum laude from Harvard University in 1963, trained for five years at the Lamaist Buddhist Monastery of America (now the Tibetan Buddhist Learning Center) in New Jersey, and received a PhD in Buddhist Studies from the University of Wisconsin-Madison in 1973. From 1979 to 1989 he served as His Holiness the Dalai Lama's chief interpreter into English on lecture tours in the U.S., Canada, Southeast Asia, Great Britain, and Switzerland. He has published more than twenty-five books, includingMeditation on Emptiness, a seminal work of English language scholarship on Tibetan Madhyamaka thought, as well as translations of works by Tsongkhapa, Dolpopa, and His Holiness the Fourteenth Dalai Lama. At the University of Virginia he founded programs in Buddhist Studies and Tibetan Studies and served as Director of the Center for South Asian Studies for twelve years. --This text refers to an alternate kindle_edition edition.

4.9 out of 5 stars
4.9 out of 5
31 global ratings
How are ratings calculated?
To calculate the overall star rating and percentage breakdown by star, we don’t use a simple average. Instead, our system considers things like how recent a review is and if the reviewer bought the item on Amazon. It also analyses reviews to verify trustworthiness.

katiuscia yamanaka
5.0 out of 5 stars The best book about emptiness I ever read.
Reviewed in the United Kingdom on 18 November 2014
Verified Purchase
This is a jewel! I am so grateful this book crossed my path at this time in my life. You will need some understanding about Buddhism in order to get most out of this book.
Read more
One person found this helpful
Report abuse

Paulo Humberto Rocha
5.0 out of 5 stars Meditation on Emptiness
Reviewed in Brazil on 1 July 2014
Verified Purchase
Superb!! A "must" for anyone who wishes to deepen his/her understanding of the Madhyamaka system of Buddhism. I had the printed version (which unfortunately was destroyed by a maddened ex-wife with the most part of my large library on Eastern religions and philosophies) and I was very glad to see the title now available through Kindle e-books. I eager for the moment I can see issued other titles by prof. Hopkins, especially "Emptiness Yoga" and "Meditative States in Tibetan Buddhism", which focus more on the practical side and in the relations between the framework of the Madhyamaka school and the jhanas. Together, the three form a solid corpus.
Read more
Report abuse
See all reviews
Back to top
Get to Know Us
Make Money with Us
Let Us Help You
And don't forget:
© 1996-2021, Amazon.com, Inc. or its affiliates