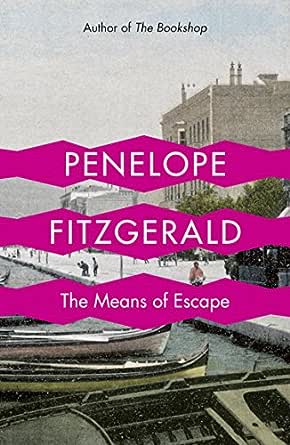 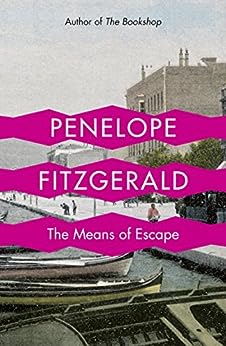 The Means of Escape Kindle Edition

‘Of all the novelists in English in the last quarter-century, she has the most inarguable claim on greatness. This is a small book, probably not above 25,000 words, but a remarkably rich one. It sets the seal on a career we, as readers, can only count ourselves lucky to have lived through.’ Philip Hensher, Spectator

‘So readable, so sharply tender, at the top of her form.’ Adam Mars-Jones, Observer

‘As succinct, droll and individual as Fitzgerald has, over the years, given us every right to expect.’ Sunday Times

‘Eight masterpieces, polished and perfect, and with such mesmerising characters that each story is equal to any novel.’ Polly Samson, Independent ‘Books of the Year’

Penelope Fitzgerald was one of the most elegant and distinctive voices in British fiction. Three of her novels, The Bookshop, The Beginning of Spring and The Gate of Angels have been shortlisted for the Booker Prize. She won the Prize in 1979 for Offshore. Her last novel, The Blue Flower, was the most admired novel of 1995, chosen no fewer than nineteen times in the press as the ‘Book of the Year’. It won America’s National Book Critics’ Circle Award. She died in April 2000, at the age of eighty-three.

Here, gathered together in a book form for the first time, is a superb collection of Penelope Fitzgerald's short stories. From the tale of a young boy in seventeenth century England who loses a precious keepsake to that of a group of buffoonish amateur Victorian painters on a trip to Brittany, these stories are wry and mischievous, deft and nimble – tragi-comedies of misunderstandings and missed opportunities. They are each, in their own way, miniature studies of the endless absurdity of human behaviour, seen through the author's generous, but unwavering moral gaze. This is Penelope Fitzgerald at her most generous, her most amusing, her most graceful.

B. Smith
4.0 out of 5 stars Surprising
Reviewed in the United States on 22 February 2019
Verified Purchase
I was expecting something gothic and romantic. To my delight, I read a serious novel, one that explored the fraught relationships between men and women from the 19th century to modern times in Newport, RI. Not exactly time travel, but the novel weaves back and forth between then and now and shows the reader that the patina of manners and customs in Newport culture belied the passion, anxiety, fear, class warfare, and a whole host of other cultural norms that are brought to bear on adult love. Each main character -- all men -- has his own style, language, sensitivity (or lack thereof), and learns the truth about love in hard fought and sometimes tragic ways.
Read more
Report abuse

Alan Ross
5.0 out of 5 stars Genius.
Reviewed in the United States on 8 May 2020
Verified Purchase
Profound insights into various peoples behavior that informs and delights. Nothing is “overdone” or surplus. A continuous delight and profoundly readable.
Read more
Report abuse
See all reviews
Get FREE delivery with Amazon Prime
Prime members enjoy FREE Delivery and exclusive access to movies, TV shows, music, Kindle e-books, Twitch Prime, and more.
> Get Started
Back to top
Get to Know Us
Make Money with Us
Let Us Help You
And don't forget:
© 1996-2020, Amazon.com, Inc. or its affiliates