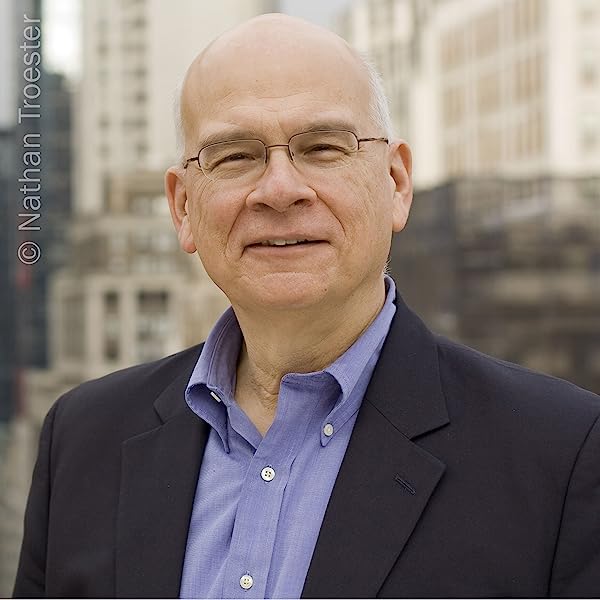 The Meaning of Marriage: Facing the Complexities of Commitment with the Wisdom of God Paperback – 5 November 2013

by The Meaning of Marriage: Facing the Complexities of Commitment with the Wisdom of God (Author)
4.8 out of 5 stars 4,547 ratings
See all formats and editions
Sorry, there was a problem loading this page. Try again.

This is a book Christians need to read. --The Christian Post The rare marriage book I would heartily recommend to any single, no matter his or her age, whether dating, courting, engaged, or disinterested . . . Rich and practical. --The Gospel Coalition A brilliant new book that explains why marriage is in such dire straits, and how to rescue it. --BreakPoint

Timothy Keller was born and raised in Pennsylvania and educated at Bucknell University, Gordon-Conwell Theological Seminary, and Westminster Theological Seminary. His first pastorate was in Hopewell, Virginia. In 1989 he started Redeemer Presbyterian Church in New York City with his wife, Kathy, and their three sons. Today, Redeemer has nearly six thousand regular Sunday attendees and has helped to start more than three hundred new churches around the world. He is the author of The Songs of Jesus, Prayer, Encounters with Jesus, Walking with God Through Pain and Suffering, and Every Good Endeavor, among others, including the perennial bestsellers The Reason for God and The Prodigal God. Kathy Keller grew up outside Pittsburgh, Pennsylvania, and attended Allegheny College, where she led Christian fellowship groups, before attending Gordon-Conwell Theological Seminary. She met Timothy Keller while studying there, and they were married at the beginning of their final semester. She received her MA in Theological Studies at Gordon-Conwell in 1975. Kathy and Tim then moved to Virginia, where Tim started at his first church, West Hopewell Presbyterian Church, and their three sons were born. After nine years, Kathy and her family moved to New York City to start the Redeemer Presbyterian Church.
Start reading The Meaning of Marriage on your Kindle in under a minute.

4.8 out of 5 stars
4.8 out of 5
4,547 global ratings
How are ratings calculated?
To calculate the overall star rating and percentage breakdown by star, we don’t use a simple average. Instead, our system considers things like how recent a review is and if the reviewer bought the item on Amazon. It also analyses reviews to verify trustworthiness.

Aaron Williams
5.0 out of 5 stars A valuable and powerful book.
Reviewed in Australia on 13 December 2020
Verified Purchase
This book is so valuable and powerful for the Christian to read. It challenges, brings conviction, change and growth. It is both very educational on marriage and has much application for the believer.

I highly recommend this book for both singles and couples looking to marry and already married. You won't regret reading this book!
Read more
Helpful
Report abuse

Blair Easdon
4.0 out of 5 stars Fantastic Starting Point
Reviewed in Australia on 7 September 2014
Verified Purchase
I'm 25, not yet married, and still embarking of the journey of relationships. This was the first book on marriage I have read, and though my opinion holds minimal weight due to my inexperience, I thought this a well balanced starting point for how to view, and eventually conduct a Christ-centred marriage.

12 years of being a Christian has over time helped me come to know vaguely some of the points Keller made, and know the different way Christians should view the purpose of relationships, the Right Person Myth and so on, but The Meaning of Marriage helped put them into words, in a coherent, logical, structured way.

I think Keller does a good job at regularly defending marriage throughout the book from the many different cultural opinions and shift over the years that has impacted how it is viewed in society, and defines it well in biblical terms. I appreciated the inclusion of the section on including singles in marriage, as well as the viability of singleness as a perfectly alright lifestyle.

While I realise marriage may be somewhat hard to define as it is quite dynamic, I think it would have been useful for Keller to hone in on his definition of the meaning of marriage. I felt he often tried to put somewhat the same idea into different words each time, making it slightly harder to follow the flow of his overarching point. By the same token, the different definitions do provide more ways to comprehend the main point.
I personally found the book to be slightly harder to follow in total than other writers who I've read (namely, Andy Stanley), but I seldom needed to stop and backtrack to try find his train of thought again, as I do with other authors. Maybe my attention span is lacking.

On top of the above, minor gripes I had with the book, the only reason I didn't give The Meaning of Marriage a 5 star rating is, I thought Keller began to omit the Holy Spirit toward the end of the book, particularly when describing the parallels between marital love and love within the Trinity. The Bible more regularly speaks of the love between the Father and Son, but for the number of times 'Trinity' is mentioned, there was a significant lack of discussion regarding the Holy Spirit. Furthermore, the impact of the Holy Spirit in enabling us to live out the principles described throughout the book was rather much missing as well.

Otherwise, from the eyes of a beginner, and someone who was until recently single, this is a fantastic book to help understand the purpose, power, meaning and joy of the covenant of biblical marriage.
Read more
One person found this helpful
Helpful
Report abuse

Tony McGiffin
5.0 out of 5 stars Five Stars
Reviewed in Australia on 9 August 2015
Verified Purchase
Brilliant book. I would definitely recommend it to singles or married!
Read more
Helpful
Report abuse
See all reviews

Reader
3.0 out of 5 stars Not right book for me
Reviewed in the United Kingdom on 31 May 2020
Verified Purchase
I tried to like this book - I really did. I even ordered it twice having put it away the first time. I find it very dry and didn't enjoy it. I also didn't feel particularly encouraged either. I've been exploring the Catholic faith and was delighted to find a shorter book: Cherishing Your Wedding by Kerry Urdzik much more to my liking and preference. This is simply my personal opinion; I can see that others have loved this book.
Read more
3 people found this helpful
Report abuse

Kenan Berker
5.0 out of 5 stars Don't wait to be in a relationship before reading this
Reviewed in the United Kingdom on 19 October 2015
Verified Purchase
Great theological and practical view on marriage and human relationships in general. Using Ephesians 5 as a base text, Tim and his wife Kathy basically give an extended opening up of the passage, which reveals amazing views of God's design and purpose for marriage and it's reflection of a triune God, as well as very real, practical advice about seeking, maintaining and delighting in a marriage relationship.

As I said in the review title, you will hopefully learn as much about God through this book as you will about relationship advice, so don't need to be contemplating marriage any time soon to read it. The Kellers also give great advice on what to seek in a potential spouse, showing how Christian values are very different from what our (particularly western) culture says we need to find a partner.

Chapter 7 is on singleness which I found really helpful and also challenging to my own views. They make the case that Christianity is one of the few world views which holds singleness in high regard and not a lesser life. It is in the church, the family of God, that singles are able to learn and grow from time with the opposite sex, in an obviously less intense way than marriage, but nonetheless just as effectively. Also a challenge to churches to love and support singles, not making them feel, in the worst case scenario, as second class Christians.
Read more
20 people found this helpful
Report abuse

Mr. T. E. Rochester
5.0 out of 5 stars Solidly Biblical and Emotionally Satisfying
Reviewed in the United Kingdom on 21 April 2013
Verified Purchase
I purchased this book as I am considering marrying my long-term girlfriend and wanted some advice as to what biblical marriage consists of.

Having previously read some of Keller's other books (EG The Reason for God, The Prodigal God), I found the writing style similar: solid research backed up by years of practical wisdom as a church pastor, but with perhaps an over-reliance on CS Lewis, his favourite author.

Some may disagree with his positions concerning biblical headship, but he only mentions this in terms of the household, not church leadership, though I suspect he would reject the Egalitarian position there. Kathy's chapter on this is very useful.
Similarly, his belief that sex should only be enjoyed within marriage (the focus of Chapter 8), and that marriage is for one man and one woman only may strike some as homophobic or constricting, but this book is unashamedly for Christians, or for those wanting to know what a Christian marriage consists of. All of his opinions are firmly backed up from scripture.

Overall, I found this book very helpful. It confirmed much of what I already expected, but also gave me new insights and analogies I had never considered before.
Read more
13 people found this helpful
Report abuse

Tim Keller and his wife begin by taking a good look at the way the world and society around us and through history has viewed sex and marriage and how that effects views of marriage within the church, our own views too.

Having acknowledged the background we have, they then turn to the Bible to correct our distorted views of marriage.

There is a chapter for singles too, how they should view marriage. So it is not just a book for marrieds.

There is also a chapter on the controversy of headship and submission in marriage which they deal with very well.

In the end, whether you're a single, a husband or a wife, our model is the servant/leader who laid down His life for others.
Read more
5 people found this helpful
Report abuse
See all reviews
Back to top
Get to Know Us
Make Money with Us
Let Us Help You
And don't forget:
© 1996-2021, Amazon.com, Inc. or its affiliates