Me, Jill Robinson! The Television Quiz and over 1.5 million other books are available for Amazon Kindle . Learn more
Share <Embed> 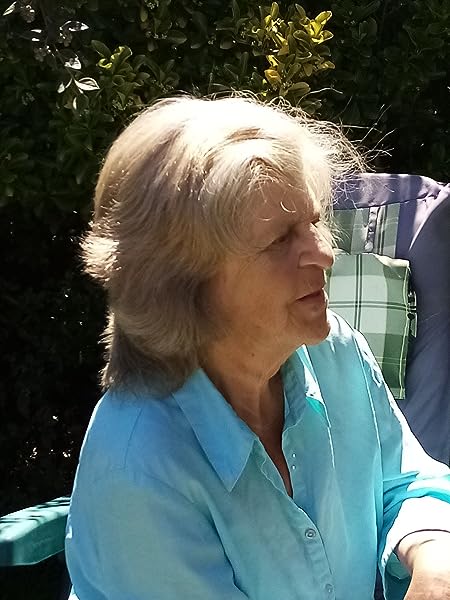 Me, Jill Robinson And the Television Quiz Paperback – 26 April 1990

Start reading Me, Jill Robinson! The Television Quiz on your Kindle in under a minute.

ellie Purchase
5.0 out of 5 stars me jill Robinson tbe telelevision quiz
Reviewed in the United Kingdom on 29 June 2014
Verified Purchase
brilliant the best book i have ever read at mid-night it was refreshing vand a good book to read once you start you cant put it down
Read more
One person found this helpful
Report abuse

Richard and Liz
5.0 out of 5 stars A great intro to this wonderful series!
Reviewed in the United States on 26 March 2014
Verified Purchase
Meet Mum and Dad, their children Sarah, Jill and Tony and last but not least Gran, Dad's mum, who lives with them. The story opens with the family moving to a brand new town, Haven, due to Dad's company moving there. Gran decides she is not moving so locks herself in her room. After begging doesn't work, they resort to speaking loudly under Gran's window, instructing the removers to bring all the furniture back into the house. They have decided not to move! Of course this has the desired effect on Grandma who comes out telling them that of course they are going to move.

The first day in their new house, the living room carpet is delivered. To the children's horror it is bright pink and black. Why on earth did mum order a carpet that color? (Mum has gone shopping.) Only after an accident with some Indian ink and the neighbor across the street coming to demand that they give her her carpet and come pick up theirs do they realize that the delivery men delivered the wrong carpet. What are they going to do about the black stain on the pink part of the carpet?!

One of the first kids that Jill meets is Linda (Melinda) the mayor's daughter. Lindy is a red head, very highly strung, longing for some attention from her dad and always in trouble at school. Lindy's mum died when she was young.

Jill is nervous about starting a new school but soon settles in. The big news is that her school is going to be on Top Show, a famous quiz show by the BBC. The top performer from each class is going to be on the show. Her teacher, Miss Rawlings, gives them a general knowledge quiz and guess who gets top marks? Lindy with 30 out of 30. It is not all plain sailing from there. Read this great story to see what happens.

A gentle story about an "intact" family that care about each other. No bad language. Yes, Sarah is at the age where she is looking at boys but it is all innocent fun. HIGHLY RECOMMENDED!
Read more
3 people found this helpful
Report abuse

Pop Bop
4.0 out of 5 stars An Appealing Heroine Who's Part of a Happy Supportive Family
Reviewed in the United States on 8 March 2014
Verified Purchase
This is the first book in the six book "Me, Jill Robinson..." series. The other books involve mystery and mild girl-detective adventure but this book is a very calm and engaging volume that basically sets up all of the characters. Jill is our heroine. There's an older sister, who is a bit boy crazy but is always there to back Jill up. There's a younger brother who is a bit of a loose cannon. Mom and Dad are smart, observant, intuitive and involved. Gran is Dad's Mom and she's a bit of a pistol.

As the book opens they are all moving together to a new town so Dad can start a new job. Sister Sarah has to get settled before starting art school. Brother Tony has to start a new school. Jill is starting a new school and trying to make friends. The main drama turns on Jill's friendship with a girl, Lindy, who will feature as Jill's BFF in all of the later books. Lindy is basically acting out some family issues.

So, there is no over-arching mystery, the drama is subdued, the resolution is upbeat, and we mostly just have an amusing, good-hearted, sometimes comic and always amiable introduction to Jill and the rest of the Robinson family. That may not sound like much, but the book is so well written, the characters are so congenial, and the general air of decency and familial affection is so strong, that it ends up a jolly read despite the absence of any ripping adventure. Since the later books are good and to be recommended this foundation story does come with the promise of payoffs later in the series.

After I read this I looked a bit more closely at the author, Anne Digby. Interestingly, she has taken up Enid Blyton's baton and has written a number of books that continue Blyton's Naughtiest Girl series. She also has a series about a young girl at the Trebizon boarding school, which echoes Blyton's Malory Towers and St. Clare's school series. I thought this was interesting mainly because Blyton's Famous Five and Adventure books would have been the ones I would have compared the Jill Robinson series to even if there hadn't been such a strong connection.

The Jill Robinson books are smartly written but they have an old fashioned feel. The kids ride bicycles around. They stop for tea. They are mannerly and polite, but they are like terriers once they get their teeth into a mystery. And get this - Jill and Tony and Sarah like each other, and admire each other, and often cooperate or talk through their differences. No moaning or kvetching. Not once did anyone roll their eyes; although once Jill raised her eyebrows at Sarah, who raised her eyebrows back, behind Mom's back.

This not dopey stuff. Dialogue is sharp. The kids are smart. The adults are more rounded out than usual. The stories don't plod. Scenes are efficiently set and the plot moves along nicely. It's just not frantic or sketchy, and it's all calmly and carefully crafted. A bit slow at times? I guess so. But that's a small price to pay for such engaging characters, good writing, good humor and satisfying craftsmanship. A very happy find for your middle grade or possibly younger reader.

Please note that I found this book while browsing Amazon Kindle freebies. I have no connection at all to the author or the publisher of this book.
Read more
2 people found this helpful
Report abuse

Kindle Customer
5.0 out of 5 stars Very good read
Reviewed in the United States on 11 December 2014
Verified Purchase
Anne Digby is a good writer. Her books keep you engaged and are fun.

The family has to move to a newly built town which has no history. It is completely new. That fascinated me as I come from an old town.
She goes to an all girl's school, and along with the rest of the class, takes a general knowledge test. The top scorer will end up going on a BBC television quiz show that features school kids.
Her brother has started his new school (where there is a bully) and her older sister has met a boy (boys like her) and she is looking for a job. She is an artist. Oh, and she is teaching at the community center. Quick work. The boy helped her with that.
Granny, who lives with them has met a friend from the local old people's (senior citizen) center/home and they are complaining about something or other that gets them forming a committee.
And dad is starting his new position for his firm.
Well, you get involved...
Read more
One person found this helpful
Report abuse
See all reviews
Back to top
Get to Know Us
Make Money with Us
Let Us Help You
And don't forget:
© 1996-2021, Amazon.com, Inc. or its affiliates