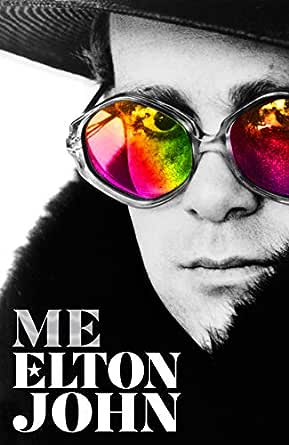 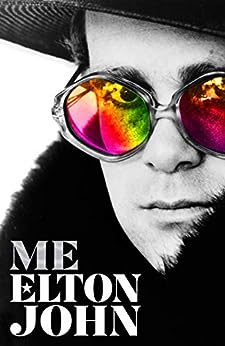 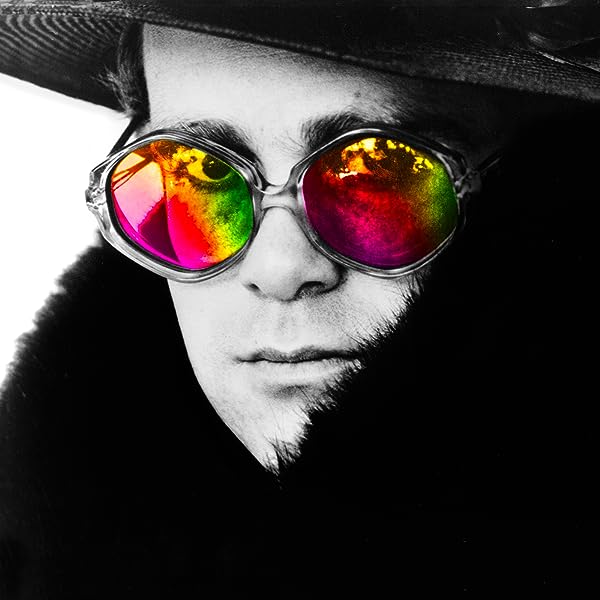 "[Me] pushes the envelope. . . . The movie Rocketman gave a reasonably accurate overview of the Elton John story--but it barely scratched the surface of what's in this memoir. The lurid parts will get all the headlines. But [it is really about] the man's hard-won self-knowledge."
--The New York Times

"Thought you got all of Elton John's story in the rollicking biopic, Rocketman? Well, consider that merely a tasty appetizer ahead of this ultra-rich and heavy dinner."
--NBC News

"Magnificent. . . . While Me is as colorful as you'd expect from an artist famous for his outlandish stage costumes and outsize temper tantrums, it is also so much more. . . . Fans who think seeing Rocketman was enough and can 'eventually' read his memoir, we can tell you: do not wait a long, long time. Me is a riveting, laugh-til-you-cry, heartfelt page-turner."
--Entertainment Weekly

"[Elton] proves himself an engrossing, fluid and alarmingly forthcoming writer. . . Like [his] songs, Me overflows with whimsical characters, twisted humor, winking self-aggrandizement and stark pathos. . . . An absorbing and unfettered joy."
--TIME

"By turn hilarious, touching, and surprising. . . . In between the countless anecdotes with stars from across the decades, John's enthusiasm for music continues to shine through. . . . It's wonderful to read [and] compelling evidence that Elton John was born to be [a star]."
--The Independent

"Outrageously enjoyable. . . . [Elton] is utterly, astonishingly, hilariously self-lacerating. . . . His clear-eyed honesty and his ear for the comic line make him a deeply appealing memoirist."
--The Guardian

"Excellent. . . . [Me] mines a rich seam of salacious and self-deprecating anecdote, heady scandal, personal struggle, and ultimate redemption, all delivered with a total lack of self-consciousness."
--The Wall Street Journal

"A uniquely revealing pop star autobiography. . . . Me is essential reading for anyone who wants to know the difficult road that [Elton has] walked."
--Rolling Stone

I thought I knew everything about Elton, but after reading his book, I learned so much more, Bernie Taupin

It's a gift to finally hear from someone who has delivered so many of Taupin's words and so few of his own, New York Times

Me is a riveting, laugh-til-you-cry, heartfelt page-turner., Entertainment Weekly

Outrageously enjoyable . . . racy, pacy and crammed with scurrilous anecdotes - what more could you ask from the rocket man? -- Book of the Week, Guardian

The rock star's gloriously entertaining and candid memoir is a gift to the reader.... wildly enjoyable., Sunday Times Culture

All the sex, drugs and showbiz gossip you could want . . . A chatty, gossipy, amusing and at times brutally candid account, Telegraph

Stirling Runyon
5.0 out of 5 stars Loved it!
24 February 2020
Format: HardcoverVerified Purchase
Elton John was my favourite artist as I was growing up. I bought his albums as they came out, went to see hm live when I could and heard about his life in the news and reviews. This autobiography took me back through all that and filled so many gaps in stories that was half aware of. I found a lot of it fascinating. The stories flesh out the stories of his development as a songwriter and performer but you also get insights into him as a person. He doesn't go easy on himselfr. He spent a lot of years being very messed-up and it's to his credit that he doesn't shy away from writing about those years. I thoroughly enjoyed the nostalgia of going back through his past and ending up with a more rounded picture of this man. I found the story of him getting sober and starting his AIDS foundation moving and inspiring. I saw him recently on his final tour.. At 72 he is as generous in his commitment to live performances as he ever was. A great songwriter and performer but also an honest, generous and kind soul.
Read more
Helpful
Comment Report abuse

Jewels
4.0 out of 5 stars Forgiven
8 January 2020
Format: Kindle EditionVerified Purchase
I was in the audience of one of Elton's concerts in Brisbane, Australia when he threw a hissy fit and walked off the stage early never to return for not only an encore but to thank his loyal fans. I was talked into attending another concert a couple of years later when he performed with a much loved Billy Joel to be surprised and disappointed that they sang each other's songs. I said never again. Having read this more than honest account of Elton's story I was ready to give him a third chance only to discover that his concerts in Australia are now sold out. I have terminal cancer so I have now missed this opportunity. I'm hoping his 'final' concerts in Australia will be a resounding success for Elton and his fans. Thank you Reg Dwight for everything you have done for the world. Your boys will be proud.
Read more
One person found this helpful
Helpful
Comment Report abuse

Alison Robertson
4.0 out of 5 stars Such a fascinating insight of a true music icon.
17 December 2019
Format: Kindle EditionVerified Purchase
Even before I heard of the movie adaptation (starring Taron Egerton), I wanted to read this book. Elton was my childhood soundtrack throughout the 1970s and 1980s and I had never once stopped to wonder as to how a gawky bespectacled boy called Reg from Pinner became a rock icon - so this book uncovers his childhood, his rise to fame, and his battles with alcohol and drugs. His writing is witty and engaging and he pulls no punches - there is never "woe is me" but instead he meets his demons head-on and bares himself mistakes and all. An enjoyable read and a veritable who's who of music royalty within these pages. Brilliant.
Read more
One person found this helpful
Helpful
Comment Report abuse

Naomi snooks
5.0 out of 5 stars Great read, well done to Elton
9 November 2019
Format: Kindle EditionVerified Purchase
I’m not a die hard Elton fan but Ive heard his music since I was 9 years old.. I was interested in his story because he’s been around for so long and I was interested in what he had learnt in life especially coming out of that kind of industry...
I wasn’t disappointed, I feel like he was honest in baring his heart and sharing his journey the way he did.. he’s had an amazing life and appears to be humble and thankful for what that life has benefited him.. great read and well done to Elton
Read more
One person found this helpful
Helpful
Comment Report abuse

Brenda Kovacevic
5.0 out of 5 stars Insightful and funny, tender and warm, Me is a remarkable story of triumph.
26 November 2019
Format: Audible AudiobookVerified Purchase
Wonderful insights into a brilliant yet very human man. Elton’s sense of humour shone through, his honesty - brave, his humility - admirable, his flaws - relatable, his pain - heartbreaking, his passion - inspiring. For all that I loved & learned, I was left wanting to know even more about this remarkable, talented, international treasure who I’m proud to be a fan of.
Read more
One person found this helpful
Helpful
Comment Report abuse

Anne
5.0 out of 5 stars Fascinating Story
7 February 2020
Format: Kindle EditionVerified Purchase
I loved this book. It was honest and raw and didn't beat around the bush. Elton is honest in his flaws and faults, as well as his passions. His stories about his life with people like Rod Stewart, Princess Diana and meeting some of his idols is so interesting. I would highly recommend this, regardless of if you are an Elton fan. It's great.
Read more
Helpful
Comment Report abuse

Michael Keane
4.0 out of 5 stars WARTS AND ALL
17 January 2020
Format: Kindle EditionVerified Purchase
I’VE NEVER BEEN A REAL ELTON JOHN FAN BUT THIS BOOK IS AS HONEST AS YOU COULD GET. VERY BRAVE OR SIMPLY AUDACIOUS, BUT WHATEVER - A GREAT READ. RECOMMENDED.
Read more
One person found this helpful
Helpful
Comment Report abuse
There are 35 customer reviews and 65 customer ratings.
See all 35 customer reviews
Write a customer review

Go to Amazon.com to see all 1,060 reviews 4.8 out of 5 stars
Get FREE delivery with Amazon Prime
Prime members enjoy FREE Delivery and exclusive access to movies, TV shows, music, Kindle e-books, Twitch Prime, and more.
> Get Started
Back to top
Get to Know Us
Make Money with Us
Let Us Help You
And don't forget:
© 1996-2020, Amazon.com, Inc. or its affiliates