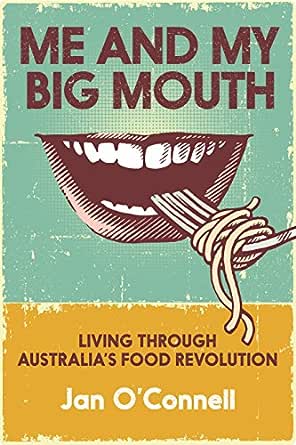 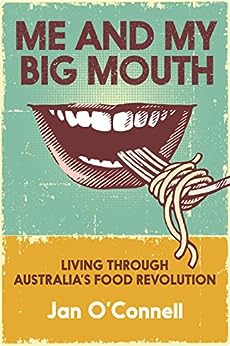 Me and My Big Mouth: Living through Australia's food revolution Kindle Edition

60 Kindle Books for $2 each
Browse our selection of Kindle Books discounted to $2 each. Learn more
click to open popover

Christin
5.0 out of 5 stars Very enjoyable trip down memory lane
Reviewed in Australia on 14 August 2018
Verified Purchase
I loved this book. Having grown up in Melbourne I could relate to the setting and description of life in a simpler time. Long forgotten places,foods and social rituals were brought to life and brought back many of my own memories. I bought the Kindle but am going to buy the book as well.
Read more
Helpful
Comment Report abuse

Bronwyn Gartside
4.0 out of 5 stars A wonderful baby boomer's memoir
Reviewed in Australia on 10 March 2020
Verified Purchase
I'm writing a good memoir and found Jan's book well-written and entertaining, as I could relate to her life experiences.
Read more
Helpful
Comment Report abuse