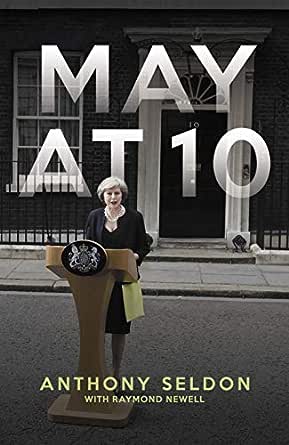 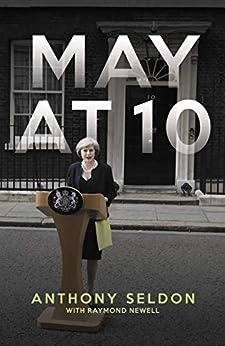 May at 10 Kindle Edition

"This new book tells the inside story of the most turbulent period in modern British politics for 100 years." - East Anglian Times 'The great value of his book... is that it provides the layman and the historian with a treasure trove of interviews, and of insights from the heart of government.' - The Times 'If you want to know who did what when and why, this book will tell you. Seldon excels at piecing together how critical decisions came to be made before coming to well-reasoned judgments about their wisdom and impact.' - Andrew Rawnsley, The Observer "Seldon has done the nation and historians a service by digging deep into what went wrong inside May's No 10." - Julian Glover, The Evening Standard "Extraordinarily detailed." - The Sunday Times "Casts disturbing light on a prime minister who too often preferred to rule in the comfort of darkness." - New Statesman

Theresa May has presided over the most dramatic and historic peacetime premiership for a century. May at 10 tells the compelling inside story of the most turbulent period in modern British politics for 100 years.

Written by one of Britain’s leading political and social commentators, May at 10 describes how Theresa May arrived in 10 Downing Street in 2016 with the clearest, yet toughest, agenda of any Prime Minister since the Second World War: delivering Brexit. What follows defies belief or historical precedent. This story has never been told.

Including a comprehensive series of interviews with May’s closest aides and allies, and with unparalleled access to the advisers who shaped her premiership, Downing Street’s official historian Anthony Seldon decodes the enigma of the Prime Minister’s tenure. Drawing on all his authorial experience, he unpacks what is the most intriguing government and Prime Minister of the modern era.

A. T. Yoshida
4.0 out of 5 stars The Second Draft of History
21 December 2019 - Published on Amazon.com
Verified Purchase
An early assessment of the failed premiership of Mrs. May, this book provides a solid early assessment of where she went to comprehensively wrong, with many people speaking with a surprising frankness. The final assessment, of course, will have to wait some years yet, but this is a good start for anyone who wants to understand just what went wrong and, frankly, what was wrong with Theresa May - a nice-enough woman but a jumped-up hack with neither the vision nor the skills to succeed.
Read more
One person found this helpful
Go to Amazon.com to see all 1 reviews 4.0 out of 5 stars
Get FREE delivery with Amazon Prime
Prime members enjoy FREE Delivery and exclusive access to movies, TV shows, music, Kindle e-books, Twitch Prime, and more.
> Get Started
Back to top
Get to Know Us
Make Money with Us
Let Us Help You
And don't forget:
© 1996-2020, Amazon.com, Inc. or its affiliates