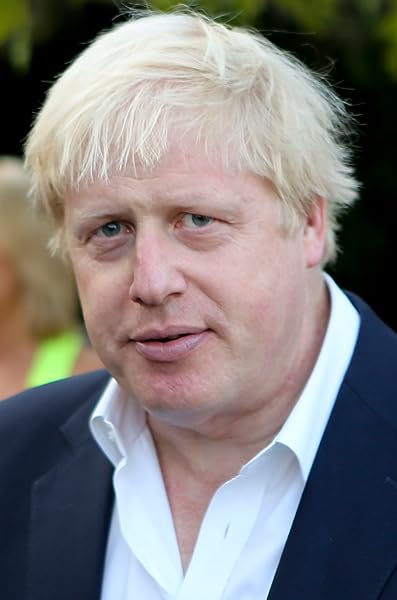 by Katherine Johnson (Author)
3.7 out of 5 stars 6 ratings
See all formats and editions
Sorry, there was a problem loading this page. Try again.

The award-winning author of The Better Son is back with Matryoshka – a beautifully written and haunting tale of family, secrets, violence and refuge, set against the breathtaking backdrop of Tasmania.

When Sara Rose returns to live in her recently deceased grandmother’s Tasmanian cottage, her past and that of her mother and grandmother is ever-present. Sara’s grandmother, Nina Barsova, a Russian post-war immigrant, lovingly raised Sara in the cottage at the foot of Mt Wellington but without ever explaining why Sara’s own mother, Helena, abandoned her as a baby.

Sara, a geneticist, also longs to know the identity of her father, and Helena won’t tell her. Now, estranged not only from her mother, but also from her husband, Sara raises her daughter, Ellie, with a central wish to spare her the same feeling of abandonment that she experienced as a child.

When Sara meets an Afghani refugee separated from his beloved wife and family, she decides to try to repair relations with Helena – but when a lie told by her grandmother years before begins to unravel, a darker truth than she could ever imagine is revealed.

Matryoshka is a haunting and beautifully written story about the power of maternal love, and the danger of secrets passed down through generations.

Katherine Johnson is the author of three previous novels: Pescador’s Wake (Fourth Estate, 2009), The Better Son (Ventura Press, 2016) and Matryoshka (Ventura Press, 2018). Her manuscripts have won Varuna Awards and Tasmanian Premier's Literary Prizes. The Better Son was longlisted for both the Indie Book Awards and the Tasmania Book Prize. Katherine holds both arts and science degrees, has worked as a science journalist, and published feature articles for magazines including Good Weekend. Katherine lives in Tasmania with her husband and two children. She recently completed a PhD, which forms the basis of her latest novel, Paris Savages.
Start reading Matryoshka on your Kindle in under a minute.

Jennifer
TOP 10 REVIEWER
4.0 out of 5 stars ‘My grandmother’s life story comes to me in staccato flashes, ...
Reviewed in Australia on 10 October 2018
... for she refused to tell me many of the details, perhaps even the most important ones.’

Sara Rose has recently separated from her husband in Brisbane. Sarah’s grandmother, Nina Barsova, has recently died and left her cottage to Sarah. Sarah decides to return to Hobart with her daughter Ellie. She needs space in which to think about the future, and where better than the cottage in which she was raised by her grandmother at the foot of Mount Wellington. But returning to Hobart raises other issues for Sara. She is estranged from her mother, who has refused to tell her who her father was. And while Nina raised Sara lovingly, she has never known why Helena abandoned her. Sara is a geneticist: these gaps in her self-knowledge matter, and she would like some answers. This is even more important now: she may be separated from her husband, but she wants her daughter to know him.

As Sara settles into life in Hobart, she meets a number of men who have travelled to Australia by boat seeking refuge and who are waiting to have their status as refugees determined. One of those men, Abdhul, is an Afghani whose wife and children are in Pakistan. Sara befriends Abdhul and tries to help him. Sara’s friendship with Abdhul leads her to take tentative steps towards establishing a relationship with her mother. But there are family secrets to be uncovered as well.

For me, the major themes of this novel are identity, belonging and the impact of family secrets. Sara wants to find out who her father is and why her mother abandoned her. Abdhul wants a place of safety, and to be reunited with his family. Sara’s past contains secrets, some of which will be painful. And what can I say about the plight of those, such as Abdhul, who seek refuge in this country? I enjoyed this novel because of the setting, and because Ms Johnson raises some important albeit uncomfortable issues. Those issues for me include: just how important is the past in shaping the future? How do our perceptions of those around us guide our responses to their needs? How easy is it to erect the ‘us’ and ‘them’ barriers?

Note: My thanks to NetGalley and Simon & Schuster (Australia) for providing me with a free electronic copy of this book for review purposes.

Kylie D
TOP 500 REVIEWER
3.0 out of 5 stars A Thought-Provoking Novel
Reviewed in Australia on 24 September 2018
A thought-provoking novel that sees Sara, a geneticist, separate from her husband in Brisbane and move back to her childhood home in Hobart with her young daughter. Her grandmother, a Russian immigrant, has recently died and left her little cottage to her. Sara is estranged from her mother, a doctor in Sydney, and she doesn't even know who her father is. As Sara and young Ellie settle back into Tasmania Sara soon befriends a young Afghani refugee, Abdhul, who has arrived in Australia by boat, but has left his wife and children behind in Pakistan. There are two distinct story lines here, the plight of the refugees in this country and the story of Sara herself, her family and their secrets.
I'm really not sure what to make of this book. It definitely raises some important issues, the wait time for visas for refugees and the public perceptions of them. Katherine Johnson has some salient points to make and some of the characters are well drawn, the friendship between Sara and Abdhul is particularly sympathetic. However other characters seemed stereotypical and the love interest was like a cardboard cut-out. I did start out invested in this story, but found my interest waning the further into it I got. It's not a bad book by any means, it just didn't hit the mark for me.
My thanks to NetGalley and Simon & Schuster (Australia) for an ARC in exchange for an honest review.
Read more
Helpful
Report abuse
See all reviews
Back to top
Get to Know Us
Make Money with Us
Let Us Help You
And don't forget:
© 1996-2022, Amazon.com, Inc. or its affiliates