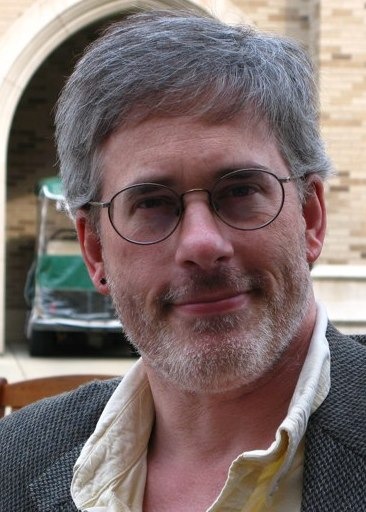 'This book by Moore and Siegel, intended for the advanced political and social science student, appropriately avoids mathematical proofs and unnecessarily formal definitions while maintaining rigor and proper terminology. . . . When needed, the clear illustrations accompany the material, providing strong visualization of the related concept.'--Choice'Written in an intuitive and accessible way, this book can be used as a primer for math novices in the social sciences as well as a handy reference for the researchers in this area.'--Nicolae Popovici, Studia Mathematica

"Moore and Siegel provide an exceptionally clear exposition for political scientists with little formal training in mathematics. They do this by emphasizing intuition and providing reasons for why the topic is important. Anyone who has taught a first-year graduate course in political methodology has heard students ask why they need to know mathematics. It is refreshing to have the answers in this book."--Jan Box-Steffensmeier, Ohio State University

"This highly accessible book provides a comprehensive introduction to the essential mathematical concepts political science students need to succeed in graduate school and their research careers. It assumes students have no mathematical background beyond high school algebra, and uses examples from political science. Moore and Siegel explain concepts in plain English and do an excellent job balancing the technical details with the intuition needed to understand them."--Kyle A. Joyce, University of California, Davis

"The major hurdle in teaching math to political science graduate students isn't the math. It's convincing them to concentrate on difficult topics that seem abstruse and useless. This book persistently reminds students why quantitative methods are the coin of the political science realm. I can see it becoming a staple of graduate courses for years."--William Minozzi, Ohio State University

B. Bormann
5.0 out of 5 stars MUST READ for every student in political science
Reviewed in the United Kingdom on 7 May 2017
Verified Purchase
I wish someone had pointed me towards this book when I studied PolSci in university - it's the first book ever that teaches maths with good PolSci examples. Example: Why you need to know about nonlinear functions? If you think the effect of one variable on your target variable might change over time, nonlinear functions help you express that as a falsifiable mathematical statement.
The book is not overly formal and chooses understandable explanations over covering each and every single exception that might not ever occur outside of theoretical maths in academia. It doesn't concern itself with too many proofs and instead focuses on the key concepts and useful topics that a student of political science might encounter during study and work life.
Plus, it doesn't assume a high level of pre-existing maths knowledge, so as long as the standard calculations and percentage is still fresh on your mind, it won't assume much more.
Read more
Report abuse

Scott Basinger
5.0 out of 5 stars A book that political scientists waited 20 years for...
Reviewed in the United States on 26 August 2013
Verified Purchase
For decades, political scientists with little math background were introduced to the techniques using books borrowed from economics departments. I myself used Chiang as an undergraduate, then used Binmore and Simon & Blume as a graduate student. When I tried to teach, the selections were not much better: I tried Sydsaeter & Hammond, Klein, and too many books to mention here. With rare exceptions, their examples are drawn from economics and assume the student has the appropriate background knowledge. A heavy burden fell on the instructor to persuade students that the material was relevant to them.

This book has taken away some of that burden with copious "why should I care?" subsections that explain the material's relevance. As the authors explain in their preface, they also sought to strip away some of the bravado that is too typical in math textbooks, removing the "Clearly..." and "Obviously..." meta-discourse.

The book's coverage makes it ideal for a one-semester math class or a summer 'math camp' for students in the typical, empirically-oriented doctoral program in political science. It has sections on univariate and multivariate calculus, probability theory, and matrix algebra. I assigned it for my math class this summer despite having only the table of contents in hand, but after using the book, I'll assign it again (and again, and again...) enthusiastically.
Read more
18 people found this helpful
Report abuse

A. Perez-Linan
5.0 out of 5 stars Great resource
Reviewed in the United States on 26 August 2013
Verified Purchase
Clear, accessible, and well-written. The authors make a great effort to keep all readers on board and to explain why mathematical concepts are useful for political scientists at every stage.
Read more
9 people found this helpful
Report abuse
See all reviews
Back to top
Get to Know Us
Make Money with Us
Let Us Help You
And don't forget:
© 1996-2021, Amazon.com, Inc. or its affiliates