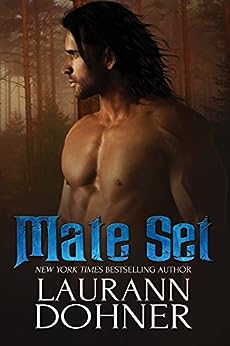 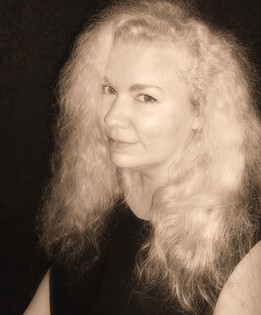 4.4 out of 5 stars
4.4 out of 5
239 global ratings
How are ratings calculated?
To calculate the overall star rating and percentage breakdown by star, we don’t use a simple average. Instead, our system considers things like how recent a review is and if the reviewer bought the item on Amazon. It also analyses reviews to verify trustworthiness.

Kylie Sheree scott
5.0 out of 5 stars Sexy alpha
Reviewed in Australia on 20 July 2021
Verified Purchase
Fast paced, well written and totally hot! Give me more from this series. I love this author, her books are exciting, fun and different
Read more
Helpful
Report abuse

Lena platt
3.0 out of 5 stars ok,but had some niggles with this one! 3 stars*
Reviewed in the United Kingdom on 26 November 2013
Verified Purchase
this is the first book in Laurann Dohner's 'Mating Heat' series. i have read some of her other books,though they can be hit and miss,have enjoyed quite a few of them.
i did kind of like this book,though i did have some problems with it too. the story wasn't that bad at all, in fact there were some different takes on werewolf life that i found interesting. however, i think the problems lay in the characterization.unlike the other books i have read by this author,this one only tells the story through the heroine,rather than letting us see different characters perspectives, which in the case i think would have majorly helped to improve this book. as we do not get to see the male leads side of the story it is twice as hard to like him at all, even more so with the way he treated the heroine.he appeared to have a very violent nature and showed pretty much no tenderness,affection or even sympathy towards the her.consequently, it is hard and even nigh impossible to see why the heroine fell for the guy and took all that he dished out.

there is a lot of sex in this book,which i am not at all adverse too (its erotic romance & published by Ellora's Cave so that's to be expected!),however i think there should have been more focus on the romantic aspect of the book rather than the number of sex scenes,or at least to make one or two of them to be more tender and loving encounters (i don't mind some rough loving in a book,but a bit of sweetness can be nice too!)
overall, it was an ok read, though these books are expensive.i won't be running out to by the next book in the series ('His Purrfect Mate),maybe if there is a cheap copy out there i would give it a whirl,but it's not something i am desperate to do. 3 stars*
Read more
3 people found this helpful
Report abuse

Mel UK
5.0 out of 5 stars Got to Love a Wolf!
Reviewed in the United Kingdom on 13 November 2011
Verified Purchase
I enjoyed this book, its the first in the mating series. Mika is a human who is visiting her uncle who is a werewolf. She visits him every year but this year she seems to have visited during the mating season, which is a dangerous time for a human to be around male werewolfs. Her uncle decides to assign a guard to her to watch over her 24/7. Grady is a very strong werewolf male who has been trusted to look after Mika. Grady is a half breed whose his human mother abandoned him to his werewolf father, so he knows human women just aren't safe to fall in love with. The wolf within him wants Mika as his mate, but Grady will not give in. I really enjoyed the story and read it in one day as I couldn't put the book down. You only Mika's version and her emotion when reading the book so you never truely know how Grady is feeling. He can come across as a nasty to her and cold but you can tell he is very much fighting with his emotions. Its a great read, I really do enjoy books from this author.
Read more
4 people found this helpful
Report abuse

Tali
4.0 out of 5 stars Not bad at all!
Reviewed in the United Kingdom on 1 March 2012
Verified Purchase
I've read some of this authors other books and rather enjoyed them, so giving this a chance wasn't a difficult decision, but I wasn't sure what to expect.

First of all, its a nice story, though I must admit the leading character was annoying at times (a girl with no self preservation does not get much respect in my books, but I suppose thats part of what makes the story in the end). There are alot of graphic sexual moments in this book... well... actually it felt like half the book was sex xD but at least none of it was entirely pointless, most of the time it had some sort of reason and fitted into the story.

This was overall rather enjoyable though not the best book I've read by this author, I'll be buying the second of the series.
Read more
One person found this helpful
Report abuse

Sharlene
4.0 out of 5 stars Book 1
Reviewed in the United Kingdom on 26 October 2014
Verified Purchase
Mika is human with a werewolf for an uncle. Two weeks every year Mika visits her uncle but this year Mika made the mistake of visiting during mating season . Her uncle warns her not to go out after dark as she won't be safe. Mika gets fed up of being cooped up and decides to go out when she comes across four werewolves who all want to have sex with her. Grady comes along and saves her not realising who she is until the next day.....
I love reading Laurann's stories and enjoyed this first book but I really loved all her New Species books!
Read more
Report abuse

Kindle Customer
5.0 out of 5 stars One of my favourite authors.
Reviewed in the United Kingdom on 4 May 2016
Verified Purchase
Another fantastic series from Laurann Dohner. I don't think she can write a bad book. I was gripped from start to finish. You either love or hate her characters since she makes them so real. Can't wait for the next in the series.
Read more
One person found this helpful
Report abuse
See all reviews
Back to top
Get to Know Us
Make Money with Us
Let Us Help You
And don't forget:
© 1996-2021, Amazon.com, Inc. or its affiliates