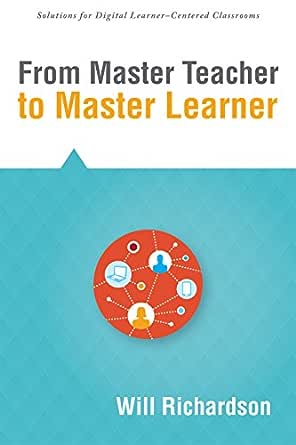 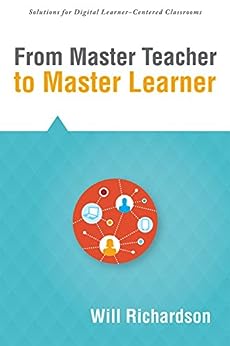 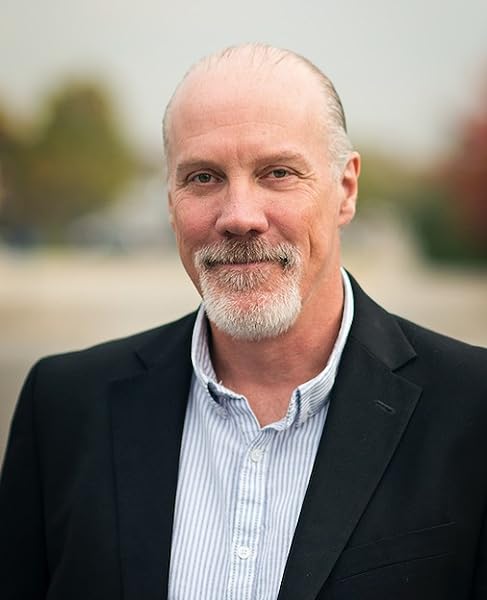 A parent of two teenagers, Will Richardson has spent the last dozen years developing an international reputation as a leading thinker and writer about the intersection of social online learning networks and education. He was one of a handful of original education bloggers (willrichardson.com) and his work has appeared in numerous journals, newspapers, and magazines such as Ed Leadership, District Administration, Education Week, the New York Times and English Journal. He is an outspoken advocate for change in schools and classrooms in the context of the diverse new learning opportunities that the web and other technologies now offer.

Will has authored four books, most recently Why School? How Education Must Change When Learning and Information are Everywhere (September, 2012) published by TED books and based on his TED talk in Melbourne, Australia. Why School? is a best-selling TED book. In total, his books have sold over two hundred thousand copies worldwide.

A former public school educator of twenty-two years, Will is a co-founder of Modern Learner Media and copublisher of Educating Modern Learners (modernlearners.com) which is a site dedicated to helping educational leaders and policy makers develop new contexts for new conversations around education. Over the past eight years, he has spoken to tens of thousands of educators in over a dozen countries about the merits of online learning networks for personal and professional growth. Will lives in rural New Jersey with his wife Wendy and his children Tess and Tucker.

Brian Kuhn
5.0 out of 5 stars Learning is the real purpose of an education
Reviewed in Canada on 2 July 2015
Verified Purchase
This book really recognizes the problems of traditional school and offers real workable steps to modern learning. Highly recommend this read for educational leaders and classroom educators.
Read more
Helpful
Sending feedback...
Thank you for your feedback.
Sorry, we failed to record your vote. Please try again
Report abuse

Midogonpapa
5.0 out of 5 stars "Put simply, no sharing means no learning."
Reviewed in Japan on 17 June 2015
Verified Purchase
非常に刺激的で、ワクワクしながら読みました。
個人的に面白かったところを抜粋します。

"To us, modern learning is grounded in one important word that represents the present foundational shift: freedom."

"one of the most powerful shifts we can make as educators is to put ourselves on the same level as the learner, to become an equal partner in the learning."

"And, importantly, we have to let go of our fear that they may not learn the curriculum. In most cases, they learn more than what’s in the curriculum and on the test."

Nathan
5.0 out of 5 stars A great starting point to learn about learning...and connectedness
Reviewed in the United States on 26 July 2015
Verified Purchase
Connectedness is so important for any professional and Richardson brings much of what he wrote in Personal Learning Networks an applied it to the nuts and bolts of how people learn. This isn't a regurgitation of PLN, simply an application of how connectedness leads to learning today. With research grounded in books older and new, this is a great spring board to other great books out there.
Read more
One person found this helpful
Helpful
Sending feedback...
Thank you for your feedback.
Sorry, we failed to record your vote. Please try again
Report abuse

J. Snyder
5.0 out of 5 stars A must read
Reviewed in the United States on 22 May 2015
Verified Purchase
For anyone who is interested in transforming schools to become more relevant in the lives of young people, Will Richardson has provided a a thought-provoking book on what is at stake and how we can create more meaningful learning.
Read more
One person found this helpful
Helpful
Sending feedback...
Thank you for your feedback.
Sorry, we failed to record your vote. Please try again
Report abuse

Bradley Jensen
4.0 out of 5 stars A great starting point!
Reviewed in the United States on 1 August 2015
Verified Purchase
Great read. Will does an excellent job presenting the need for us teachers to move emphasis from knowledge based to learning based. The book did seem a little short on tools for the teacher interested in making the transition. Although, there were enough to give one an idea of where to start.
Read more
One person found this helpful
Helpful
Sending feedback...
Thank you for your feedback.
Sorry, we failed to record your vote. Please try again
Report abuse

Noreene Chen
5.0 out of 5 stars Five Stars
Reviewed in the United States on 7 July 2015
Verified Purchase
Must read!
Read more
Helpful
Sending feedback...
Thank you for your feedback.
Sorry, we failed to record your vote. Please try again
Report abuse