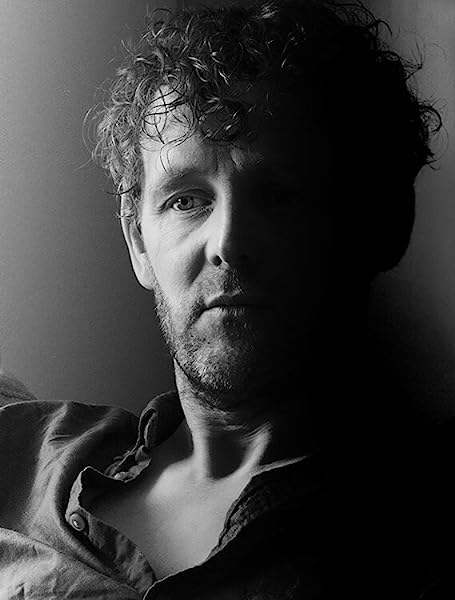 Page 1 of 1 Start overPage 1 of 1
Previous page
Next page
Start reading MasterShots Vol 1, 2nd 100 Advanced Camera Techniques to... on your Kindle in under a minute.

Christopher Kenworthy has worked as a writer, director, and producer for the past ten years. He directed the feature film The Sculptor, which played to sold-out screenings in Australia and received strong reviews. Recent works include sketch comedy for the BBC's Scallywagga, a title sequence for National Geographic Channel, visual effects for 3D World, music videos for Pieces of Eight Records and Elefant Records, and an animated wall projection for The Blue Room Theatre in Perth, Australia. Kenworthy is the author of the best-selling Master Shots, two novels: The Winter Inside and The Quality of Light, and many short stories. Current projects include screenwriting, several directing assignments, and the development of additional Master Shots applications.

4.6 out of 5 stars
4.6 out of 5
470 global ratings
How are ratings calculated?
To calculate the overall star rating and percentage breakdown by star, we don’t use a simple average. Instead, our system considers things like how recent a review is and if the reviewer bought the item on Amazon. It also analyses reviews to verify trustworthiness.

NoirWriter
3.0 out of 5 stars Great Variety of Techniques BUT........
Reviewed in the United Kingdom on 11 November 2020
Verified Purchase
For film making and script writing Michael Wiese Productions (MWP) are my Go-to-Guys. On the positive side this book is packed with camera techniques clearly explained which will no doubt make a valuable contribution to any movie you make.
HOWEVER, while the blurb on the back says, for this 2nd edition, "every image has been digitally remastered for clarity", I DISAGREE! The movie images lack sharpness, are unclear and are in black and white, a letdown for what I believed was a quality book. The examples of camera position and subject placement were very useful but as with the selected movie frames, they too lack sharpness and are unclear. Unfortunately MWP let themselves down in this respect unlike their usual very good to excellent standard.
Read more
Report abuse

CB
3.0 out of 5 stars Interesting content, but very lazy
Reviewed in the United Kingdom on 8 January 2013
Verified Purchase
Do you have a decent DVD collection and a free weekend? If so you could easily write this book.

There is a desperate shortage of decent education material on composition and camera movement for film, so I have read most books out there. This book doesn't attempt any synthesis or theoretical discussion, but instead is just a catalogue of shots from well known movies.
I would have preferred if the author had at least tried to form some kind of general theory from the example shots, but it is what it is.
The main problem is the incredible laziness with which the material was put together. There is one (1!) example for each shot. How hard would it have been to find a second example of each shot? If there is no second example for the shot how are we to know if this is really a reusable shot, or when it is appropriate? Can you really learn or generalize from a single example?
Instead of a second example we get an ugly Poser recreation of the scene that provides no value.
The examples frames are generally too few in number to give any understanding of the motion in the shot. The diagrams of the camera movement generally don't include essential information like the direction of rotation of the camera.
The text is generally vague, and is in a huge font that takes up valuable space that could have been used for more stills.
The printing quality is woeful, and much squinting and peering is required to make sense of any darker stills.

With all that said, there are some interesting examples in this book, and most readers will probably get something out of it.
But, if you have the discipline, and the time, then you would get much more by watching a few good DVDs with a notebook handy.
Read more
18 people found this helpful
Report abuse

Michael Henery
5.0 out of 5 stars Student Film Makers Should buy this book
Reviewed in the United Kingdom on 22 March 2013
Verified Purchase
I would highly recommend any student film maker to buy this book. It is simplified for anyone to grasp and gain an idea on composition of a shot and how to play out a scene in the most dramatic way. This should be in any film makers library of books.
Read more
Report abuse

Amazon Customer
4.0 out of 5 stars Four Stars
Reviewed in the United Kingdom on 22 February 2018
Verified Purchase
Good book. I use it to teach
Read more
Report abuse

ANONYMOUS
5.0 out of 5 stars Five Stars
Reviewed in the United Kingdom on 23 October 2016
Verified Purchase
arrived on time, one to have for industry knowledge
Read more
Report abuse
See all reviews
Back to top
Get to Know Us
Make Money with Us
Let Us Help You
And don't forget:
© 1996-2021, Amazon.com, Inc. or its affiliates