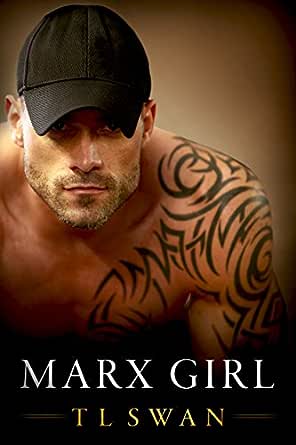 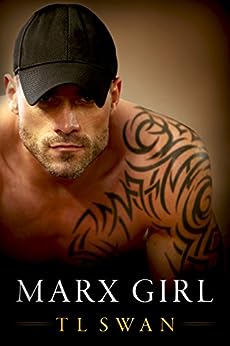 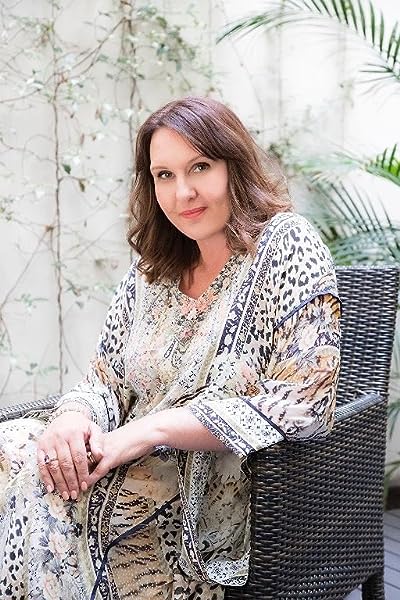 4.5 out of 5 stars
4.5 out of 5
699 global ratings
How are ratings calculated?
To calculate the overall star rating and percentage breakdown by star, we don’t use a simple average. Instead, our system considers things like how recent a review is and if the reviewer bought the item on Amazon. It also analyses reviews to verify trustworthiness.

SandraD
4.0 out of 5 stars Ben is as effing hot between the pages as he is on the cover!
Reviewed in Australia on 10 February 2018
Verified Purchase
The cover is perfect. It's exactly how I imagine Ben to look.
Loved the chemistry between Didge and Ben. It was smok'in hot. Unfortunately the author's tendency to use too many exclamation marks and 'she yelled' were unnecessary and should have been softened, because it made Didge come off sounding immature and over-reactive. There was a lot of snapping at each other that didn't make sense. There was enough drama happening around them and to them, that we didn't need the extra dramatic dialogue. Without that, this book deserved a 5. Loved it.
Read more
3 people found this helpful
Helpful
Report abuse

Susie Steinle
5.0 out of 5 stars Five Passionate Stars!
Reviewed in Australia on 28 January 2018
Verified Purchase
Another incredible, well written story by one of my favourite authors. I loved the Stanton series and had been anxiously awaiting Ben and Bridget’s story. Ms Swan did not disappoint with this book, which had me captivated from the very first page.

I adore these two characters. Ben is a typical hot-blooded alpha male. He’s possessive and passionate but he is also damaged and doesn’t think he’s worthy of Bridget’s love. He broke her heart 5 years earlier but has now come back to claim his girl. Bridget is beautiful, sassy, strong willed and knows what she wants. She tried to move on with her life after Ben left her without any explanation as to why, but she never really got over him and her love for Ben never died. But she struggles to get him to open up to her.

This book is full of angst, passion, suspense, and hot and steamy love scenes. It had me on a roller coaster of emotions. It had me swooning really bad for Ben, then feeling annoyed and frustrated with him at the same time. It had me on the edge of my seat and then crying sad but also happy tears. It was hard to put down and the ending was just perfect.

Marx Girl is one of my favourite reads this year!
Read more
2 people found this helpful
Helpful
Report abuse

Annie
2.0 out of 5 stars Drama and whispers
Reviewed in Australia on 1 December 2020
Verified Purchase
I’ve never read a character that whispers 3/4 of the time. Ah. So annoying. Why is she always whispering. And she’s such a twat too. All alarmed over nothing all the time. Can function in any given situation.
So much thought process to read through. Drags on and on.
Not my fave. Sorry 😬😰
Read more
Helpful
Report abuse

Zoe Williamson
5.0 out of 5 stars Love every book this woman writes!
Reviewed in Australia on 29 January 2018
Verified Purchase
Another amazing book by T.L Swan, consumed and loved the book within 24 hours of release and I can tell you apart from the sadness I feel with finishing another great novel, I also feel elated that she did scuh amazing justice to two amazing supporting characters in their own book. I felt that the cliff hangers and plot twists really added to the story, I didn't feel that they were far fetched, I didn't feel like it wasn't plausible, it felt legit.
I hope for an epilogue book, just like she did with the Stanton brothers but I understand if there isn't one, I feel like this story has been told well without the need for one.
Apart for my desperate need to read Adrian's book, Anastas, I also feel she is developing the Characters Abbie and Brock well enough that they too deserve their own stories.

Peta Tyson
5.0 out of 5 stars Be still my heart
Reviewed in Australia on 10 November 2019
Verified Purchase
The story of Ben and Didge started as a beautiful friendship, 5 years later he is back to claim his love. I love the dominant Ben, and the sassy play hard to get Didge. You will be taken on a rollercoaster, but the best rollercoaster you have ever been on. Once again Tee, you have done it again. X
Read more
Helpful
Report abuse

Sheridan
TOP 1000 REVIEWER
5.0 out of 5 stars Swooning in my seat!!
Reviewed in Australia on 1 February 2018
Verified Purchase
Another fantastic read from this gorgeous lady!

I have loved Ben and Didge from the beginning and when he broke up with her I was gutted for them!
I am so glad that their story is finally here and I enjoyed reading every minute of the book!
Its filled with alpha dominance, sass and off the charts chemistry between this pair as they find their way!
Loved it!!!!
Read more
One person found this helpful
Helpful
Report abuse

Natasha Carnes
5.0 out of 5 stars A million starts
Reviewed in Australia on 30 January 2018
Verified Purchase
Once again is another heart stopping book. I laughed, worried and cried. What an amazing story. It’s one I didn’t want to ever end. So well written. No corners cut. You felt like you were in the book and could feel everything. I can’t wait for the next one! Book of the year so far for me!
Read more
Helpful
Report abuse
See all reviews

reader between the lines
2.0 out of 5 stars Errrm where to start
Reviewed in the United Kingdom on 19 August 2018
Verified Purchase
Although a good read i just found myself just annoyed at times. Bridget acts like a child who's not navigated adult womanhood for a while. Tantrums and throwing stroppy behaviour at every turn instead of rationalising the situation before throwing her toys out of the pram.

I found statham to be one thick military/delta guy. Some of the things that he couldn't decipher just were very basic servillian things to me. It just got annoying when at every turn it seemed like he had to babysit Bridget's tantrums. Another thing, if you need a proof reader, I'm here. I cant stand a book full of spelling mistakes. Also your descriptive language of the characters need to improve. Describe what they look like so we can imagine that in our minds. This is a book not a movie....remember.. Errrrm where do i begin? I guess i am at the end.
Read more
8 people found this helpful
Report abuse

Rachel M
5.0 out of 5 stars Fantastic five star read!
Reviewed in the United Kingdom on 28 January 2018
Verified Purchase
My word, this book! I love TL's writing with a passion so it's really something when I say that this book is her best yet. Ben and Bridget are my favourite characters out of all the couples in the series so far, I connected with them so much. Ben is a strong, brooding, alpha, sexy hot South African with plenty of secrets who's led a hard dangerous life. Bridget is a confident, sassy, strong, gorgeous Aussie who feels just like she could be your best friend. This book will keep you on the edge of your seat with drama, twists and turns and plenty of sexy moments. Although this is part of a series, TL has written it in a way that you could pick up this book and read as a standalone, although be warned, if you do this you will so want to then go back and read the rest!! I absolutely recommend you one clicking this, it's brilliant, you won't want to put it down!
Read more
9 people found this helpful
Report abuse

HAPPYGOLUCKY
2.0 out of 5 stars Promising story but far too many mistakes to ignore
Reviewed in the United Kingdom on 2 March 2018
Verified Purchase
Hmm, well lets start with the good points. A very promising and engaging story line, with likeable main characters. I did feel the various emotions in the story as it unfolded. The story line was enough to get me to the end of the book.

Now the areas which could do better. Be aware, there are MANY errors in this book. They range from simple spelling mistakes, to random incorrect words being used "semantics" instead of "details", "he" instead of "she" etc, to more glaring and irritating mistakes like going from saying Didge is naked, to a paragraph later, she removes her clothes again. Or Didge sliding Ben's wedding ring on twice, and she doesn't get one at all. Ben offering someone a drink, then a few lines later, doing it again. It's just really poor copy editing.
Lastly, there are areas where the quality of writing is quite week. Certain phrases such as "we kiss, again and again" is used repeatedly in the book, and its not a particularly strong visual to begin with. And lastly, when writing about a moment of confusion for your deep thinking, strong alpha lead it's more than disappointing when his entire internal monologue is "huh?".
I really want to like this book, but the constant mistakes were just too distracting and disappointing, so the two stars are for the likability of the characters and the promising story line.
Read more
4 people found this helpful
Report abuse

Carolyn
5.0 out of 5 stars Way more than 5 stars
Reviewed in the United Kingdom on 5 February 2018
Verified Purchase
Oh my! This read is way more than 5 stars as are All of this authors books.
I have just come out of a real book funk and nothing was doing it for me, Marx Girl well and truly hit the spot. I loved this couple in the Stanton series and I knew this read would be good but it just exceeded all expectations. From the very first chapter I was hooked, the emotion and feels in this read are off the charts. I laughed and ugly cried at this read. This read is truly my favourite read of 2018.....more please TL Swan xx
Read more
5 people found this helpful
Report abuse

Ms D
5.0 out of 5 stars Perfection
Reviewed in the United Kingdom on 28 January 2018
Verified Purchase
This book is absolute perfection, TL Swan has done it again. This is a standalone featuring Bridget and Ben from the Stanton series. I don't want to say too much about the story but I laughed, I cried, I shouted at my kindle and cursed the author!! What a journey with these two great characters. She has written another amazing book, I was hooked from start to finish. I guarantee that you will love it!
Read more
8 people found this helpful
Report abuse
See all reviews
Get FREE delivery with Amazon Prime
Prime members enjoy FREE Delivery and exclusive access to movies, TV shows, music, Kindle e-books, Twitch Prime, and more.
> Get Started
Back to top
Get to Know Us
Make Money with Us
Let Us Help You
And don't forget:
© 1996-2020, Amazon.com, Inc. or its affiliates