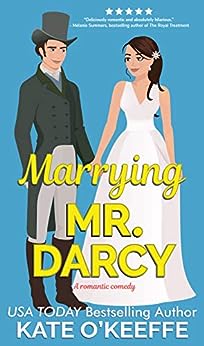 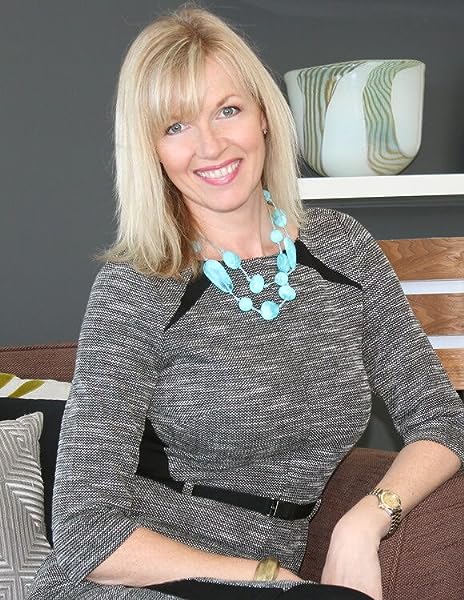 4.2 out of 5 stars
4.2 out of 5
64 global ratings
How are ratings calculated?
To calculate the overall star rating and percentage breakdown by star, we don’t use a simple average. Instead, our system considers things like how recent a review is and if the reviewer bought the item on Amazon. It also analyses reviews to verify trustworthiness.

Melody R Green
4.0 out of 5 stars Sebastian and Emma’s fairy tale wedding
Reviewed in Australia on 20 November 2020
Verified Purchase
Granny is on the warpath - and the question is will she let her favourite grandson Sebastian marry the American upstart from Texas?!
Entertaining, laugh-out-loud deliciousness from the first page to last!
Definitely a strong 4 stars!
This book was given to me in exchange for an honest review.
Read more
Helpful
Report abuse

shelley
4.0 out of 5 stars Marrying Mr Darcy
Reviewed in Australia on 10 November 2020
A modern retelling of Pride and Prejudice that heavily references the original book. We follow Emma, who met her boyfriend on a reality dating show and now must circumnavigate his very different lifestyle. She finds herself needing to learn the customs of a new country and of a new social class whilst of course remaining hilariously accident prone and uncoordinated.

The dialogue is witty and flows well making for a pleasant read and an easy book to follow.

Thanks for the opportunity to read this book and write a review.

Lynda Peters
5.0 out of 5 stars Definitely worth reading...
Reviewed in Australia on 29 October 2020
I have to admit that reading this (and the previous story) is a little like watching a car crash and not being able to look away. I cringe at the clumsy and awkward incidents that Emma gets into and I just can’t wait to turn the page and read more. I have so thoroughly enjoyed these books and just love these characters.
I received an ARC from the author and am giving my honest review.
Read more
Helpful
Report abuse
See all reviews

Huffer
2.0 out of 5 stars Ugh
Reviewed in the United States on 21 November 2020
Verified Purchase
I really enjoyed the first book in this series, Dating Mr Darcy, which was funny and heartwarming, in spite of the heroine being somewhat silly and stupid. In this second book, she gets downright weird. Emma Brady is engaged to Sebastian Huntington -Ross, her own "Mr Darcy," and comes to England to visit his family , and to try to get her line of activewear into some of the UK' s sports stores.

For some reason that I can't imagine, Emma decides that she has to make a good impression on Sebastian's grandmother, Geraldine. She's so singularly focused on this to the point of being obsessive and strange. I kept waiting for Sebastian to tell her to cut it out, but he never does. She accomplishes nothing except looking foolish.

Then the author tries very hard to parallel certain characters from P&P, which just ends up feeling contrived and unnatural. We're treated to odd versions of Wickham, Lady Catherine, and Caroline Bingley, all rather annoying characters that we could have done without. Their evil manipulations of Emma are so obvious that Emma starts to look like a simpleton.

It was when all these mean people showed up that I almost gave up and didn't finish. Instead, I skimmed about the final third of the book, and bypassed Emma's tiresome and exaggeratedly inane speeches, and endured to the end. I don't think I missed much.

The book is well written and well edited. I can't deny that this is a talented author, and that it's a nice idea for a story. I just felt that it went off the rails for me when the story was forced to conform to a P&P -like format. I wish it had gone it's own way in a natural and original fashion. I won't be reading the third installment.
Read more
3 people found this helpful
Report abuse

Avid Reader
4.0 out of 5 stars 💕Should Emma change for the love of her Mr. Darcy?
Reviewed in the United States on 11 November 2020
Verified Purchase
4-4.5🌟stars
I did not think this story was as good as the first in the series but it's carried on with an upbeat heroine who only looks for the sun on the other side of the 🌂rainclouds. Emma wants things to work out no matter the series of incidents and encounters that work to convince her she is not meant to live happily ever after with her handsome English lord in his palatial home.

I found Emma a bit obtuse in this one, blindly taking new friendships at face value without noting signs the friendship was one-sided tending to the toxic. I did not get the impression in Dating Mr. Darcy that Emma was this ingenuous; she seemed well able to spot the Mean Girls then, not so much here. But her bubbly personality, loyalty to family and friends, and sincerity comes through in spades.

Sebastian, her English fiance, does not get as much pagetime as I would have liked apart from kisses, smiles and compliments, a few confessions from him and a terrific "pond scene". In the spirit of Jane Austen's classic story, the author has included a bad boy who would give George Wickham a run for his money😉.

Clean, easy-read romance with some humor, slapstick at times, and the requisite flies in the ointment to threaten their HEA.
Read more
One person found this helpful
Report abuse

Big Rube
5.0 out of 5 stars Read Dating Mr. Darcy first!
Reviewed in the United States on 11 January 2021
Verified Purchase
This is a lovely story, full of sweet romantic moments, loads of LOL fun, and even some intrigue. BUT, if you have not yet read the first book in this series, "Dating Mr. Darcy," you really should do that first. That's where most of the characters are introduced, and, although you certainly can enjoy this book without that one, you will be in the dark about some of the people and events that are not essential to understanding this story, but that will enrich it. Besides, although I thoroughly enjoyed this book, the first one is even better.

What's rather nice about this book is that it shows what *might* happen after the usual "happily ever after" endings of most
rom-coms. And these characters, especially Emma and her "Mr. Darcy", are definitely worth a second, and even (hint, hint) look.
Read more
One person found this helpful
Report abuse

kim mccann
5.0 out of 5 stars Great follow up to Dating Mr. Darcy
Reviewed in the United States on 18 February 2021
Verified Purchase
Such a cute story! Be sure to read Dating Mr. Darcy first and don’t forget to read A Very English Love Story afterwards! (It’s in the Love In the City boxed set.) Kate O’Keeffe is a brilliant story teller and this book is no exception!
Read more
One person found this helpful
Report abuse

Kindle Customer
4.0 out of 5 stars Delightful
Reviewed in the United States on 21 January 2021
Verified Purchase
This book is exactly the charming escape we all need in this time of pandemic. Makes you wonder just what you have been missing while skipping the opera all these years lol!
Read more
One person found this helpful
Report abuse
See all reviews
Back to top
Get to Know Us
Make Money with Us
Let Us Help You
And don't forget:
© 1996-2021, Amazon.com, Inc. or its affiliates