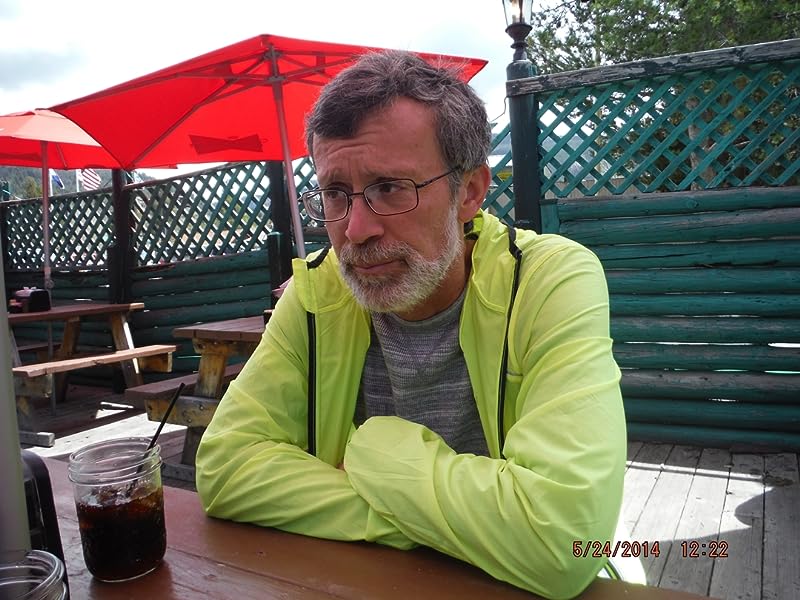 D. R. Cantrell
2.0 out of 5 stars A terrible let-down after getting off to a great start
Reviewed in the United Kingdom on 29 March 2010
Verified Purchase
There's definitely a fantastic story in here, and for the first three quarters of the book, that's exactly what you expect to get. It's certainly imaginative, and zips along at a fair old pace while still having time for those human moments that make the characters into people. But then we get to the last quarter of the book, and, like so many other sci-fi works that could be outstanding, that lets it down. It's confusing, both in terms of the sequence of events, but especially in terms of the characters' motivations, which seem to flip around seemingly at random.

I still liked it, but it's only a "good enough" book.

Trixie Bell
4.0 out of 5 stars Fascinating read
Reviewed in Germany on 12 February 2015
Verified Purchase
I thoroughly enjoyed this book, even though I had to read it over a period of three weeks, not three days, as I would have liked to...
Read more
One person found this helpful
Report abuse

Arnie Christianson
4.0 out of 5 stars Big Idea, Deep-Space, Deep-Time Sci Fi
Reviewed in the United States on 20 September 2015
Verified Purchase
It's hard to write good Space Opera these days, and do it with a literary flair, but Reed does so with his whole Great Ship series. This is an engaging, original story with a lot of sense of wonder and many good reveals as he further dives into his Great Ship world. If you are a fan of Reynolds or Banks or Baxter, you'll like this.

The premise - that the center of the Great Ship contains a planet called Marrow - is a great one to hang a story on, but my one quibble is that it is a bit hard to believe that the passengers, who have been aboard for at least 100,000 years and are immortal, didn't discover Marrow until this story takes place, but beyond that it's fantastic. I've really liked all of the Great Ship stories, and would recommend the short story collection "The Great Ship" to fill in some background.

Michael and Julie
4.0 out of 5 stars Compelling and frustrating at the same time
Reviewed in the United States on 13 March 2009
Verified Purchase
When I was maybe twelve years old, I read a Scientific American article about planet sizes and the potential for rocky (as opposed to gas giant) planets as many as 50 times the size of the earth in diameter. Big planets, like big space ships and big dinosaurs, are inherently cool. Right? Robert Reed's Great Ship is 20 times the size of the earth in diameter (or is it volume? I forget) and therefore contains awesome, gigantic, enormous, titanic spaces within its hyperalloy hull.

It can be fun for a while to imagine what you would do with so much space, but only for a while. That's why MARROW has a plot ... of sorts. The novel revolves around a the efforts of a set of "captains" (top-level Ship officers) to solve a nested set of mysteries, starting with the mystery of who built the Big Ship, what its purpose is, why the Builders stuffed a Mars-sized world ("Marrow") into the middle of the Ship, and how Marrow relates to the overall purpose of the Builders. (Hint: None of these mysteries will be solved definitively in either of the first two volumes of the not-yet-completed trilogy to which MARROW belongs.)

Although Reed tells his story in a standard linear fashion with occasional flashbacks and (in the case of the Ship) musings by inanimate objects, I think it's fair to say that he is not overly attentive to narrative conventions. This is my way of saying that his story lines sometimes make unexpected sharp turns, that what he tells you at one point may well turn out to be false later on, that his pacing can go from sluggish to bullet-fast and back to sluggish without much provocation, and that he sometimes makes huge leaps in logic and narrates events in ways that are impossible to follow. These narrative flaws often make the book frustrating and annoying to read, but they don't overwhelm its positive qualities.

The positive qualities are a good dose of gee-whiz, some convincing and not-too-overly-didactic physics, astronomy, and cosmology, and skillful use of the Ship's mysteries to draw the reader in and create a compulsion to keep on reading. This might not be award-winning science fiction, but it is solid; it is the good stuff.

Bottom line: If you've never read Scientific American, you might not like this book, but I heartily recommend this book to any true science fiction fan.
Read more
7 people found this helpful
Report abuse
See all reviews
Get FREE delivery with Amazon Prime
Prime members enjoy FREE Delivery and exclusive access to movies, TV shows, music, Kindle e-books, Twitch Prime, and more.
> Get Started
Back to top
Get to Know Us
Make Money with Us
Let Us Help You
And don't forget:
© 1996-2020, Amazon.com, Inc. or its affiliates