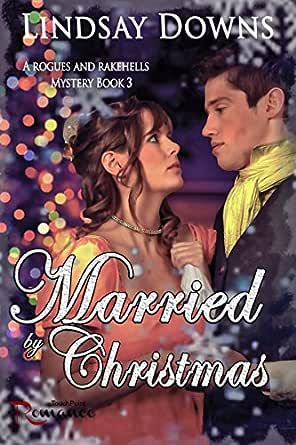 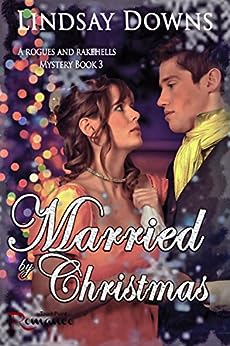 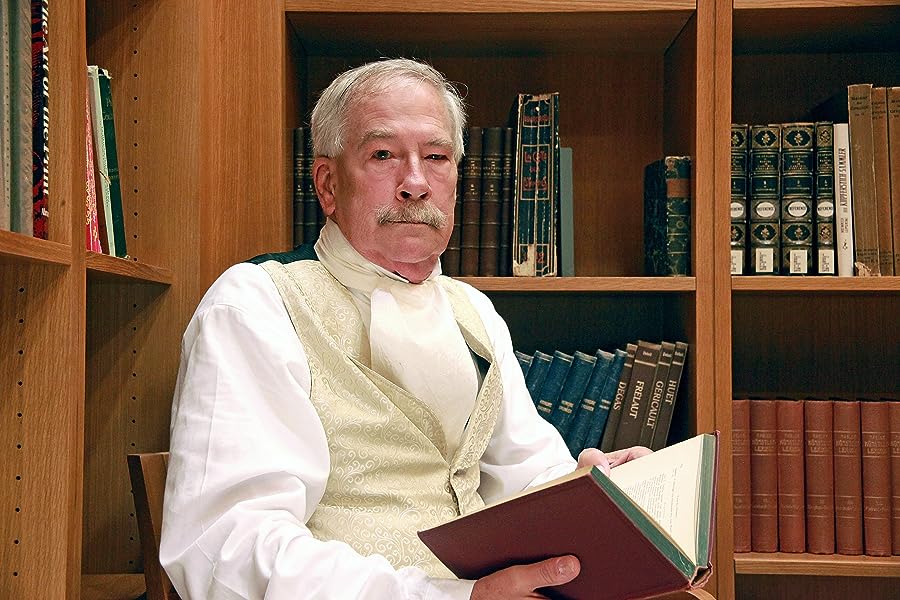 When Nash, Marquis of Renfield, learns of a plot to make his love, Lady Amelia, marry someone else he marshals his friends, their wives along with both sets of parents and retreat to the Fenwick ducal estate.

Everyone starts planning for a Christmas Eve ball until things go awry, in the name Smedley, allegedly the only son of the Earl and Countess of Rosewood.

At first it was thought Rosewood, supposedly in the dun, was after Amelia’s dowry. It turned out the earl and countess were seeking more. Power. Great power which could bring England to its knees.

When Nash is kidnapped it falls on Amelia and their friends to rescue him. With the assistance of Justin, Nash’s groom, they devise a plan to save him from certain death.

Once back at the ducal palace Nash keeps his word to Amelia just as the ball starts.

The duke and duchess are also hiding a secret from everyone in regards to the Rosewood earldom.
click to open popover

Janie_tx
3.0 out of 5 stars OKAY
25 February 2016 - Published on Amazon.com
Verified Purchase
I rated as okay, the story line was good but the story lacked substance, how can I explain. Regardless of how proper society might have been at the time it would have been better if family members spoke to each as 'mother' and 'father' when within the family or close friends. The author did change it at some point in the story when his father(duke) asked him(son) otherwise it makes the character cold. I was getting so confused with so many 'your grace' back and forth. I am avid reader, reading at least three to four books a week. I rate a story as great when the author brings excitement when dangerous events are happening, or (passion) deep feeling between two lovers, or the fear. I want to feel: cry when the characters suffer or hurt, anger when something bad happens or someone get wronged, laugh when something is funny, feel the happiness of the characters. I don't want to be negative but I want to help the author improve.
Read more

Rose M. Horelica
4.0 out of 5 stars Four Stars
28 April 2016 - Published on Amazon.com
Verified Purchase
I could not put it down.
Read more

Sharon L Clark
1.0 out of 5 stars Like a bad farce
6 April 2016 - Published on Amazon.com
Your Grace, her Grace, this Grace that Grace . I couldn't even finish this book with all the your gracing going on. Completely unbelievable that a supposed " rogue" "rakehell" is rendered completely incapable of speech and can't do anything but stare and stammer when she wears a strand of pearls in her hair. Glad I borrowed this book on kindle unlimited because it wasn't even worth the battery power I wasted on reading as far as I did.
Read more
2 people found this helpful

Kindle Customer
5.0 out of 5 stars Excellent Story
10 January 2016 - Published on Amazon.com
This book is interesting and well written. The books in this series have romance and suspense throughout. They are rich in description and have well developed characters.
Read more
2 people found this helpful
Go to Amazon.com to see all 5 reviews 3.3 out of 5 stars
Get FREE delivery with Amazon Prime
Prime members enjoy FREE Delivery and exclusive access to movies, TV shows, music, Kindle e-books, Twitch Prime, and more.
> Get Started
Back to top
Get to Know Us
Make Money with Us
Let Us Help You
And don't forget:
© 1996-2020, Amazon.com, Inc. or its affiliates