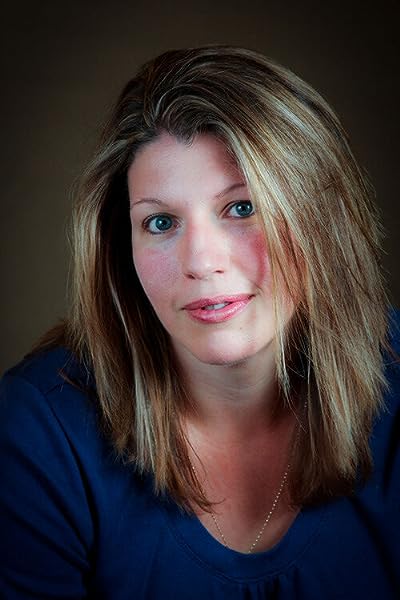 A busy wife and mother of three (two daughters and the family dog), Donna Alward believes hers is the best job in the world: a combination of stay-at-home mom and romance novelist.

An avid reader since childhood, Donna always made up her own stories. She completed her arts degree in English literature in 1994, but it wasn't until 2001 that she penned her first full-length novel and found herself hooked on writing romance. In 2006 she sold her first manuscript, and now writes warm, emotional stories for Harlequin's Romance line.

From her new home office in Nova Scotia, Donna loves being back on the east coast of Canada after nearly 12 years in Alberta where her Harlequin career began, writing about cowboys and the west. Donna's debut novel, Hired by the Cowboy, was awarded the Booksellers Best Award in 2008 for Best Traditional Romance.

With the Atlantic Ocean only minutes from her doorstep, Donna has found a fresh take on life and promises even more great romances in the near future!

Donna loves to hear from readers. You can contact her through her Web site or her MySpace page.

nicole saarinen
5.0 out of 5 stars Five Stars
Reviewed in Canada on 20 September 2017
Verified Purchase
one of my favourites.
Read more
Report abuse

Kindle Customer
5.0 out of 5 stars Great Book!
Reviewed in the United States on 31 December 2015
Verified Purchase
I won a paperback copy of Linda Lael Miller's book Now and Then with the bonus book Marriage At Circle M by Donna Alward in it also. It was definitely a bonus win and I very much enjoyed reading this book. I really felt for Grace and Mike with all the ups and downs that were going on in there life. I would recommend this book to everyone who loves a love story.
Read more
Report abuse

jeanbean
5.0 out of 5 stars Marriage at Circle M (Windover Ranch Book 2)
Reviewed in the United States on 10 October 2014
Verified Purchase
Grace and Mike had different lives growing up but basically they had all the things it takes to make a good life better. Running away or turning your back on problems never solves the issues at hand. Learning to trust and love is never easy but these two characters had to do so in order to move on and decide what was best for them. Wonderful book and author.
Read more
Report abuse

Carrie
5.0 out of 5 stars Wonderful!
Reviewed in the United States on 17 July 2014
Verified Purchase
This story really gets into the emotions tied into relationships, not only romantic ones but friendships and caring about someone, even a child or a neighbor. It is a really emotional story, with funny jokes for a laugh to hardcore tears for the sadness in Graces situation.
Read more
Report abuse
See all reviews
Get FREE delivery with Amazon Prime
Prime members enjoy FREE Delivery and exclusive access to movies, TV shows, music, Kindle e-books, Twitch Prime, and more.
> Get Started
Back to top
Get to Know Us
Make Money with Us
Let Us Help You
And don't forget:
© 1996-2020, Amazon.com, Inc. or its affiliates