Skip to main content
A Marquess, a Miss and a Mystery and over 1.5 million other books are available for Amazon Kindle . Learn more
Share <Embed> 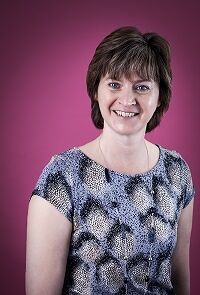 Page 1 of 1 Start overPage 1 of 1
Previous page
Next page
Start reading A Marquess, a Miss and a Mystery on your Kindle in under a minute.

3.7 out of 5 stars
3.7 out of 5
19 global ratings
How are ratings calculated?
To calculate the overall star rating and percentage breakdown by star, we don’t use a simple average. Instead, our system considers things like how recent a review is and if the reviewer bought the item on Amazon. It also analyses reviews to verify trustworthiness.

Marshall Lord
4.0 out of 5 stars Regency romance and detective story
Reviewed in the United Kingdom on 3 October 2019
Verified Purchase
"A Marquess, a Miss and a Mystery" by Annie Burrows is a Regency Romantic thriller set in about 1814, during the period after Napoleon's initial defeat, when he was exiled to the island of Elba but before the "hundred days" when he attempted a comeback, culminating in the battle of Waterloo.

At the start of the novel the heroine, Horatia Carmichael, is trying to make contact with dashing rake Lord Devises, who had been the best friend of her murdered brother. She knows the Marquess and her brother had been working for the government to track down a suspected spy ring, who had killed her brother when he got too close to them, and believes she has information which may make it possible to catch the culprits.

What follows is pretty much standard for the sub-genre of regency romantic detective or spy novels. The characters are reasonably well crafted enough to be interesting and there are a few moments of very amusing British comedy.

The espionage sub-plot is not as well crafted as the romance and the hero's title is not well explained.

As the younger son of a duke and half-brother of the current holder of the dukedom, the hero of this story would normally be addressed by the courtesy title of "lord" followed by his Christian name and family name: but would not usually be a Marquess unless he had inherited that title through his mother, which would be very rare.

There are some UK peerages which can descend through the female line, although when I looked them up on the Debrett's website none were Marquessates, though one of the subsidary titles (in the rank of baron) currently held by the 8th Marquess of Anglesea apparently could be so inherited.

If you like the regency romance/detective sub genre you will probably find reading this tale a reasonably amusing way to spend an hour or so.

East End Lady
3.0 out of 5 stars Ponderous.
Reviewed in the United Kingdom on 19 August 2019
Verified Purchase
In many ways this is quite a good book . The heroine is bright and clever, but she retreats behind her specs and wears dowdy clothes because she does not know how to engage with society. She is also determined to find out who has murdered her brother. This involves a lot of shuffling round gloomy corridors. At this point the story becomes quite tedious. I have the feeling that the story has been stretched when it should have been edited.
The book is obviously a sequel but it does not explain how the hero has a title in his own right when his duke brother is a duke , the rule is only one proper title per family ,the rest are courteously called lords and ladies.
Read more
Report abuse

MarybytheSea
5.0 out of 5 stars Absorbing romance and murder mystery
Reviewed in the United Kingdom on 1 August 2019
Verified Purchase
This is an excellent follow-up to 'A Duke in Need of a Wife' which provides some extra background family history. I regret that the two sisters are unpleasant and already married but the mother is a widow so maybe we shall be able to enjoy another story of this interesting family. The two main characters are searching for a traitor and along the way find that their two damaged halves make a complete whole. I was unable to put this book down until I had reached the end and thoroughly recommend it.
Read more
Report abuse

B. Bolton
5.0 out of 5 stars A Very ‘Scary’ Heroin!
Reviewed in the United Kingdom on 12 May 2020
Verified Purchase
The cover is very misleading. The girl is very attractive in her Specsavers spectacles!

However this is a lovely story with some hilarious moments.
Read more
Report abuse

Carol A. Strickland
3.0 out of 5 stars CNF, sorry. VERY slow going.
Reviewed in the United States on 10 August 2019
Verified Purchase
The author can put together good sentences (these days that's becoming increasing harder to find), and she knows her time period. Unfortunately her pacing is snail-like. I kept waiting for something to happen. Our Heroine was too busy trying to decide if she couldn't stand Our Hero or if she thought he was the bee's knees, to concentrate on finding her brother's killer. The murder mystery should have been the primary factor of the book, with the romance added in as teasing seasoning. If Our Heroine's not that motivated, why should we readers be interested in reading her story? Plus I couldn't figure why Our Hero should be remotely interested in her. I think a good editor could help the author fix this, but I put the book down about a quarter through. There are well-paced books out there I could be reading instead. Sorry.
Read more
3 people found this helpful
Report abuse
See all reviews
Back to top
Get to Know Us
Make Money with Us
Let Us Help You
And don't forget:
© 1996-2021, Amazon.com, Inc. or its affiliates