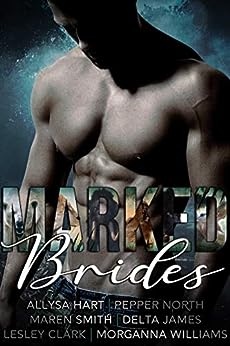 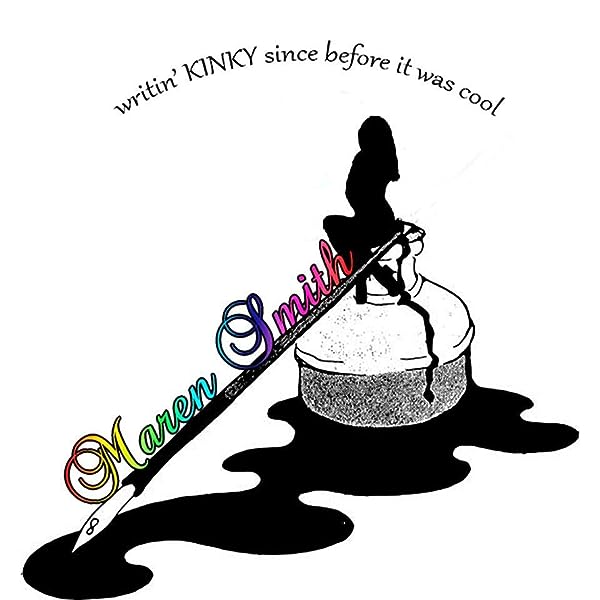 4.5 out of 5 stars
4.5 out of 5
127 global ratings
How are ratings calculated?
To calculate the overall star rating and percentage breakdown by star, we don’t use a simple average. Instead, our system considers things like how recent a review is and if the reviewer bought the item on Amazon. It also analyses reviews to verify trustworthiness.

Anne Dwyer
TOP 500 REVIEWER
5.0 out of 5 stars Great collection
Reviewed in Australia on 11 August 2020
Versoth Bride by Maren Smith
Josie agreed to go to Terra Arcus as a bride to help her family - what is really in store for her? Will she manage to survive what she is facing?
Mate of the Mamuut by Morganna Williams
Shiloh thought she was going to Tera Arcus to study the wild life on that planet - but when she arrives there, nothing is as she expected. She has been lied to by the authorites, and the reality is brutal. Will she be able to escape her fate? Or will she really find happiness there?
Wildcat by Delta James
The last thing Salem is looking for is a mate - when she is kidnapped from her lair and taken to Terra Arcus by a stranger who claims to be her mate, she fights with all her might - Will she be able to regain her freedom, or will she find something she didnt even know she needed with Jedrek?
A Polar Hope by Pepper North
Marisol has lost her job, and her situation is dire when a friend tells her about the recruitment of females to go to Terra Arcus. Turi recognises her as his mate - but will she accept her fate after seeing what happens at the auctions? Will she be able to adat to life with a clan of polar bears? Will Turi be able to win her heart as she has won his?
Daddy's Stowaway by Allysa Hart
Calli was desparate to leave Earth, but twice she had been refused a place on the inter stellar program, and had no idea why. When she comes across Sheri talking to her ex and it becomes clear that she really doesnt want to go, she talks her into giving Calli her identity bracrelet. When Rego finds out the truth - and why she was refused, he knows he has to do whatever is in his power to keep her safe. After all, she is his fated mate~! Will they get their happy ever after?
Their Fated Mate by Lesley Clark
Natalie is a Doctor, and signs up to go to Terra Arcus for a year to help them with their infertility problem. Little does she realise that science has little to do with the way they have chosen to save their population. Will she be able to resist the urge that Malachi and Aric cause in her? Or will Gareth succeed and destroy the three of them?
Great collection!

Sewsummore
TOP 500 REVIEWER
4.0 out of 5 stars An anthology of mail order brides set in the future!
Reviewed in Australia on 13 September 2020
This book is an anthology based on the interaction of human brides who travel to a distant planet named "Terra Arcus", inhabited by the decendants of humans who settled there some time in the past. Some of the humans created and lived spheres where they continued to thrive and develop technologically, but other humans, the decendants of criminals learned to adapt to the differing hostile environments found on the planet and mutated into shifters becoming neither full human nor animal. It was this group of inhabitants that were facing extinction with a reduction in the birthrate of females. The humans who lived in the sphere returned to an Earth where life had become increasingly difficult to survive for many humans. Women were encouraged to become mail order brides on "Terra Arcus." Six authors have all written a short storie about the life of a bride, after meeting her new mate. I was disappointed that the stories were not longer with a more developed storyline. What I did like was the range of shifters in the books, a welcome change from the usual wolves, bears and dragons etc., that are normally depicted in a lot of the shlfter books I have read in the past. Each of the authors has selected a shifter species that was able to survive and thrive in the different climatic extremes seen on the planet. I found this book an entertaining and original read, and a welcome change from other shifter or sci-fi romance books I have read previously. However, I did not like the underhand way way the brides were cheated and humiliated when they first arrived arrived on the planet.

barbie-ann
TOP 500 REVIEWER
5.0 out of 5 stars Wow what a wonderful book
Reviewed in Australia on 20 August 2020
After reading this book I had to take a little time to compose myself and get my thoughts clear in my head before I put them in a review.
Wow this book was amazingly written. Once I started I couldn’t put it down till I was finished. This book has twists and turns you don’t know what’s happening. will they all get there happily ever after or will it all go wrong. To find out what happens go buy the book. You won’t be disappointed I wasn’t.

TCH
TOP 500 REVIEWER
5.0 out of 5 stars Enjoy the read
Reviewed in Australia on 18 August 2020
This is a collection of 6 stories told by six exceptionally talented authors!
I cant think of a better way to introduce new authors to new readers then do an anthology!
These stories take place on planet Terra Arcus. Each story reads as a stand-alone with the central theme of each male alien shifter needs securing a female human mate. Sit back and enjoy.

Claypot2850
TOP 100 REVIEWER
5.0 out of 5 stars Fantastic Anthology
Reviewed in Australia on 7 November 2020
This was a fantastic collection of stories. Every kind of kinky alien shifter you can think of with a healthy dose of domestic discipline. Loved it
Read more
Helpful
Report abuse

liztrendy
5.0 out of 5 stars Good read
Reviewed in Australia on 10 October 2020
I loved this set of books a bit different from my usual ones but will be looking for more from these authors
Read more
Helpful
Report abuse
See all reviews

Kindle Customer
5.0 out of 5 stars Great stories.
Reviewed in the United Kingdom on 17 August 2020
Verified Purchase
Loved this collection so much that I hope there is a follow up to the stories I’ve read all of Pepper North books and this story is as good as the rest Lesley Clark is a new author for me her story was sexy and exciting all the other authors stories are just as good this collection is worth reading.
Read more
Report abuse

Sue Barter
4.0 out of 5 stars nothing
Reviewed in the United Kingdom on 28 October 2020
Verified Purchase
good story
Read more
One person found this helpful
Report abuse

Miss L. Jones
1.0 out of 5 stars No.
Reviewed in Canada on 27 August 2020
Verified Purchase
Did not enjoy this. I didn't finish.
Read more
Report abuse

Christine Paige
5.0 out of 5 stars six sexy stories in one book
Reviewed in the United States on 15 August 2020
Verified Purchase
Six of my favorite authors have joined together for this anthology! The six stories in this book takes place on planet Terra Arcus. Each story reads as a stand-alone with the central theme of each male alien shifter needs securing a female human mate.

Each of the characters captured my heart and kept me on the edge of my seat with the action. I’m normally not a fan of alien stories and this book changed my mind. I loved all the aliens and their land, their laws, their way of life. I want more!!!!!

Versoth by Maren Smith (my one-click author) - Loved this story! What a concept of this kind of shifters. Three men to take care of and love one woman.

Mate of the Mamuut by Morganna Williams – This is a sweet and sensual storyline. Earth men don't find Shiloh attractive, hoping a man from another planet will, she moves to Terra Arcus.

Wildcat by Delta James (my one-click author)- This character is an Uber-Alpha male, not willing to find his mate the way other are willing. He takes charge to find a mate as strong as he. She is very unsure and unwilling to be a mate, a submissive, until she realizes this is exactly what she wants in life.

A Polar Hope by Pepper North (my one-click author)- This is another of my favorite authors. Losing her job and needing a change, will Terra Arcus be what her heart needs? I love this story.

Daddy’s Stowaway by Allysa Hart – This a sweet and sexy story with characters easy to love. Sneaking aboard the spaceship may be irrational, but other choice does a girl have?

Their Fated Mate by Lesley Clark. Auctioned off, bought, and contract signed not by one but two men. What a sexy story. Has all the feels.

These six authors are such fabulous storytellers. The characters captured my heart and I could not put the book down. I was sorry to read the last page. I do hope these authors will consider writing more about Terra Arcus.
Read more
4 people found this helpful
Report abuse
See all reviews
Back to top
Get to Know Us
Make Money with Us
Let Us Help You
And don't forget:
© 1996-2021, Amazon.com, Inc. or its affiliates