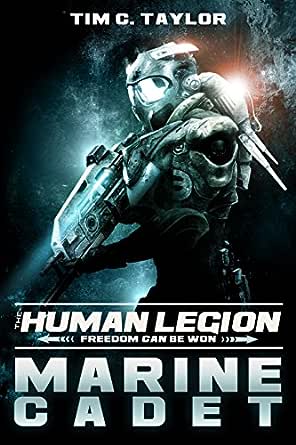 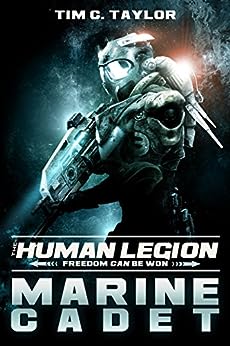 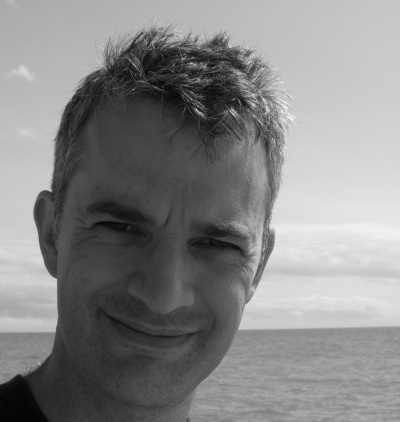 "This complete and unabridged audio book production is dramatically narrated by veteran voice actor Tom Zingarelli. The result is some ten and a half hours of pure 'theatre of the mind' listening pleasure." ---Midwest Book Review --This text refers to an out of print or unavailable edition of this title.

Tim C. Taylor is the author of several science fiction novels, including the Reality War series and the Human Legion series. When no one's looking, he also writes YA fantasy and science fiction short stories under the secret pen name of Crustias Scattermush. Tim lives in England. Visit him at timctaylor.com.

A veteran voice artist, Tom Zingarelli has produced and narrated many audiobooks in the last several years. He has also recorded books for the Connecticut State Library for the Blind and Physically Handicapped. His voice was featured on the popular PBS children's television program Between the Lions. --This text refers to an out of print or unavailable edition of this title.

JD (Baen Fan)
TOP 1000 REVIEWER
3.0 out of 5 stars It's ok, but I know Tim can write better than this. His 4HU book is brilliant.
Reviewed in Australia on 5 July 2019
Verified Purchase
Well, thank god that's over. Tim C. Taylor's first book in the Human Legion series is a struggle to get through, simply because of the main character. He's a whiny ass teenage cadet Marine, who seems to go out of his way to make things awkward for his squad, and continually gets them all into trouble, even if it's not always his fault. They hate his guts.

I really, really hope that the writing improves, because Tim's 4HU story was absolutely brilliant, so that's why I'm not completely writing this series off and will persevere with it.

The entire book is basically a set up for the coming conflict. Humans are slaves, to be trained as Marines to fight for their masters. No-one cares if they live or die, and so if a Marine looks like they might fail to be good enough, then they and their squad mates get executed in something called the Cull.

Arun, the main character, almost gets both himself and several others of his squad executed a couple of times, mainly because his genetically enhanced and modified body does strange things under the effects of the combat stimulant drugs the marines take.

There is little or hardly any action until the last quarter (or less) of the book, and that's pretty much the only good thing about the book. The action sequences seem plausible, and are easy to follow, and you almost start to hope Arun is going to finally start acting like a proper Marine.

There's an underlying plot that presumably will be revealed in future books to look forward to.

Rowan Fleer-Stout
3.0 out of 5 stars An interesting book, not for all readers.
Reviewed in Australia on 28 August 2015
Verified Purchase
AN interesting story... but the author has tried to show the MC's humanity but turning him into a child, it make sense in the plot but its irritating to read. Maybe it gets better but i put the book down after getting about half way because i just wasn't interested enough to deal with the wining.
Read more
Helpful
Comment Report abuse

Kindle Customer
2.0 out of 5 stars Two Stars
Reviewed in Australia on 4 March 2015
Verified Purchase
I couldn't get into this at all and stopped a short way in.
Read more
Helpful
Comment Report abuse

William J. Fox
5.0 out of 5 stars Kicking Butt
Reviewed in the United Kingdom on 3 April 2015
Verified Purchase
I have given 5 stars because the author deserves it for the quality of writing and ideas he has presented. Where it is different from all the other "Starship Trooper" clones is in how he presents humans as being the lowest of the low and fit (barely) to be no more than highly trained cannon fodder in the wars conducted by, apparently, superior races. The action is generally well paced but, for me, the story falters every time the main character falls into bed with one of the other marines. Taylor does almost fall into the equal opps trap of having homosexual and lesbian relationships but I prefer my sf to be generally sexless. The alien races are interesting and have their own characters including one race which is bred to become training casualties/enemy combatants for the marines to hone their skills on.

Although I generally enjoyed the novel and would recommend it to fans of the genre I am not sure I am really bothered about what happens next. I may eventually get the sequel but, for now, feel no pressing desire.
Read more
One person found this helpful
Helpful
Sending feedback...
Thank you for your feedback.
Sorry, we failed to record your vote. Please try again
Report abuse

Kindle Customer
4.0 out of 5 stars A must read space adventure
Reviewed in the United Kingdom on 13 January 2015
Verified Purchase
What a cracking story. The characters are engaging and the aliens surprisingly heartwarming. The first half was particularly well written. I got a teeny bit fed up with long descriptions of battles in the second half. But I am really gripped by the plot and can't wait to read book 2.
Read more
2 people found this helpful
Helpful
Sending feedback...
Thank you for your feedback.
Sorry, we failed to record your vote. Please try again
Report abuse

Mary B
4.0 out of 5 stars I enjoyed reading this
Reviewed in the United Kingdom on 3 March 2015
Verified Purchase
I enjoyed reading this, but the action is a little slow and I would have liked the story to have moved on a little further. I am looking forward to the next in the series.
Read more
Helpful
Sending feedback...
Thank you for your feedback.
Sorry, we failed to record your vote. Please try again
Report abuse

Alexander27
4.0 out of 5 stars Four Stars
Reviewed in the United Kingdom on 6 March 2015
Verified Purchase
could be the start of something good but?
Read more
Helpful
Sending feedback...
Thank you for your feedback.
Sorry, we failed to record your vote. Please try again
Report abuse

jad3703
5.0 out of 5 stars Good Fun!
Reviewed in Canada on 15 March 2015
Verified Purchase
This was a thoroughly enjoyable way to spend an afternoon! Thanks, Tim. Looking forward to the next offering in this story-line.
Read more
Helpful
Sending feedback...
Thank you for your feedback.
Sorry, we failed to record your vote. Please try again
Report abuse

Ice1
4.0 out of 5 stars Four Stars
Reviewed in Canada on 30 April 2015
Verified Purchase
Was not sure about this one then I was hooked, well done.
Read more
Helpful
Sending feedback...
Thank you for your feedback.
Sorry, we failed to record your vote. Please try again
Report abuse

Rory N. Keelan
3.0 out of 5 stars Ok but ...
Reviewed in the United Kingdom on 3 February 2015
Verified Purchase
Bit thin on characterization and slow paced.
Read more
Helpful
Sending feedback...
Thank you for your feedback.
Sorry, we failed to record your vote. Please try again
Report abuse