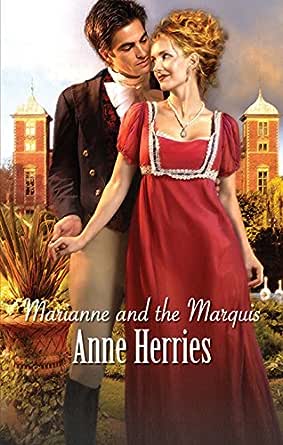 Linda Sole was started writing in 1976 and writing as Anne Herries, won the 2004 RNA Romance Award and the Betty Neels Trophy. Linda loves to write about the beauty of nature, though they are mostly about love and romance. She writes for her own enjoyment and loves to give pleasure to her readers. In her spare time, she enjoys watching the wildlife that visits her garden. Anne has now written more fifty books for HMB. You can visit her website at: www.lindasole.co.u

Kindle Customer
5.0 out of 5 stars Delightful
Reviewed in the United Kingdom on 18 April 2017
Verified Purchase
I loved this book. This actually second time of reading and still as enjoyable. The girls are a delight.and I am now about to read Jo and Lucy's stories.
Read more
Report abuse

Andy H
5.0 out of 5 stars Five Stars
Reviewed in the United Kingdom on 13 January 2015
Verified Purchase
A very good read - and the rest of the trilogy matches it.
Read more
Report abuse

Emma McG
2.0 out of 5 stars Tedious
Reviewed in the United States on 20 August 2012
Verified Purchase
Tedious. That's the only way to really describe this book. The premise of it is good, and that's why I bought it. I liked the prologue and had high hopes for it. The hero, Drew, is likable enough, but the heroine is saccharine and perfect. She has virtually no faults, and I find these types of characters hard to enjoy or relate to. I didn't understand why she and the hero fell in love, other than they were supposed to because the author had decided it to be so. Moreover, it seemed like much of Drew's background was repeatedly "ret-conned" (for lack of a better term). More and more was added to his background after it seemed it had all been told. First, he's just wanting some action and adventure. Then, it seems he was orphaned as a child. Then, he met Marianne when they were children. Oh, but later, he somehow spent time with her father before he died, not knowing it was her father. It just was...tedious.

Another issue I had with this story was that the reader isn't allowed to figure out the mystery on his own. The story is told from everyone's point of view at one point or another. It's far too obvious who the villain is, and the author goes out of her way to tell part of the story from his point of view. It seemed a blatant attempt to curry sympathy for him from the reader, but instead, it was silly. How is the reader supposed to enjoy the "mystery/suspense" element of this story if we know who the villain is and what his motives are?

Lastly, the story dragged. It went on and on. After the climactic end of the adventure-ish part of the story, it went on for another several chapters. I felt like it could have all been wrapped up a lot sooner and a lot cleaner. I know this is the first in a trilogy, but there was little-to-no setup for the next book. It would have been nice to get a little peek at what's coming.

All in all, it was just okay for me. It wasn't dreadful, but it certainly won't be staying on my Kindle for future re-reads. If you can borrow it from a library, at least save yourself the money.