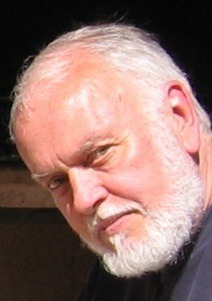 by Sterling Seagrave (Author)
4.2 out of 5 stars 69 ratings
See all formats and editions
Sorry, there was a problem loading this page. Try again.

Arch swindler. Conman. Survivor. Poseur. Between American business, organised crime, the CIA, the Pentagon and four White House administrations, Ferdinand Marcos was able to maintain his iron grip over the Philippines for over two decades. During this time the Filipino lawyer-turned-President and his First Lady, Imelda, accumulated vast wealth and transformed the islands into a gaudily-masked criminal hub. Brutality and sordidness went hand in hand, yet it was only after “people power” toppled the Marcos dictatorship in 1986 that the world learned the true extent of their depravity. That, and of Imelda’s 3,000 pairs of shoes and bulletproof brassiere. In investigating figures known for manipulating histories and facts to suit circumstances, Sterling Seagrave untangles a web of truths and untruths to reveal the hows and whys of The Marcos Dynasty. It is an account rivalling the richest of political thrillers … and is all the more compelling for its veracity.

Praise for The Marcos Dynasty:

“[A] merciless account of the Filipino dictator’s rise and fall.” — Time “Offers a wealth of new information about the personal lives of ‘Ferdy’ and Imelda … a couple who were not just greedy beyond belief but also deceitful, ruthless and embarrassingly tacky … Seagrave delivers the goods.” — UPI “Fascinating.” — The Philadelphia Inquirer “Seagrave’s history of how the Philippines’ former president and first lady managed to become so awfully corrupt and so immensely rich and powerful will satisfy the cravings of those addicted to such tales — which may include just about everybody.” — The Washington Post Book World “I found The Marcos Dynasty fascinating reading. Of particular interest was his detailed examination of Marcos’ connections to the so-called Yamashita Treasure. He provides a detailed examination of Marcos’ ties to top CIA, Mafia, business, and political leaders in the United States as well as in Japan and several European countries. While parts of The Marcos Dynasty read like a fast-paced thriller, there is an underlay of thorough investigative work.” — Lewis M. Simons, author of Worth Dying For “The Marcos Dynasty tells a story that is so slimy, sleazy and bizarre that it reads as if Seagrave were exposing underworld characters in some powerful crime syndicate. Sadly, of course, he is.” — The Boston Herald “There is much that is fresh and invigorating about Seagrave’s book — he is a fine writer with a good eye for drama. And there is much drama to mine out of the Marcos story … Gripping and very persuasive.” — Newsday Sterling Seagrave, grew up on the China-Burma border in the 1940s (his father was Dr Gordon Seagrave, author of Burma Surgeon). He is the author of Yellow Rain, The Soong Dynasty, Dragon Lady, and Lords of the Rim and has written many articles for major newspapers and magazines. He lives in Europe.
Read more
Previous page
Next page

Page 1 of 1 Start overPage 1 of 1
Previous page
Next page
Start reading The Marcos Dynasty on your Kindle in under a minute.

Sterling Seagrave (born 1937) is the author of thirteen non-fiction histories and biographies, many co-authored with his wife, Peggy Seagrave. He grew up in Asia, in the remote Golden Triangle opium country on the Burma-China border, when Burma was still part of British India. He is in the 5th generation of American medical missionaries, teachers, and doctors who first came to Burma in 1832. He was in Burma when it was invaded by Japan in 1942, but with other family members were aboard the last refugee ship to India. His father, bestselling author of Burma Surgeon and Burma Surgeon Returns, was General Stilwell's chief medical officer in the CBI Theater. In 1947-8 when Britain gave Burma its independence, multiple civil wars broke out that continue today, and led to a military dictatorship still in power now. He was educated at a boarding school in India, then later in North and South America. In 1958, he dropped out of college and went to Cuba, age 21, as a stringer for the Chicago Daily News, instead helping Fidelistas in Pinar del Rio move ammunition and medicines brought by smuggling boats from the Florida Everglades. Since age 18, he has been a journalist at various newspapers including four years at The Washington Post. In 1965 he resigned to freelance throughout Asia for magazines including TIME, LIFE, Newsweek, Esquire, GEO, Atlantic, and Smithsonian. In 1979, he began writing investigative books, about the secret use of chemical and biological weapons, followed by a series of books on the powerful dynastic families of Asia, revealing their true histories disguised by propaganda and hagiographies. Death threats from Taiwan followed publication of The Soong Dynasty, a nationwide bestseller and top choice of the Book of the Month Club. The film option was purchased by George Roy Hill and Paul Newman. Next came books about Japan's looting of Asia in WW2, and how the treasure "vanished" when it was secretly recovered by the CIA to bribe foreign dictators and oligarchs. More death threats caused him to move to Europe in 1985 with Peggy Seagrave. They are now French citizens, writing their fourteenth book. Many have been bestsellers in multiple languages, including Mongol. In France, Seagrave has published three French editions in Paris, and has had long interviews in Paris Match, Nouvel Observateur, and Valeurs Actuel. They lived on a sailboat for ten years, then moved ashore to restore a 13th C stone wine-cave first built by the Knights Templar. It is surrounded by vineyards, with fine views of the Pyrenees and the Mediterranean. They have spent 17 years restoring it, while continuing to research and write books. They are now working on film projects, as well, including a major documentary film about his father, being produced by a Chinese film company; Seagrave's father was chief surgeon both for Stilwell's American forces, and Chinese armies retaking Burma from Japan. So the "Burma Surgeon" is a legendary figure in China as well.

4.2 out of 5 stars
4.2 out of 5
69 global ratings
How are ratings calculated?
To calculate the overall star rating and percentage breakdown by star, we don’t use a simple average. Instead, our system considers things like how recent a review is and if the reviewer bought the item on Amazon. It also analyses reviews to verify trustworthiness.

S. Woods
3.0 out of 5 stars Enlightening Account
Reviewed in Australia on 17 December 2018
Verified Purchase
Opened my eyes to the extent of the corruption and makes a strong case for the US playing a large role in propping up a dictator. The second half of the book is a great read, the first few chapters get lost in endless detail which could do with a good editor.
Read more
Helpful
Report abuse

Elisabeth Tuckwell
5.0 out of 5 stars What a evil corrupt man
Reviewed in Australia on 14 December 2019
Verified Purchase
If you want to know about foreign interference in a country good old USA leads the way every time.
Read more
Helpful
Report abuse

Amazon Customer
5.0 out of 5 stars Five Stars
Reviewed in Australia on 19 May 2017
Verified Purchase
A very good preview of this corrupt dynasty.
Read more
Helpful
Report abuse
See all reviews

neil ferrans
5.0 out of 5 stars Meglomania, history, cautionary notes.
Reviewed in the United Kingdom on 8 June 2017
Verified Purchase
Well researched account of the subject and of the USA influences.
A good read for anyone who was remotely associated with the Philippine region and/or the period of Marcos`s reign.
Similar attempts at dynasty creation exist today with people like Robert Mugabe, as egotistic and megalomaniacal as Marcos. Frightening how such an individual and his spouse can be allowed to reach such positions of untouchability.
The author definitely reveals how "for bad men to succeed, it needs only for good men to remain silent".
Read more
One person found this helpful
Report abuse

Bellringer
4.0 out of 5 stars Detailed and Very Interesting
Reviewed in the United Kingdom on 7 September 2018
Verified Purchase
Democracy in the Philippines was a joke but what's worse is how our government of all persuasions collaborate with the corruption. Disgraceful. These are people lecturedlied to us about right and wrong while acting in the way they did. I will be even less trusting of our so-called democratic leaders in future. They are all as bad as each other and those they talk down to.
Read more
Report abuse

Hugo Vaes
5.0 out of 5 stars Inside the Marcos Dynasty
Reviewed in the United Kingdom on 5 March 2019
Verified Purchase
I read another book about the Marcos administration, but this is what I would say the best book, that describes the life and reign of this former twice elected president and dictator of the Philippines.
Read more
Report abuse

Jeffrey Black
4.0 out of 5 stars Lots of information
Reviewed in the United Kingdom on 4 July 2020
Verified Purchase
A lot of history of the Marcos family leading up to the time of his term as president...l rather lost the plot...l have not yet finished the book..so time will tell
Read more
Report abuse

Mrs. E. M. Evans
4.0 out of 5 stars Well researched, detailed account of Ferdinand Marcos
Reviewed in the United Kingdom on 31 July 2017
Verified Purchase
Although I have much enjoyed this book and learned a lot, it is heavy going with so much detail that it's confusing. I had to go back a couple of times to clarify people and their connections. Knowing the country helped. Worth reading but I took longer than expected to get through it.
Read more
Report abuse
See all reviews
Back to top
Get to Know Us
Make Money with Us
Let Us Help You
And don't forget:
© 1996-2021, Amazon.com, Inc. or its affiliates