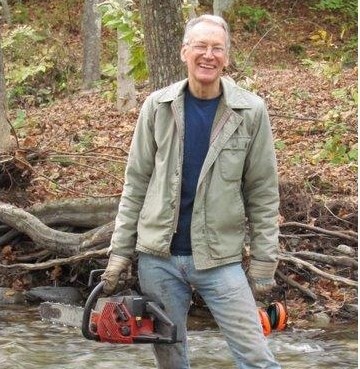 Page 1 of 1 Start overPage 1 of 1
Previous page
Next page
Start reading The Marble Mask (Joe Gunther Mysteries Book 11) on your Kindle in under a minute.

4.4 out of 5 stars
4.4 out of 5
70 global ratings
How are ratings calculated?
To calculate the overall star rating and percentage breakdown by star, we don’t use a simple average. Instead, our system considers things like how recent a review is and if the reviewer bought the item on Amazon. It also analyses reviews to verify trustworthiness.

E D Floyd
4.0 out of 5 stars Archer Mayor wins again!
Reviewed in the United Kingdom on 8 May 2015
Verified Purchase
I like the author and main character. the Vermont setting feels authentic. The supporting characters ring true. The author clearly has immense life experience as evidenced by the story as it unfolds. Organizational aspects very well drawn. Different and distinctive series. Unusual plot in a number of aspects. One door opens to two doors and so on. Strangely; the title is rather loosely connected to the plot and is only revealed at the end.
Read more
Report abuse

finney16
4.0 out of 5 stars Another good book in Gunther series
Reviewed in the United Kingdom on 23 May 2014
Verified Purchase
I have now read all the previous books and they get better with each book and I am now very fond of the characters in the books well recommended
Read more
Report abuse

linda
5.0 out of 5 stars good crime book
Reviewed in the United Kingdom on 18 May 2013
Verified Purchase
good book,no boring bits,keeps you wanting to read more, a very good series by archer mayor, he keeps the same characters and in each book you learn a bit more of there personal lives
Read more
Report abuse

claire
5.0 out of 5 stars very good
Reviewed in the United Kingdom on 28 October 2013
Verified Purchase
I have enjoyed all the Joe Gunther books.I had never heard of this series, but enjoyed the book so much that I will be looking for others in the series.
Read more
Report abuse

Kindle Customer
3.0 out of 5 stars Joe Gunther in Stowe Vemont and Sherbrooke Quebec
Reviewed in the United States on 3 November 2014
Verified Purchase
The author, Archer Mayor, has moved the central character, Joe Gunther, out of the Brattleboro Vermont police department to the Vermont Bureau of Investigation (VBI). The VBI (does not exist in reality) was formed through recent legislation as a result of political shenanigans, described in the prior book. The VBI is new, poorly staffed, not understood by residents in Vermont and held in overt or covert contempt by many in law enforcement. Gunther has been able to bring only Sammy and Willy with him from Brattleboro. Gunther's girl friend, Gail, now a lobbyist, spends a fair amount of time in Montpelier, the capital of Vermont, but not much time with Gunther. The author takes pains trying to describe the growing pains of the VBI. The detail was somewhat frustrating to work through. I found myself wondering if the author was writing the book as he was trying to figure out how best to incorporate this new agency into the storyline.

The story focuses on what may have been a murder more than 50 years ago. The law enforcement drama takes the reader to Sherbrooke, Quebec (located a good distance east of Montreal - you will read a lot of its development), and Stowe Vermont (east of Burlington and north of Montpelier). In Canada, we find Sherbrooke with rival gangs very much prone to violence, a possibly corrupt police department, and the role Canada played in World War II. In Stowe, we need to work through (needs some patience), historical events taking place in 1946 and 1947.

There are many law enforcement characters we are not used to, both from Vermont and Quebec. In addition, the list of possible bad guys is long, mostly from Canada. It was easy to get lost with all of these new characters.

There was lots of action towards the end. However, if you are like me, I could not sort out one character from another and what the point of all the complexity was. I was also disappointed with Gunther's naivete - how many times is he going to put himself voluntarily in harm's way?

I have read the prior ten Joe Gunther books and this one ranks towards the bottom. However, I have found it helpful to read these in order. I will keep reading the Joe Gunther series. I am hopeful for a less tedious and more coherent book #12.
Read more
2 people found this helpful
Report abuse
See all reviews
Back to top
Get to Know Us
Make Money with Us
Let Us Help You
And don't forget:
© 1996-2021, Amazon.com, Inc. or its affiliates