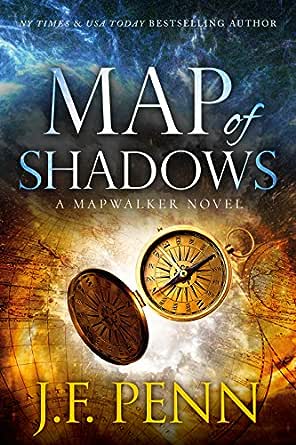 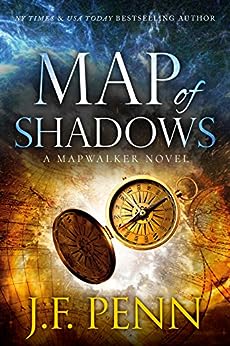 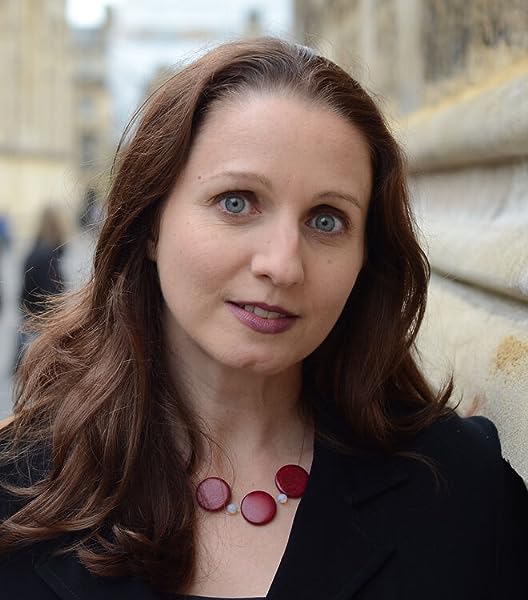 J.F.Penn is the Award-nominated, New York Times and USA Today bestselling author of the ARKANE thrillers and London Crime Thriller series as well as other dark fantasy stories. Her books weave together ancient artifacts, relics of power, international locations and adventure with an edge of the supernatural. Joanna lives in Bath, England and enjoys a nice G&T. Try a free thriller at: www.JFPenn.com --This text refers to the paperback edition.

4.3 out of 5 stars
4.3 out of 5
144 global ratings
How are ratings calculated?
To calculate the overall star rating and percentage breakdown by star, we don’t use a simple average. Instead, our system considers things like how recent a review is and if the reviewer bought the item on Amazon. It also analyses reviews to verify trustworthiness.

The Queen of Self Published Book Reviews
5.0 out of 5 stars Fabulous new series from a very talented writer
Reviewed in Australia on 1 January 2018
Verified Purchase
I love J F Penn's ARKANE series and was keen to read this first book in a new series. I was not disappointed. I really enjoy how the author mixes mythology, fantasy, action and adventure. Her books are always exciting to read and very tightly written....there are no sections in her books that you wish were edited out. Fast-paced, thought-provoking and full of mystery and adventure. I recommend this book - great holiday read. Sit down and lose yourself in the story. Then do yourself a favour and read the ARKANE series.
Read more
Helpful
Comment Report abuse

Jeanette
5.0 out of 5 stars Excellent, fun action fantasy. Not to long and not to short, just right.
Reviewed in Australia on 3 July 2018
Verified Purchase
Excellent story. Loved the journey and characters. My favourite Sienna, the mapmaker and Perry with his fire making skills. Anyone who is interested in action fantasy will enjoy this book. I just hope it’s a series. :)
Read more
Helpful
Comment Report abuse

Kindle Customer
5.0 out of 5 stars Awesome book
Reviewed in Australia on 17 March 2018
Verified Purchase
I love Joanna's writing. She really draws you into the storyline and develops fantastic characters. Looking forward to reading the next books.
Read more
Helpful
Comment Report abuse

Robbie Johnson
5.0 out of 5 stars A good read from start to finish.
Reviewed in Australia on 12 December 2017
I loved the characters, the story and the action. I've read a few of Penn's books and this one has got to be one of the best so far. The action starts in the first few pages and doesn't let up till the end.
Read more
Helpful
Comment Report abuse
See all reviews

Georgia Rose
5.0 out of 5 stars An excellent and visceral treat of an adventure
Reviewed in the United Kingdom on 7 September 2020
Verified Purchase
I wouldn’t usually choose fantasy to read, but, luckily for me, I didn’t know this was fantasy when I bought the book, which just goes to show you should always tread outside your comfort zone. I did know it was adventure though, and I do like an adventure.

I have to say I was a little dubious during the prologue as I wasn’t quite sure what was going on with Michael Farren but then neither did Sienna Farren, his granddaughter, who turned out to be the main character in this story. Stick with it because once we meet her in chapter 1 I was on safer ground and enjoyed finding out about her true gifts, as indeed she did, sort of.

I liked the fact the story is set in a real place, Bath, as I felt that grounded everything when the story dipped into, and then fully submerged, in the darkness of the Borderlands, a shadowy parallel world.

This story is wonderfully visceral, and in places, sickening. It is true escapism to another world, one far darker than our own, where the borders are held precariously in place by the magic of a few. The other characters were well-rounded too – Bridget, Mila, Perry, Xander and Finn. The fact I can name them from memory tells me that.

For me, Map of Shadows showed terrific imagination, it had a good pace throughout and brilliantly descriptive writing. It is the start of a series and while it is a complete story itself with no horrendous cliff hanger you can tell there is so much more to come. Sienna finding her true path after being so lost in her previous life, and the passion of a love, torn apart. This is a rollicking good read; I highly recommend it.

Simon Huggins
4.0 out of 5 stars Pacy Adventure with hunks of human horror meat, bloody magic, and a demonstration of why you must have skin in the game
Reviewed in the United Kingdom on 10 January 2018
Verified Purchase
This is the first of J F Penn's books that I've read, so started with an open mind.
The story is well paced, starting with a killing (no, not a whodunnit), the origins of the protaganist, and the unfolding of the new world her Uncle has brought her into. And it's a fascinating magic-related concept that I've not come across before.
The main characters are all Young Adult, but I'm guessing most older adults are perfectly fine with that, given the buffy-mania of the 1990s.
In the early parts of the story, I found it to be somewhat detached - even clinical - in its description of Borderlanders being initially dispatched, and I did struggle to connect with the characters.
However, once the action moved to Borderlander side, it gave the story an opportunity for the characters' relationships to develop, and I started enjoying their adventures, which moved at a good pace. Some of the scene set-ups and escapes seemed a bit contrived (e.g. they just happened to arrive at exactly the moment when both of two separate people with two different backgrounds that they were there to rescue were nearly goners... did require an extra dose of suspension of disbelief), but reflecting on it, this is fine and pretty standard... if you think of this as more of a rollicking adventure book in the grand tradition ... which is largely what it is... Adventure with a generous sprinkling of hunks of meaty horror.
There is a fair amount of disturbing imagery in the book. I'd say if you are OK with GoT level of squidginess (including baby related implied squidginess), then this will be absolutely fine for you.
The start of what promises to be a rich and engaging universe.
Read more
2 people found this helpful
Report abuse

Reen Jones
5.0 out of 5 stars A strange shadow world
Reviewed in the United Kingdom on 28 May 2020
Verified Purchase
The first book in a new series, which starts out with a rather unbelievable premise; that alterations on a map can change things in the real world. This is what the main character is faced with, as after the murder of her grandfather, she is drawn deeper and deeper into a strange shadow world that parallels our own. A great story. I didn't think it could work, but now I can't wait to get the next one.
Read more
One person found this helpful
Report abuse

RFT
4.0 out of 5 stars Excellent writing as usual
Reviewed in the United Kingdom on 7 January 2018
Verified Purchase
I loved the unique concept, but I would have liked more elaboration of the minor characters. I found that they could have been reduced to fewer in number and been less confusing. Perhaps I need to read it again (as I am probably slow on the uptake!). However, I did enjoy reading it and would recommend it to those who are not squeamish.
Read more
One person found this helpful
Report abuse

swnseajac
5.0 out of 5 stars Loved it
Reviewed in the United Kingdom on 13 December 2017
Verified Purchase
She’s done it again!!! I have loved every book this lady has written everything she does gives your that surge of exciment as you start the journey . Map of shadows is the start of very exciting journey to come . Buy this ladies books
Read more
Report abuse
See all reviews
Get FREE delivery with Amazon Prime
Prime members enjoy FREE Delivery and exclusive access to movies, TV shows, music, Kindle e-books, Twitch Prime, and more.
> Get Started
Back to top
Get to Know Us
Make Money with Us
Let Us Help You
And don't forget:
© 1996-2020, Amazon.com, Inc. or its affiliates