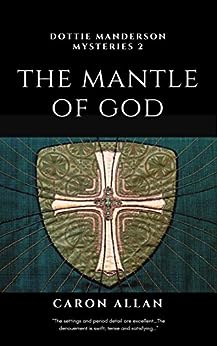 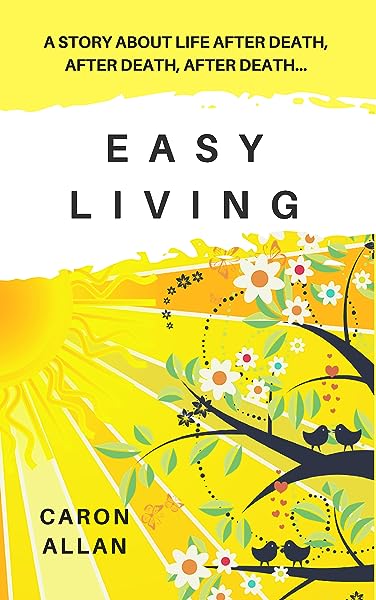 The Mantle of God: a Dottie Manderson mystery. Can a tiny piece of faded cloth really be worth killing for? Is the past ever truly forgotten? A friend asks Dottie Manderson to find out more about a scrap of fabric found in a dead man's pocket. But as soon as she starts to ask questions, things begin to happen. It's not long before someone dies, and Dottie has to wonder if she may be next. What can it mean? Can the insignificant scrap really be a clue to a bloody past and a time of religious hatred and murder? Join Dottie as she works to uncover the truth of a distant past, and at the same time discover secrets held by her own closest friends and family. In addition to all that, she is forced to admit to her own growing feelings for a certain police inspector. Can William Hardy put the murderer behind bars before it's too late? Just who is behind the recent string of robberies, nicknamed the Dinnertime Thefts by the media? Setting aside his own personal tragedy, Hardy has to get behind the polite façade of 1930s London society to find a killer. I mainly write in the mystery/crime genre but I also enjoy dabbling in fantasy fiction. I'm married with two grown up children and now live in Derbyshire, England, where Jane Austen's Mr Darcy came from. I divide my time between taking pictures of my cats and writing. When not plotting how to kill people (for the books, of course!) I can often be found trawling the aisles of my local grocery stores in pursuit of everyday items with lethal potential. Other interests include literary studies, history, cats, cooking, gardening, family tree research and chatting on Facebook. I self-published my first book, Criss Cross, book one of the Friendship can be Murder trilogy, in 2013 and the follow-up, Cross Check in 2014. The third book of the Friendship can be Murder trilogy, Check Mate, appeared in February 2016. The Dottie Manderson mystery series are set in Britain in the 1930s. Dottie is a young woman with a nose for trouble and an enquiring mind. Book three, a novella called Scotch Mist, is due out in the late spring/early summer of 2018, then book four, a full-length novel, called The Last Perfect Summer of Richard Dawlish, will appear in the autumn/winter of 2018. You can find out more on: caronallanfiction.com --This text refers to the paperback edition.

Eleanor
5.0 out of 5 stars A great read
Reviewed in the United Kingdom on 14 August 2020
Verified Purchase
I've read several Caron Allan novels but this is by far my favourite. I couldn't put it down and read it 2 days!
I've grown fond of Dottie and William in this series and was keen to follow their growing romantic attachment, but what grabbed my interest and kept me turning the page was the plot. Inspector William Hardy needs to solve a series of break-ins and the mystery that lies behind them which appears to be linked to a scrap of old cloth. It seems that the thieves are determined to recover parts of a vestment that dates back to the Middle Ages.
Thoroughly deserves 5 *s
Read more
One person found this helpful
Report abuse

Katie Cook
5.0 out of 5 stars Page turner!
Reviewed in the United Kingdom on 22 December 2017
Verified Purchase
A very worthy follow-up to Day and Night, The Mantle of God is a terrific page-turner. I read it in two days, and loved the further development of the main characters (especially the softening of the mother!)
There were lots of gorgeous details about 1930s London life, which readers will enjoy. The author paints an atmospheric picture and puts the reader right into the era. The descriptions of the fabrics and the history behind them too was interesting and educational.
Warm-hearted characters that you care about and a plot that moves at a good pace – a great read!
Read more
One person found this helpful
Report abuse

Angela Lloyd
5.0 out of 5 stars Truly inspirational and intriguing
Reviewed in the United Kingdom on 5 March 2018
Verified Purchase
if you pick this up you will not be able to put it down. Full of mystery, intrigue, humour and so many gasping moments - This author is truly a literary genius making you feel a part of the action. She portrays characters in a way to make you feel as if you know them personally, amazing book. Am counting down the days to the next one :)
Read more
One person found this helpful
Report abuse

Jessrichfifi
5.0 out of 5 stars Fabulous
Reviewed in the United Kingdom on 19 April 2018
Verified Purchase
Absolutely fantastic as always. Countdown until the next one!
Read more
2 people found this helpful
Report abuse

Amazon Customer
4.0 out of 5 stars Dottie's World
Reviewed in the United States on 20 April 2018
Verified Purchase
I have fell in love with Caron Allan's writing. I like the 1920s and 30s Era. Miss Allan's characters come off the pages of her book like they might be standing right in the middle of your living room. They become that real.
Dottie, the main character of the story is always getting herself in a pickel, whether it's her own fault or that fate steps in to spoil the day. Her mother is a woman who keeps the status quo of the day at the forfront of her thoughts no matter what. You could say she's a little bit of a snob. And her husband hides behind a newspaper, but he does share his opinion once in awhile.
There are too many characters to mention. But the storyline is jam packed with adventure, a little danger, and humor thrown in to round out the story. I highly recommend this book. I am hooked.
Read more
Report abuse
See all reviews
Back to top
Get to Know Us
Make Money with Us
Let Us Help You
And don't forget:
© 1996-2021, Amazon.com, Inc. or its affiliates