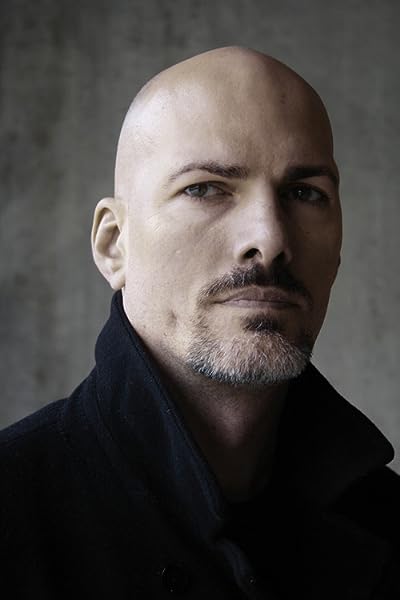 View our curated selection of business and self improvement titles.
Explore best sellers Shop now.
Tell the Publisher!
I’d like to read this book on Kindle

Jeff Salyards grew up in a small town north of Chicago. While it wasn’t Mayberry, it was quiet and sleepy, so he got started early imagining his way into other worlds that were loud, chaotic, and full of irrepressible characters. While he ultimately moved away, he never lost his fascination for the fantastic. Though his tastes have grown a bit darker and more mature over the years.

Jeff lives near Chicago with his wife and three daughters. By day, he is a book editor for the American Bar Association; by night, he will continue to crank out novels as long as there are readers willing to read them.

Melanie Meadors
5.0 out of 5 stars Awesome collection of Urban Fantasy
Reviewed in the United States on 5 February 2014
Verified Purchase
The stories in this book range from the fun to the freaky, a great mix of familiar and new. I highly recommend this to both fans of UF and those who have never touched it before--you'll see what the genre has to offer. So much more than vampires!
Read more
2 people found this helpful
Report abuse

Cynthia Mowery
4.0 out of 5 stars Loved the story by Teresa Frohock
Reviewed in the United States on 10 November 2014
Verified Purchase
Loved this collection of short horror/fantasy stories; some more than others. My favorite is by Teresa Frohock. Poor guy, Teresa, he really got more than he bargained for!! Enjoyed other stories also in this collection, but my favorite and, in my opinion, a much elevated writing compared to some of the other stories was absolutely "Naked the Night Sings" by Teresa Frohock.
Read more
One person found this helpful
Report abuse
See all reviews
Back to top
Get to Know Us
Make Money with Us
Let Us Help You
And don't forget:
© 1996-2021, Amazon.com, Inc. or its affiliates