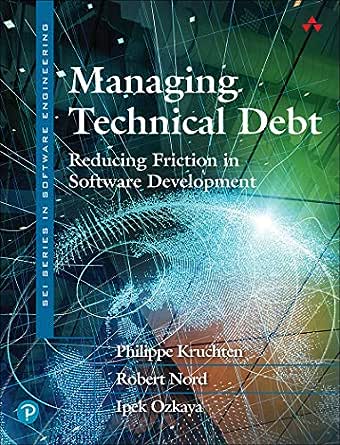 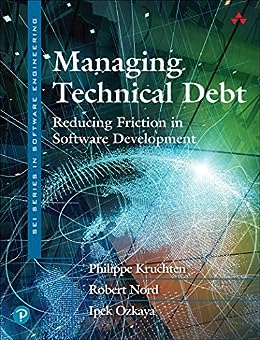 Philippe Kruchten is a professor of software engineering at the University of British Columbia in Vancouver, Canada. He joined academia in 2004, after a 30+-year career in industry, where he worked mostly with large software-intensive systems design in the domains of telecommunication, defence, aerospace, and transportation. Some of his experience in software development is embodied in the Rational Unified Process (RUP), whose development he directed from 1995 until 2003. He’s the author or co-author of Rational Unified Process: An Introduction(Addison-Wesley, 1998), RUP Made Easy: A Practitioner’s Guide (Addison-Wesley, 2003), and Software Engineering with UPEDU (Addison-Wesley, 2003), as well as earlier books about programming in Pascal and Ada. He received a doctoral degree in information systems (1986) and a mechanical engineering degree (1975) from French engineering schools.

Robert Nord is a principal researcher at the Carnegie Mellon University Software Engineering Institute, where he works to develop and communicate effective methods and practices for agile at scale, software architecture, and managing technical debt. He is co author of the practitioner-oriented books Applied Software Architecture (Addison-Wesley, 2000) and Documenting Software Architectures: Views and Beyond(Addison-Wesley, 2011) and lectures on architecture-centric approaches. He received a PhD in computer science from Carnegie Mellon University and is a distinguished member of the ACM.

Ipek Ozkaya is a principal researcher at the Carnegie Mellon University Software Engineering Institute. Her primary work includes developing techniques for improving software development efficiency and system evolution, with an emphasis on software architecture practices, software economics, agile development, and managing technical debt in complex, large-scale software-intensive systems. In addition, as part of her responsibilities, she works with government and industry organizations to improve their software architecture practices. She received a PhD in Computational Design from Carnegie Mellon University. Ozkaya is a senior member of IEEE and the 2019—2021 editor-in-chief of IEEE Softwaremagazine.

Bazmundi
4.0 out of 5 stars Agile keeps finding new names for old problems
Reviewed in Australia on 5 October 2019
Verified Purchase
I think the software crisis of the 70s has never gone away. The perpetual disdain for "waterfall" even in today's generation of hacks speaks to the cognitive ease that lazy people apply to the problem. Even the idea that the agile community is heading towards CMMI is interesting, since CMMI is an archetype of the process models the agile camp rejected. So, given the young pups paid no attention to the history of software engineering, why would I bother point out that the Technical Debt models embraced by the new generation are the decision management schemes CMU dusted off and rebadged - for the cultural pygmies. Apt really. Ironic yes.
Read more
Helpful
Comment Report abuse
See all reviews from Australia

Having read the book from cover to cover, I can say that this book is an excellent resource on managing technical debt. In particular, the authors do a great job of taking an abstract concept and explaining it in simple terms. They also do a wonderful job of highlighting several key insights from previous research and providing a wealth of examples and recommendations for practitioners.
Read more
2 people found this helpful
Helpful
Sending feedback...
Thank you for your feedback.
Sorry, we failed to record your vote. Please try again
Report abuse

Matt Eland
2.0 out of 5 stars A little underwhelming
Reviewed in the United States on 13 February 2020
Verified Purchase
It's hard to categorize, but I was disappointed by this book overall and didn't feel that I learned much new from it. It might be that this is something I've looked into a lot, or I was distracted while reading it, but I felt like almost every reading session I didn't really have a takeaway with this book.
Read more
Helpful
Sending feedback...
Thank you for your feedback.
Sorry, we failed to record your vote. Please try again
Report abuse