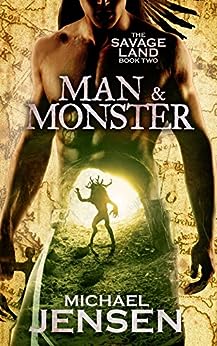 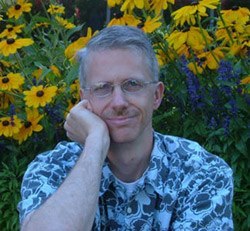 Boudicca
5.0 out of 5 stars Man & Monster...
Reviewed in Australia on 4 November 2018
Cannot recommend highly enough. This is the sequel to Man & Beast, and Michael Jensen has created some amazing fiction here set in the beautiful and savage frontier of early America. Historical detail and atmosphere are perfectly balanced. Could not stop turning pages. Disappointed when the ride was over.
Read more
Helpful
Report abuse
See all reviews

Ulysses Grant Dietz
5.0 out of 5 stars A powerful and compelling sequel to "Man and Beast." Love and violence on the early American frontier.
Reviewed in the United States on 10 January 2017
Verified Purchase
I don’t suppose a lot of people have read James Fenimore Cooper. He wrote “The Pioneers” in 1823, but Cooper set his tale in the middle of New York State in the 1790s. If you visit Cooperstown today, home of the Baseball Hall of Fame, it’s hard to imagine how wild and isolated it was two hundred years ago. Michael Jensen sets his second “Savage Land” book in the 1790s hundreds of miles west on the Ohio frontier, a generation before Ulysses S. Grant was born on the Ohio River in 1822. The difference that generation made – that twenty-plus-year period from the establishment of a settlement in the wilderness to the existence of a thriving, civilized town – is tremendous, and Jensen puts that at the core of his narrative.

We have trouble wrapping our minds around the idea that Ohio was ever anything other than a placid place on the Eastern edge of the Midwest. We’ve lost sight of the fact that in the 1790s the various Native peoples of the East had still not been entirely pushed away to the West, to become associated forever with cowboys and the Plains. Jensen puts his story right in the middle of this unsettled, unhappy time, when settlers were fueled by desperation and dreams of prosperity, and Natives were beginning to realize that white man’s treaties meant nothing. Ohio is an Indian name, as Pakim, a Lenni-Lenape man comments. “White people take our land, but use our names for it. Your people have no shame.”

The fact that Michael Jensen uses this tense, oftimes terrifying time and place as a setting for a same-sex love story makes his book all the more startling. There are no historical records to my knowledge of such relationships in the annals of early US history. But we must believe that such relationships did exist, and can only ask ourselves “how?” Jensen provides us with an action-packed, page-turning, plausible answer to that question.

Cole Seavey, a Virginian running away from a betrothal he doesn’t want under the pretense of finding his brother Gerard, has settled into the life of a trapper. Imagining himself to be cold-hearted and independent, the isolated life of a frontiersman suits him – so he tells himself. But one day a series of bizarre events on the edge of a great lake turns Cole's carefully controlled isolation upside down. A bloody child, a starving cougar, and a fearsome monster out of someone’s nightmare leave him wounded and unconscious. He wakes up being cared for by a Lenni-Lenape named Pakim. Cole is surprised by the gentleness of the Indian, and disturbed by his own reaction to the tender ministrations of this supposed savage.

Pakim introduces Cole to his friends, John and Palmer, and the intense Indian woman Gwennie, all of whom we know from Jensen’s previous book, “Man and Beast.” With these new-found friends, Cole begins his own journey into the realities of frontier life in early America. Cole gradually discovers that the man he believes himself to be is not truly who he is. Although the entire action of the book covers only a few weeks in real time, and probably only a hundred square miles or so, it is an action-filled saga worthy of Tolkein. The monster of the title seems to be one thing, but of course the point of Jensen’s story is to make it clear that monsters come in many forms, especially on the frontier, where rule of law is nothing more than a nice idea, and human foibles like greed and jealousy can lead to violence.

Jensen’s two “Savage Land” books are really something unique in the annals of gay fiction, especially since they can be classed as romances. They allow us to experience a part of our own national heritage that few of us have any sense of; and they force us to confront the dark side of American exceptionalism at its very beginnings. These are not warm, fuzzy stories, although the love in them is satisfying and powerful. Nor are they apocalyptic fantasies. In the great tradition of Cooper, but two centuries later, Michael Jensen takes us to a place that is long ago and far away, yet still right here where we live.

You should read both of these books. They’re remarkable and worthy of our admiration.

Patrick Murphy
5.0 out of 5 stars Great second story
Reviewed in the United States on 21 September 2017
Verified Purchase
This book like its predecessor was filled with action and adventure. At first you don't think it has anything to do with the previous book but then you are surprised when things change. I liked the incorporation of the Native American monsters and Supernatural elements. Unlike the first book it is a slow build into the relationships but I think that gives for a more satisfying character development. It is a great continuation of the series and I would like to see more if the author ever writes any. I would highly recommend this to anyone who likes the storical fiction male male Romance with Supernatural elements.
Read more
3 people found this helpful
Report abuse

Deak Wooten
5.0 out of 5 stars Terrific sequel to Man and Beast
Reviewed in the United States on 19 November 2017
Verified Purchase
Terrific sequel to Man and Beast. Pitch-perfect re placing the reader in its historical place, times, and attitudes. Loved the blending of mythology and reality. Exciting and very satisfying read.
Read more
One person found this helpful
Report abuse

Travis Wolfe
5.0 out of 5 stars Great series
Reviewed in the United States on 15 January 2017
Verified Purchase
Not only was it interesting but it took you on a great journey made you feel things that you wouldn't normally feel in today's society but things were a lot different back then than they are today and thank God they are different today
Read more
One person found this helpful
Report abuse

Hazel S
4.0 out of 5 stars Amazing mystery.
Reviewed in the United States on 9 December 2017
Verified Purchase
Loved the time period, the characters and the twisting action. A great read! I highly recommend both books, together or alone!
Read more
Report abuse
See all reviews
Back to top
Get to Know Us
Make Money with Us
Let Us Help You
And don't forget:
© 1996-2021, Amazon.com, Inc. or its affiliates