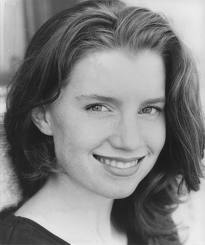 by Trisha Telep (Author)
3.8 out of 5 stars 48 ratings
See all formats and editions
Sorry, there was a problem loading this page. Try again.

Trisha Telep managed the romance section of the world-famous Murder One bookshop in London.

LOVE IS A WEAPON IN THE FACE OF EVIL

From the biggest names in pararnormal romance, here are 25 tales of a hunger like no other . . .

In the world of the Undead there are strange codes of conduct, dark rituals and dating games, as they seduce the locals and engage in the most sensual encounters you'll sink your teeth into this side of the grave.

These ain't your mother's vampires!

Trisha Telep managed the romance section of the world-famous Murder One bookshop in London.
Read more
Start reading The Mammoth Book of Vampire Romance on your Kindle in under a minute.

3.8 out of 5 stars
3.8 out of 5
48 global ratings
How are ratings calculated?
To calculate the overall star rating and percentage breakdown by star, we don’t use a simple average. Instead, our system considers things like how recent a review is and if the reviewer bought the item on Amazon. It also analyses reviews to verify trustworthiness.

Jessica
3.0 out of 5 stars This sucks
Reviewed in the United Kingdom on 22 September 2008
Verified Purchase
The phrase `dark gift' springs to mind whilst reading this truly mammoth anthology of vampire orientated short stories, there's 25 in total. Many deal with the transition from mortal to vampire, others with the troubles with being one. Almost all centre around the vampire bite; whether it means a transformation, a disease, a connection or pain and suffering. Some manage to be genuinely engaging and reflective, others read like deleted scenes from established series and others are simply poorly written. Although sex is present in most, the majority aren't romance, in fact the ones that try for a more conventional love story fail miserably because they aren't given enough pages to make it work. In fact there's a good mix of horror, action, gore, lust, sex and romance, with not only established paranormal romance writers but urban fantasy and horror authors contributing.

`Fade to Black' - Sherri Erwin - A teacher gets a little more than she bargained for from her overly pale student ; ) *3.5 stars* Not bad, well written apart from the abrupt ending and silly imagery.

`Ode to Evdard Munch' - Caitlin Kiernan - A man shares his blood periodically with a mysterious stranger. *2.5 stars* Dreamy, surreal prose. O.k but there was no connection with the characters.

'Fangs for Hire' - Jenna Black - A vampire mercenary finds her target to be more than she expected. *2.5 stars* I found the leads irritating and the plot pretty darn dull.

'The Righteous' - Jenna Maclaine - The balance between humans and vampires is established, with the help of a sorceress and a King. *4 starts* A fuller, more interesting story.

'Knowledge of Evil' - Ravent Hart - A vampire intellectual experiences a meeting of the mind and soul. *2 stars* This concentrates on the turning, it tries to be disturbing but was just annoying, with transparent characters.

'Viper's Bite' - Delilah Devlin - Equally lonely a vampire and mortal connect through a bite that brings lost memories to the surface. *4 stars* About loss, memory. Both sad and reflective.

'Dreams' - Kerri Arthur - Riley Jensen stars with vampire Quinn. *2 stars* Dreams and their connection are the focus with a tiny bit of action (and plot!), reads like an extra scene.

'Love Bites' - Kimberly Raye - A vampire slayer or `SOB employee' is unable to complete her first kill, instead she takes her hansom target home to heal and well you know.... *2 stars* Poor characters with little chemistry.

'What's at Stake' - Alexis Morgan - A chancellor decides to help a past vampire friend and almost lover when he gets charged with murder. *3.5 starts* The leads had great chemistry but the world could have been built up more.

'Coming Home' - Lilith Saintcrow - skimmed it...something about the lead being hired to kill an old flames nemesis. *2 stars* Couldn't get into it. Features characters from her Dante Valentine series.

`To Ease the Rage' - CT Adams & Cathy Clamp - To help her old police partner, whose now a vampire, Sylvia might need to go through some changes. *3.5 stars* Very good, solid writing and engaging characters.

`Dancing with the Star' - Susan Sizemore - A vampire finds her soul mate through a series of dream sequences. *2 stars* Irritating prose and dull plot.

'In Which a Masquerade Ball Unmasks an Undead' - Colleen Gleason - The hunt is on! *2.5 stars* More lust than romance, good but reads like a stuck on scene to an established series.

'A Temporary Vampire' - Barbara Emrys - A vampire finds someone unexpected and alluring in New Orleans. *3 stars* Nice atmosphere but could have been longer.

'Hunter's Choice' - Shiloh Walker - A newbie to the slaying game seeks help from an old flame, who happens to be a vampire. *4 stars* This works quite well as the leads had an established connection.

'The Sacrifice' - Rebecca York - A beautiful princess will give her own life to a powerful monster to save her father's kingdom. *2 stars* Terribly uninspired writing, beyond boring.

'Remember the Blood' - Vicki Petterson - Two vampires lovers have to face periodically losing their memory. *2.5 stars* I expected more from Petterson, not great.

'The Midday Mangler Meets his Match' - Rachel Vincent - A teenage vampire must protect her little sister in a world where vampires are the established species. *3.5* stars* I liked this, felt like the beginning of a new series.

`The Music of the Night' - Amanda Ashley - Our obsessive lead gets to meet her very own phantom. *2 stars* Blah

`The Day of the Dead' - Karen Chance - Will Thomas be able to finally destroy his former evil master once and for all? With the help of a certain fiery mercenary maybe. *4.5 stars* My favourite, I love her Cassie books and this added to it. (can be read on Chance's website for free!)

'Vampire Unchained' - Nancy Holder - A vampire's secret dealings my cause trouble for him and his human lover. *3 stars* A spin off from an established series, I found it quite engaging though.

'A Stand-up Dame' - Lilith Saintcrow - A PI returns from the dead to settle unfinished business. *2 stars* Unoriginal and dull.

'Untitled 12' - Cailtlin R. Kiernan - A sick women will undergo anything to live. *2 stars* Concentrates on the turning, I didn't like this.

Overall it's o.k but there were too many stories I didn't care for in the least and the ones I did enjoy were too short to fully engage. As a package it's varied enough to entertain but I think dedicated readers of PR will be disillusioned and others looking to get into the genre would be much better off reading someone like J. R Ward.

Elle
4.0 out of 5 stars Great Read!
Reviewed in the United Kingdom on 16 January 2011
Verified Purchase
Like most people reviewing this there where definitely stories I liked and stories I didn't but I only found myself skipping through the pages on two stories that seemed to include fanciful details that where uninteresting and seemed unrelated. I definitely skipped the last story though. A definite warning to everyone reading that the last story in the book is drastically different and sticks out like a sore thumb!

I thoroughly enjoyed a lot of them and I couldn't pick a favourite! I was surprised about the length of them and the quantity. I'd assume this was going to be a quick read but in fact took me longer than normal to get through them and for only being a pound, I couldn't recommend it enough!

I'd say nearly all the books where of high quality and although I am not a grammar fan, I didn't find that any of them where badly written. The plots where quick and although there was definitely some cringe-worthy clichés, if you are a fan of the Vampire Romance genre, then you have to accept them!

I liked the balance between the more romantic stories and the more action-y ones and I have to say quite a few of them made me want more! I actually searched out the authors for more of their work as I enjoyed them that much!

It gets four stars as although I think it was a great compilation of Vampire Romance stories, I wouldn't call it truly "Mammoth" and I definitely would of put a more varied type of plot in there. I know there is only so much one can do with the whole Vampire Romance but even though some stories stayed unfinished in a way, most of them had a happy ending.
Read more
Report abuse

Augustus F. Keck
1.0 out of 5 stars Rubbish, insipid stories
Reviewed in the United Kingdom on 11 September 2018
Verified Purchase
I normally really dig compendium short story collections like this, because I like the variety of styles and flavours presented along certain themes and ideas, etc. However, this collection was really super insipid and shallow. Glad it only cost me a couple quid from a used book store. I put it in the recycling bin.
Read more
Report abuse

Kathryn Bowlin-mackenzie
3.0 out of 5 stars Good but not great
Reviewed in the United Kingdom on 28 February 2011
Verified Purchase
Being a Vampire fanatic I ordered this book. It has some really great stories in it and some not so great. I was not disappointed by the book as a whole, but a couple of the stories were not very good.

I particularly disliked the two stories by Lilith Saintcrow. She uses long disconnected sentences, that were frankly very confusing. I would never buy a book by her as I dislike her writing style.

A couple other stories felt like they ended abruptly, I suppose they had reached the limit allowed for each story, but I felt short changed by it.

All in all, if you love vampires it is not a bad book and worth the read.
Read more
One person found this helpful
Report abuse

Spikes
5.0 out of 5 stars Great book
Reviewed in the United Kingdom on 19 February 2017
Verified Purchase
Love the stories in this book & it was a lovely present
Read more
Report abuse
See all reviews
Back to top
Get to Know Us
Make Money with Us
Let Us Help You
And don't forget:
© 1996-2021, Amazon.com, Inc. or its affiliates