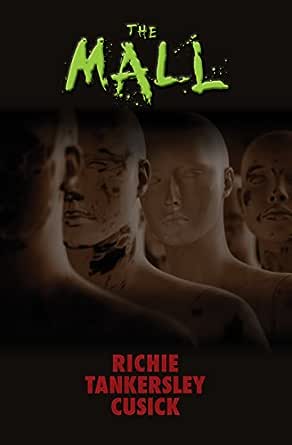 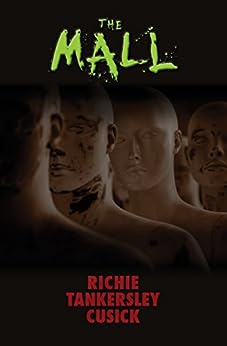 "One of the cleverest, creepiest and most memorable horror novels for ages . . . a masterful debut." "--Independent on Sunday"

"Horror on steroids with a PhD in psychology." "--World SF Blog"

"Folks who appreciate genre bending, graphically hardcore fiction should be celebrating their arrivals . . . In both novels, the action is nonstop the first-person narration are fully realized and often funny, and each book, neither of which is short on freakish imagery and wild ideas builds, is fraught with masterful tension." --Complex.com on "The Mall "and "The Ward"

"Dark, disturbing, and wonderfully subversive." --Lauren Beukes, author, "The Shining Girls""What's most interesting about "The Mall," which is narrated in alternating chapters by Rhoda and Daniel, is that it begins with action and ends in contemplation, unlike most genre fiction..."The Mall" is essentially satirical, but this is satire of the most mournful kind." --"The New York Times ""Horror fans will enjoy this surreal and disorienting dream quest." --"Publishers Weekly "

"It's a great pleasure to find a horror author with something to say, so be a good consumer and stock up." --"Booklist" --This text refers to an alternate kindle_edition edition.

Sarah Lotz and Louis Greenberg met in a pub while bunking a crime seminar and, as one does at pubs, discovered a mutual interest in horror. Sarah, a crime novelist and screenwriter, was a die-hard zombie fanatic; Louis, a literary writer, editor and recovering bookseller, had studied vampire and apocalyptic fiction. Rejecting their initial plans for a vampire-vs-zombie faceoff, they decided to write the first mainstream South African horror novel together and S.L. Grey was born. --This text refers to an alternate kindle_edition edition.

'One of the cleverest, creepiest and most memorable horror novels for ages' Independent