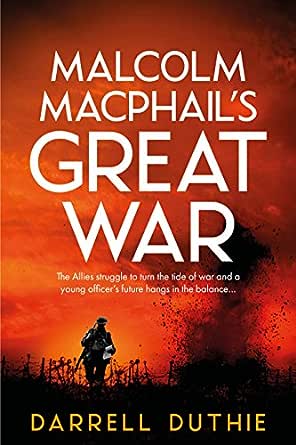 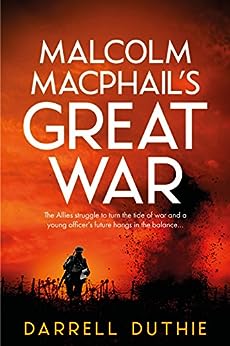 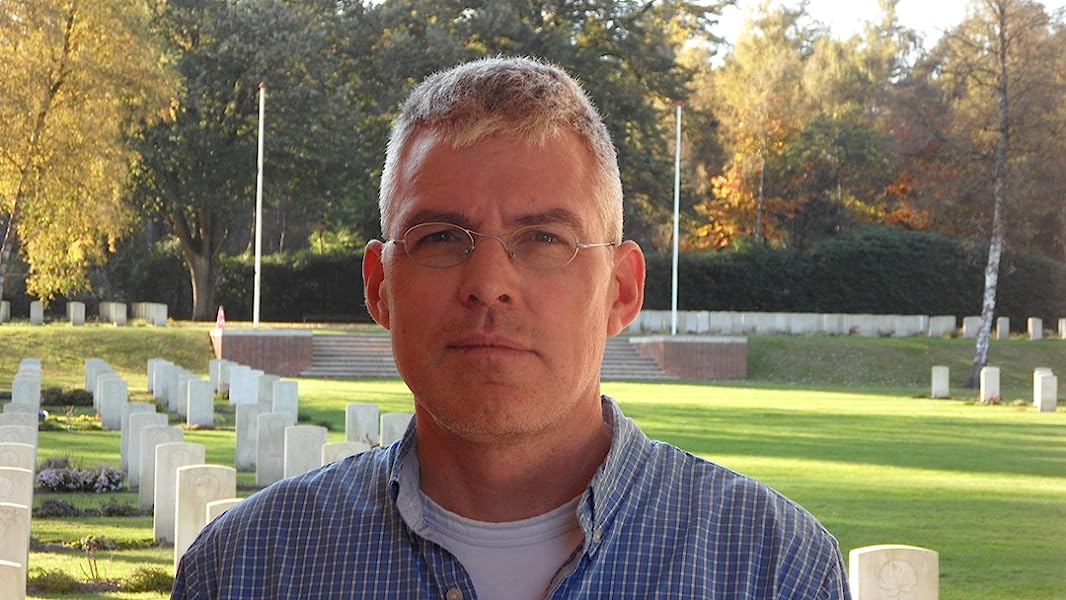 "The concept of trench warfare...is a prominent theme in this very readable work of 'faction'... The friction between HQ politics and the front line resonates throughout this tale. All in all, it is an enjoyable read." -- SOLDIER MAGAZINE (magazine of the British Army)

Roughly ninety-eight years after the happenings which kick off Malcolm MacPhail's Great War Darrell began writing this novel. As the first readers sit down, book in hand, almost exactly a century will have passed since Malcolm MacPhail was plunged into events that would change the war and him. Darrell lives with his family in the Netherlands, not far from the battlefields of the First World War. He grew up throughout Canada, but spent most of his youth in the shadow of the Rocky Mountains in Calgary, Alberta where he studied Political Science & Economics, and thought briefly of joining the Navy. Instead, he moved to the Netherlands to complete an MBA. After a first career as an analyst in the European equity markets, and having survived the Great Financial Crisis, he embarked upon writing Malcolm MacPhail's Great War. The idea for the novel slowly came to life as the Great War centennials began, coinciding with a family trip to Ypres, Belgium. Facing a volley of questions from his young son, and amidst a flood of TV documentaries, he began to notice how deeply embedded generalisations of the war really were. I found it strange that there are these incredible and important stories from WW1 that almost no one knows about. And they're all crying out to be told. It's very different from the second war which has been combed over much more thoroughly and that people tend to know much better, anyhow. The character he created, Malcolm MacPhail, has his quirks for sure, but he was modeled after the stoic soldier of history who persevered through the worst the war could throw at him. Figuring the worst was a particularly good moment to begin a novel of the Great War, Darrell began the tale on the eve of what we now know as the battle of Passchendaele. Darrell is busy, working on a sequel, My Hundred Days of War. --This text refers to the paperback edition.

4.3 out of 5 stars
4.3 out of 5
64 global ratings
How are ratings calculated?
To calculate the overall star rating and percentage breakdown by star, we don’t use a simple average. Instead, our system considers things like how recent a review is and if the reviewer bought the item on Amazon. It also analyses reviews to verify trustworthiness.

wayne hopper
5.0 out of 5 stars Well written great read
Reviewed in Australia on 27 February 2020
Verified Purchase
Good read, as an exsoldier the humour was as it is in most of the books I have read on the Great War, I wohld highly recommend to even a military history enthusiast . Enough fact and the fiction was plausable easy to read and entertaining.
Read more
Helpful
Comment Report abuse
See all reviews

Rockcorry
4.0 out of 5 stars Different but very enjoyable
Reviewed in the United Kingdom on 8 January 2020
Verified Purchase
Different!! It took me a while to get into it, but then I thoroughly enjoyed it. I will look forward to reading his next book which I believe will be a sequel to this one.
Read more
Report abuse

stewart
1.0 out of 5 stars Boring!
Reviewed in the United Kingdom on 8 April 2019
Verified Purchase
Too much talking gave up reading,all good authors must catch the reader in the first chapter said Bernard Cornwall!
Read more
Report abuse

Edward Leverton
5.0 out of 5 stars Really enjoyed
Reviewed in the United Kingdom on 21 July 2020
Verified Purchase
This is a really superb Great War novel. I really enjoyed it and have purchased the second in the series.
Read more
Report abuse

Nick Janney
5.0 out of 5 stars Great read
Reviewed in the United Kingdom on 13 April 2020
Verified Purchase
1st book I've read by this author, but definitely not the last, 2nd book in the series immediately purchased when this 1 was completed 5☆
Read more
Report abuse

Paul Davies
1.0 out of 5 stars Overrated
Reviewed in the United Kingdom on 11 March 2020
Verified Purchase
Not a great WW1 book lost interest in it very quickly
Read more
Report abuse
See all reviews
Get FREE delivery with Amazon Prime
Prime members enjoy FREE Delivery and exclusive access to movies, TV shows, music, Kindle e-books, Twitch Prime, and more.
> Get Started
Back to top
Get to Know Us
Make Money with Us
Let Us Help You
And don't forget:
© 1996-2020, Amazon.com, Inc. or its affiliates