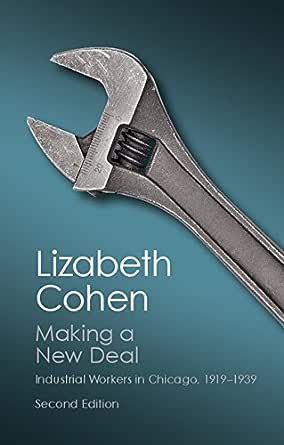 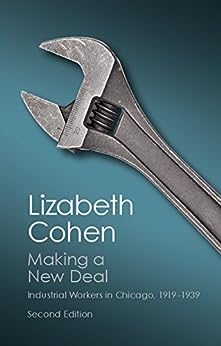 Lizabeth Cohen received her Ph.D. from the University of California, Berkeley. She is the Howard Mumford Jones Professor of American Studies in the history department and the Dean of the Radcliffe Institute for Advanced Study at Harvard University. In 2007--2008 she was the Harmsworth Professor of American History at Oxford University. Previously, she taught at New York University and Carnegie Mellon University. The author of many articles and essays, Dr. Cohen was a Pulitzer Prize finalist for her first book, MAKING A NEW DEAL: INDUSTRIAL WORKERS IN CHICAGO, 1919--1939, for which she later won the Bancroft Prize and the Philip Taft Labor History Award. She authored A CONSUMERS' REPUBLIC: THE POLITICS OF MASS CONSUMPTION IN POSTWAR AMERICA (2003), and is currently writing SAVING AMERICA'S CITIES: ED LOGUE AND THE STRUGGLE TO RENEW URBAN AMERICA IN THE SUBURBAN AGE, on urban renewal in American cities after World War II. At Harvard, she has taught courses in 20th century American history, with particular attention to the intersection of social and cultural life and politics. She now oversees the Radcliffe Institute, a major center for scholarly research, creative arts, and public programs.

Review of previous edition: 'At every step the argument is developed in a sophisticated way … Making a New Deal constitutes a major achievement.' Julia Greene, Journal of American History

This book examines what it meant for ordinary factory workers to become effective unionists and national political participants by the mid-1930s. Through decisions such as whether to attend ethnic benefit society meetings or go to the movies, they declared their loyalty in ways that would ultimately have political significance.
Read more
click to open popover

There are 0 customer reviews and 4 customer ratings.
Get FREE delivery with Amazon Prime
Prime members enjoy FREE Delivery and exclusive access to movies, TV shows, music, Kindle e-books, Twitch Prime, and more.
> Get Started
Back to top
Get to Know Us
Make Money with Us
Let Us Help You
And don't forget:
© 1996-2020, Amazon.com, Inc. or its affiliates