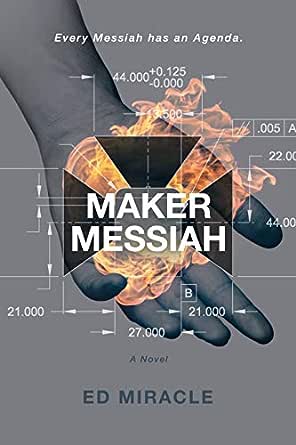 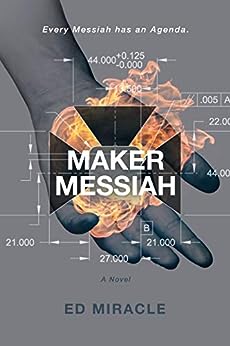 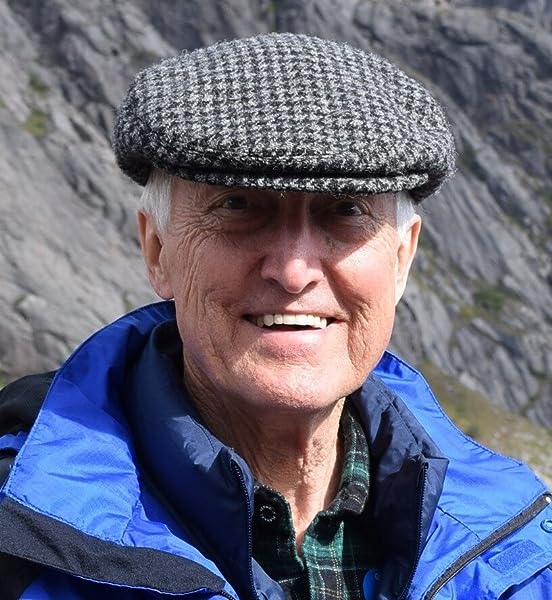 "What do you call a man who stands the world on its head, overnight and without permission? Megalomaniac? Infidel? Messiah? His goal was to advance a moral vision. His motive was revenge. But Philip Machen didn't talk about changing the world until he'd already done it. By then it was too late. Curse him, worship him, or ignore him, the rest of us had to figure it out for ourselves. Before the vigilantes came for us." - Everett Aboud

"Ed Miracle's Maker Messiah has all the great elements of science fiction: a visionary social quandary, genuinely flawed characters trying to negotiate their way through a totally unexpected new 'normal, ' and veiled subversive commentary on how authority responds to change. What if a solution to society's biggest problem appeared out of nowhere? How would the rich, poor, and middle adapt? Would the economy welcome it? Could government leaders guide their countries into a better future? Would corporations find a way to embrace the solution? The coolest thing about Miracle's new book is that when you look at those questions, you kind of know the answers, and it ain't pretty. But you'll keep reading because one question dwarfs the others: what happens next?"

- Ransom Stephens, author of the 99% Solution, Too Rich to Die, and The God Patent

4.4 out of 5 stars
4.4 out of 5
31 global ratings
How are ratings calculated?
To calculate the overall star rating and percentage breakdown by star, we don’t use a simple average. Instead, our system considers things like how recent a review is and if the reviewer bought the item on Amazon. It also analyses reviews to verify trustworthiness.

Kindle-Kunde
5.0 out of 5 stars Damned good reading
Reviewed in Germany on 2 February 2021
Verified Purchase
The maker: something free humans are hoping for.
And the only way to get it out of the hands of our greedy, mostly self-appointed leaders is described in this book. And even then we 'll have to rip it out of their cold dead hands....
Read more
Report abuse

Amazon Customer
5.0 out of 5 stars Maker Messiah is a Must Read Now!
Reviewed in the United States on 21 September 2019
Verified Purchase
This is one of the best books that I have ever read, and its premise is terrifying and scarily plausible.
It really made me think long and hard about what I would do if I were in the situation in the book. It kept me up so late because I could not put it down. This would be a great feature film with Eva Mendes as the reporter, Shia LeBouf as Everett , and Patrick Adams as Parker. I cant wait for another of this amazing author!
Read more
6 people found this helpful
Report abuse

L. J. Erste
5.0 out of 5 stars Fabulous Story, Great Book
Reviewed in the United States on 13 October 2020
Verified Purchase
What an amazing book! The premise is ingenious and the narrative is riveting.

I’d like to read the next book in which the Maker Movement takes off in the virtuous cycle Machen’s dreams imagined and the yield the wonderful outcomes he set in motion.

I really enjoyed how the characters and their relationships developed as the story unfolded — along with the development of the thinking behind the idea of a Maker mentality.

Robert Cole
5.0 out of 5 stars Enjoyable Read. I devoured this one.
Reviewed in the United States on 28 February 2021
Verified Purchase
I do like hard science and also exploring how technology affects society. This book has those. An excellent read with some slightly off-beat characters (more than slightly for the inventor).

It's well written and kept me reading as often as I could free up some time.

The only nit I have to pick was the Power Pods. The invention of cheap, clean, plentiful power would bring a lot of energy companies down on the invention. If you could power your house with a box outside your door, the power companies, transmission companies and (certainly not least) the oil and gas companies would be lobbying hard to make them illegal and/or destroy production.

That said - this book is an exploration of the effects on society and the response to the Makers. It does not fall down on that aspect at all. I thoroughly enjoyed reading this book.
Read more
One person found this helpful
Report abuse
See all reviews
Back to top
Get to Know Us
Make Money with Us
Let Us Help You
And don't forget:
© 1996-2021, Amazon.com, Inc. or its affiliates