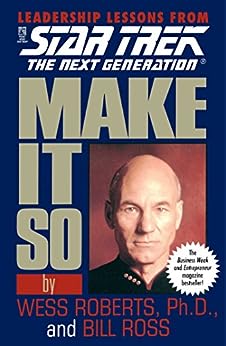 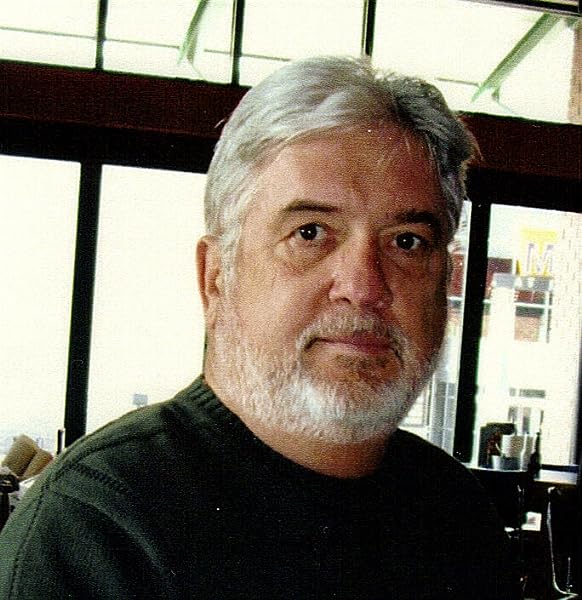 POCKET BOOKS --This text refers to an alternate kindle_edition edition.

Wess Roberts is The New York Times and Global bestselling author of Leadership Secrets of Attila the Hun, Straight A’s Never Made Anybody Rich, Victory Secrets of Attila the Hun, Protect Your Achilles Heel, It Takes More Than a Carrot and a Stick, The Best Advice Ever for Leaders, co-author with Bill Ross of Make It So, co-author with Justin Roberts of Machiavelli's Lion and Fox, co-author with Jeremy Roberts of Who Says a Leopard Can't Change Its Spots? and collaborator with Brigadier General John C. “Doc” Bahnsen, Jr. in the penning of American Warrior. His books have been published in 24 languages.

After earning his doctorate in psychology from Utah State University, Wess opted for military service and was selected for an assignment with the US Army Combat Arms Training Board. He served to the rank of major in the US Army. His diverse career also includes senior management positions at American Express Company, Fireman’s Fund Insurance Company, Northrop Services Company, and Courseware, Incorporated. He is also a former board member of the Health Plan of the Redwoods.

As an author, Wess has been a guest on over 400 radio and television programs including Oprah, CBS This Morning, CNN, and CNBC. In addition, articles about him and his books have appeared in every major news and business publication including Newsweek, Time, Across the Board, Vanity Fair, Barron’s, Fortune, Forbes, and Success Magazine as well as in every major newspaper including The New York Times, The Chicago Tribune, Investor’s Business Daily, The Houston Chronicle, The Atlanta Constitution, The Detroit Free Press, The Los Angeles Times, USA Today, and The San Francisco Chronicle. His management classic, Leadership Secrets of Attila the Hun, served as the basis for the A&amp;E Biography on Attila.

As a speaker, he has addressed corporate, government, medical, military, trade association, and university audiences throughout the United States, Asia, and Europe.

Among other distinctions, Wess is a member of the US Army Field Artillery and Missile School Officer Candidate School Hall of Fame; the recipient of the US Army Field Artillery Association’s Honorable Order of Saint Barbara, the US Department of Treasury’s Patriotic Service Award, and a Professional Achievement Award from Utah State University’s College of Business and Alumni Association.

Wess makes his home in Utah.

4.6 out of 5 stars
4.6 out of 5
101 global ratings
How are ratings calculated?
To calculate the overall star rating and percentage breakdown by star, we don’t use a simple average. Instead, our system considers things like how recent a review is and if the reviewer bought the item on Amazon. It also analyses reviews to verify trustworthiness.

Esteban Pérez Bolívar
5.0 out of 5 stars Great learning!
Reviewed in the United Kingdom on 29 June 2021
Verified Purchase
I read this book 20 years ago and in 2021 sent it to my son, who read and learned a lot. He's submanager in a Highland's hotel and wants to improve his leaderships skills. He used to see Star Trek TNG with me (in Spain) during his childhood and is used to Jean Luc Picard's character.
We are a father-and-son trekkie team!
Read more
Report abuse

Autumn
5.0 out of 5 stars Book.
Reviewed in the United Kingdom on 6 February 2021
Verified Purchase
This book was a gift.
Excellent service would recommend.
Read more
Report abuse

Loz
5.0 out of 5 stars Enlightenment for Trekkies in management roles
Reviewed in the United Kingdom on 12 May 2017
Verified Purchase
Not my thing, actually, but the Trekkies I know were so enthusiastic about this that I had to buy 2 copies so each could have their own. For non-Trekkies, it makes little sense. For Trekkies, it's one of the best management books you can find.
Read more
2 people found this helpful
Report abuse

Kevin M. Derby
2.0 out of 5 stars Obvious Lessons Wrapped Up in Episode Recaps
Reviewed in the United States on 17 February 2020
Verified Purchase
As someone who studies leadership and ranks “Star Trek: the Next Generation” as one of my favorite shows of all time, I expected to love “Make It So: Leadership Lessons from Star Trek: The Next Generation: Leadership for the Next Generation.” Instead, I was bored by it. Wess Roberts and Bill Ross provide bland overviews of (mostly) classic episodes before trying to boil down leadership lessons from them. While most of the book is supposed to be Captain Picard offering lessons, the voice simply doesn’t come through, especially when the writers beat readers over the head with their points, including ending each chapter with Picard writing “make it so” which, frankly, borders on parody. There is some use to the book of course even if many of the leadership lessons are fairly obvious. Still, this book ranks as a bit of disappointment.
Read more
5 people found this helpful
Report abuse

Esther Leonardo
4.0 out of 5 stars A good read, but lacking
Reviewed in the United States on 29 April 2020
Verified Purchase
I hate leadership books. They are dry and difficult to read. However, this one had me blazing through easily. This book plays heavily on narrative from the first person perspective of Captain Jean-Luc Picard, which draws the reader in.

However, I would not deem this a book on lessons in leadership. I found that it had too much narration and not enough explanation or emphasis behind the decisions in why these specific episodes from "The Next Generation" were chosen. If anything, several episodes could have played into a single point while maintaining the style and spirit of this book.

It felt more like story telling and could have had better explanations and details behind the lessons the reader is supposed to learn. It may best be used in compliment with another book, or if a group were to use it as a discussion point or guide for what leadership topics they wish to discuss from their own perspectives or even within the Star Trek universe.

Not a bad attempt, but my rating is given for the ease in which the book is read rather than the achievement of its intent.
Read more
Report abuse
See all reviews
Back to top
Get to Know Us
Make Money with Us
Let Us Help You
And don't forget:
© 1996-2021, Amazon.com, Inc. or its affiliates