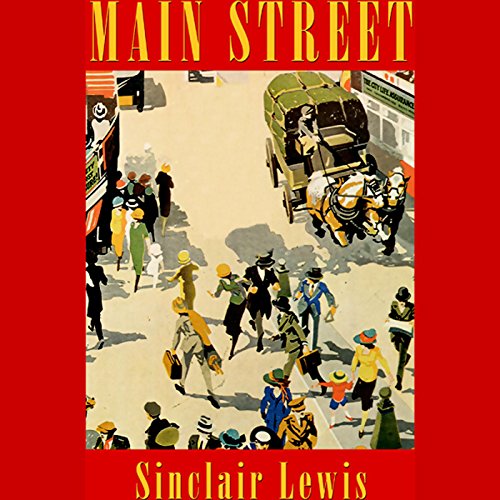 4.1 out of 5 stars
4.1 out of 5
73 global ratings
How are ratings calculated?
To calculate the overall star rating and percentage breakdown by star, we don’t use a simple average. Instead, our system considers things like how recent a review is and if the reviewer bought the item on Amazon. It also analyses reviews to verify trustworthiness.

papergrub
5.0 out of 5 stars A great classic novel to enjoy.
Reviewed in the United Kingdom on 15 August 2017
Verified Purchase
After almost 100 years everything has already been said about this example of great American literature, but it still the window through which we are able to experience the life of a young women in a mid-west town in the early years of the 20th century. Read it for the pleasure of its narrative, the pleasure of its prose and to understand how far women have come since the days when even middle class American women had to beg their husbands for house keeping money. Underlying themes include the narrow selfish outlook of small town people and the great labour struggles of the day. I loved the honesty of this great classic novel.
Read more
3 people found this helpful
Report abuse

rebecca prost
5.0 out of 5 stars a classic which everyone should read!
Reviewed in Canada on 10 February 2021
Verified Purchase
There is nothing like a small town! and nobody has brought one to life like Sinclair Lewis! all the characters with their petty faults and good qualities too...the sameness of each day, how the main character (Carol Kennicot) learned to live with them all....it's a great read...and I have read it more than once!
Read more
Report abuse

Amazon Customer
3.0 out of 5 stars Badly scanned. not very readable
Reviewed in Canada on 5 April 2020
Verified Purchase
Only problem is with the reading experience. Badly scanned/re-produced.
Read more
Report abuse

Charles Holst
5.0 out of 5 stars Things haven't really changed all that much
Reviewed in the United States on 22 October 2016
Verified Purchase
Main Street is an American classic that I somehow missed until now, despite growing up in Minnesota. (I'm now reading Babbit!) I know there was a lot of antagonism against Lewis for his portrayal of life in small town Minnesota, and maybe that's why I don't recall any discussion of him or his fiction in high school in the early 60's despite the fact that he was Minnesota's and the USA's first Nobel laureate for literature (Bob Dylan is the latest). Given this controversy, I was surprised to find that the novel is as much or more about the main protagonist, Carol Kennecott, as about the narrowness of small town life. Raised in the Universalist Church in Saint Paul, Minn., college-trained daughter of a judge, she is very much a fish out of water when she marries a country doctor and moves with him to his home town of Gopher Prairie sometime around 1912. Most of the book is about her struggles to both fit into and to reform the social life and amenities of the town. Ultimately, after working with the women's movement in Washington, DC, she returns to Gopher Prairie and her husband, who is really a very decent man, having learned her limitations without conceding defeat.

One of the fascinating things about reading this book is seeing continuities between then and now. Small business men are still (mostly) anti-union Republicans; socialism is still seen as a menace by many, immigrants (Swedes then, Somalis now) are still derided or treated with suspicion by many in the area, and poverty is still seen by many as due solely to laziness. A hundred years later, things haven't really changed all that much.
Read more
32 people found this helpful
Report abuse

Ronnie Tyler
4.0 out of 5 stars An absorbing but depressing look at the Any-town, USA ethos.
Reviewed in the United States on 15 December 2018
Verified Purchase
I enjoyed this one. Well-written, capturing the mindset of a barely-town that doesn’t think much of them thar newfangled ideas from those hoity-toity Big City know-it-all folks. Carol is thwarted in each attempt to improve the fictional dump named Gopher Prairie - from the condescending gossipy church ladies, to the town’s “movers and shakers,” no one takes her suggestions well. The only sympathetic ear belongs to the a local handyman (a socialist! <gasp>) named Miles, known as the “Red Swede,” and he’s probably the most disliked man in town. A realistic novel, illustrating the small town hypocrisy that is everywhere: puritanical, snoopy busybodies backstabbing their “friends,” and feeling morally superior while doing it. So really, Gopher Prairie is much like countless other American burgs. Published in 1920, not much has changed as far as the small town mentality seen in Main Street. Good book.
Read more
3 people found this helpful
Report abuse
See all reviews
Back to top
Get to Know Us
Make Money with Us
Let Us Help You
And don't forget:
© 1996-2021, Amazon.com, Inc. or its affiliates