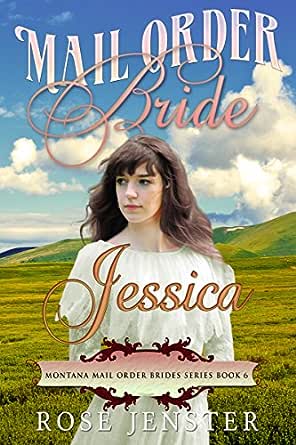 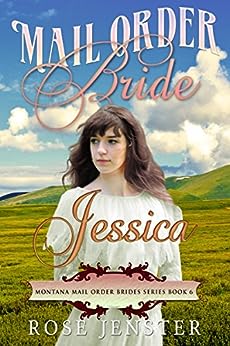 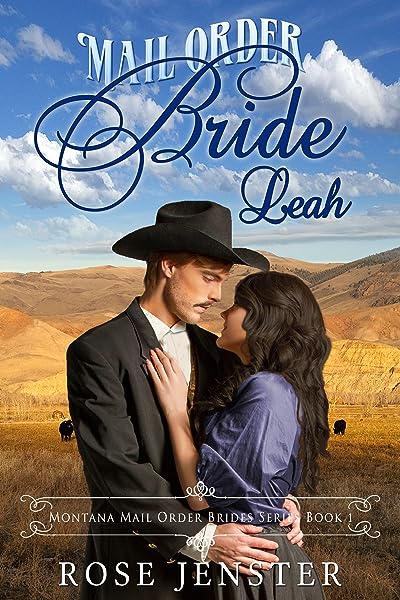 Note: Beth's Courage is a new release and is now available at a temporary discount!

Jessica Donnelly is the daughter of a wealthy family living in Rochester, New York. Through a misunderstanding, her reputation became compromised and her parents feared she would no longer be eligible to marry into a high society family. Her mother decided it would be best for her to go to England and meet a man who would not be familiar with the local gossip. However, Jessica did not want this for herself and in fact was much more comfortable with a life of reading, being around animals and spending time outdoors than attending card parties and fancy events.

She decided to take matters into her own hands and browse the advertisements in a matrimonial newspaper to find a man out west who might be kind and love her for who she is instead of her dowry.

Jessica writes to Timothy Lane, the sheriff in Billings, Montana. She hides her wealth from him as well as her reason for desperately wanting to move out west. Can Sheriff Lane, a man who lives with stray animals in his house, be a match for someone who wears lace and was raised with etiquette lessons, musical instruction and tea parties? How does he deal with his awkwardness around her and his discomfort with her upbringing? Can Jessica adjust to Montana Territory and a man who keeps a raccoon and other animals in his home plus has a few secrets of his own?

This is a 31,000 word stand-alone novella and can be read independently, but it is also book six in the series. It is a clean romance with no cliffhanger and can be read by all ages. Martha's Story is the beginning book of the second series which is an Amish Love Journey. If you belong to Kindle Unlimited or Amazon Prime, these books can be read for free and they can be read in any order. Note: Mail Order Brides Anthology: Leah and Tess Books 1-2 is available at a discount for those wishing to read the first two book in the series.

Tracy Sylvester
5.0 out of 5 stars I love Jessica and Lane's story.
14 February 2018 - Published on Amazon.com
Verified Purchase
Jessica is a rich, proper girl. Although she knows proper behavior and etiquette she sometimes falls from grace. When she was trying to help a friend and gets caught in a garden maze with a boy she is considered soiled. High society looks down upon that type of behavior. Even though her parents understand she didn't do anything, society still treats her like she did. She sees no other choice but to answer a mail order ad. If she doesn't pick a man on her own, her family will ship her overseas to family in Europe where she will be set in an arranged marriage. Beautifully written, sweet, clean, historical romance.
Read more
One person found this helpful

Kindle Customer
4.0 out of 5 stars Entertaining Bride-order novella
6 July 2019 - Published on Amazon.com
Verified Purchase
After reading thought-provoking, comprehensive novels, this shorter novella provided a refreshing interlude for an enjoyable book. Somewhat predictable in theme and outcome and simplistic in content, I found it an entertaining change of scenery in its western historical setting. Great for those who want a quick refreshing read.
Read more
One person found this helpful

Kindle Customer
5.0 out of 5 stars Love this novella
23 October 2018 - Published on Amazon.com
Verified Purchase
I was caught by this novella as soon as I started reading it. It's a sweet story of a girl of privilege and a sheriff on the frontier, how they met, wrote letters and then met in person. They had a love that grew fast. Loved this story. This author did a good job of writing this sweet shirt story.
Read more
One person found this helpful

Kindle Customer
5.0 out of 5 stars Mail Order Bride Jessica
6 April 2018 - Published on Amazon.com
Verified Purchase
Wrongly accused of something, Jessica is not wanted at any social gatherings; so her parents decide to send her England. Her aunt is to arrange a marriage. Jessica wants no part if this idea and takes matters into her own hands.

Jessica and Lane' s story is interesting, enjoyable to read and gives you a good feeling. A good story to recommend reading.

bets29
5.0 out of 5 stars Nice clean short story
24 September 2018 - Published on Amazon.com
Verified Purchase
Worth reading. She had not planned to become a Mail Order Bride - but she felt she had no other choice - unless she let her mother decide who was to marry since her mother planned to send her overseas to an aunt's. This was after 'breaking' a 'society' rule.
Read more
One person found this helpful
Go to Amazon.com to see all 40 reviews 4.6 out of 5 stars
Get FREE delivery with Amazon Prime
Prime members enjoy FREE Delivery and exclusive access to movies, TV shows, music, Kindle e-books, Twitch Prime, and more.
> Get Started
Back to top
Get to Know Us
Make Money with Us
Let Us Help You
And don't forget:
© 1996-2020, Amazon.com, Inc. or its affiliates