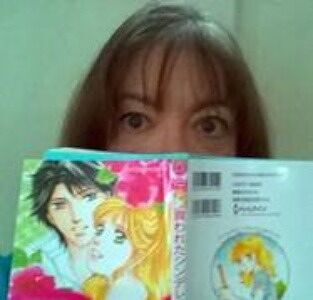 The Maid And The Millionaire Paperback – 1 April 2007

by Myrna MacKenzie (Author)
4.2 out of 5 stars 2 ratings
See all formats and editions
Sorry, there was a problem loading this page. Try again.
Read more Read less

Save on select Books
Discover deals on fiction, non-fiction, children's books and more Shop now
Start reading The Maid and the Millionaire: Harlequin comics on your Kindle in under a minute.

4.2 out of 5 stars
4.2 out of 5
2 global ratings
How are ratings calculated?
To calculate the overall star rating and percentage breakdown by star, we don’t use a simple average. Instead, our system considers things like how recent a review is and if the reviewer bought the item on Amazon. It also analyses reviews to verify trustworthiness.

Intrigued Reviewer
3.0 out of 5 stars It was ok.
Reviewed in the United States on 6 February 2011
Verified Purchase
SPOILER ALERT: There was no sex! Ugh. Like an unfulfilled high schooler. Harumph.

Pros: I really liked how the book began giving the reader a background, which was quite believable. I'm glad the characters actually admitted their attraction. If you've read my other reviews, you know one of my pet peeved is characters that don't talk to each other. The hero was very sweet, kind, compassionate and not arrogant with his money. Very down to earth guy. It made you like him. She was very nice too even though a bit too subservient.

Cons: I'm far from being a feminist, but constantly stating that he was miles above her social class didn't seem romantic. Her eagerness to please was too subservient for my liking. She had to take odd jobs on the side to make ends meet. The explanation why she just didn't get another job the entire time she was in this house was... Decide for yourself. The characters talked to themselves a lot. Weird. Like most books, the continuous whining about their "situation" was a bit much. So, by the time we reached to the end of the book we are just relieved they ended up together. On a personal note, as a doctor there are so many other roads the author could have taken with the characters. So many possibilities that the one road she ended up going down wasn't very fulfilling.
Read more
Report abuse
See all reviews
Back to top
Get to Know Us
Make Money with Us
Let Us Help You
And don't forget:
© 1996-2021, Amazon.com, Inc. or its affiliates