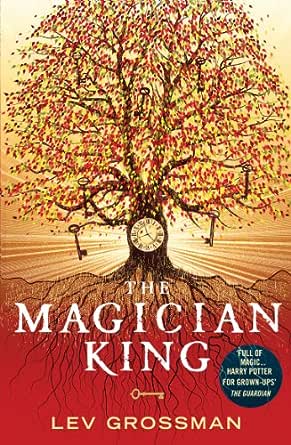 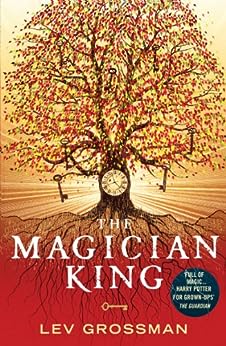 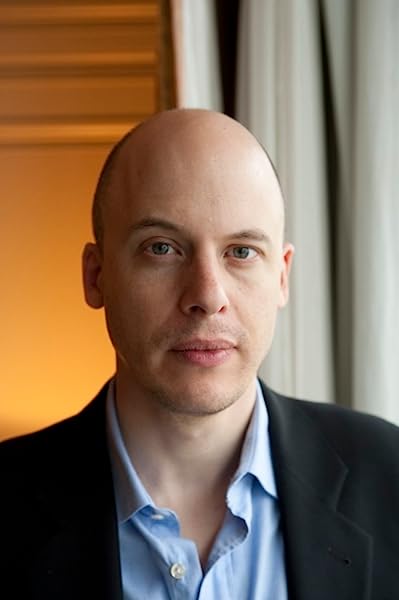 "[A] serious, heartfelt novel [that] turns the machinery of fantasy inside out."

"A spellbinding stereograph, a literary adventure novel that is also about privilege, power, and the limits of being human. The Magician King is a triumphant sequel."

"[The Magician King] is The Catcher in the Rye for devotees of alternative universes. It's dazzling and devil-may-care. . . . Grossman has created a rare, strange, and scintillating novel."

"The Magician King is a rare achievement, a book that simultaneously criticizes and celebrates our deep desire for fantasy."

"Grossman has devised an enchanted milieu brimming with possibility, and his sly authorial voice gives it a literary life that positions The Magician King well above the standard fantasy fare."

"Grossman expands his magical world into a boundless enchanted universe, and his lively characters navigate it with aplomb."

"Grossman is brilliant at creating brainy, distinct, flawed, complex characters, and nearly as good at running them through narrative gauntlets that inventively tweak the stories that generations have grown up on."

"The Magician King, the immensely entertaining new novel by Lev Grossman, manages to be both deep and deeply enjoyable."

"Readers who have already enjoyed The Magicians should lose no time in picking up The Magician King. For those who haven't, read both books: Grossman's work is solid, smart, and engaging adult fantasy."

"Now that Harry Potter is through in books and films, grown-up fans of the boy wizard might want to give this nimble fantasy series a try."

"Lev Grossman's The Magician King is a fresh take on the fantasy-quest novel--dark, austere, featuring characters with considerable psychological complexity, a collection of idiosyncratic talking animals (a sloth who knows the path to the underworld, a dragon in the Grand Canal), and splendid set pieces in Venice, Provence, Cornwall, and Brooklyn."

"In this page-turning follow-up to his bestselling 2009 novel The Magicians, Grossman takes another dark, sarcastically sinister stab at fantasy, set in the Narnia-esque realm of Fillory."

"The Magician King is clearly the middle book in a trilogy, but it's that rare creature that bridges the gap between tales and still stands on its own. And just as the first book showed that growing up is hard no matter how much power you have, it shows that becoming an adult involves far more than just reaching the right age."

"Fabulous fantasy spiked with bitter adult wisdom--not to be missed."

"Fans of The Magicians will find this sequel a feast and will be delighted that a jaw-dropping denouement surely promises a third volume to come."

Shona B Moore
5.0 out of 5 stars A great follow up to The Magician.
29 September 2018
Format: Kindle EditionVerified Purchase
Great book. Really engaging story. A great follow up to The Magician. I kind of expected the ending but at the same time was hoping for a different outcome. Can't wait to read book three and see what awaits my favourite characters.
Read more
Helpful
Comment Report abuse

Amazon Customer
5.0 out of 5 stars A brilliant adventure!
28 October 2016
Format: Kindle EditionVerified Purchase
The story of Quentin the magician gets better...this is a great adventure, a quest that ties the story together and yet begins another at its end.
Read more
Helpful
Comment Report abuse

Amazon Customer
3.0 out of 5 stars Worth the wait to the end of this one.
3 January 2017
Format: Kindle EditionVerified Purchase
Maybe things are starting to make sense? No spoilers here but it has genuine laughs, genuine horror and genuine wields. This guy can write and it is good.
Read more
Helpful
Comment Report abuse

Owen
5.0 out of 5 stars 10/10 Would highly recommend
26 March 2015
Format: Kindle EditionVerified Purchase
Another brilliant read in this amazing series. It's easy to become engrossed in the real characters and immersed in the world of Fillory.
Read more
Helpful
Comment Report abuse

Linda Carmichael
3.0 out of 5 stars Enjoyable
6 April 2019
Format: Audible Audiobook
I enjoyed this series when it was first released so I thought I'd listen to the audiobooks. The reader, Mark Bramhall, is an excellent narrator except for one key point - the "Australian" accent for the character of Poppy is atrocious :( Seriously bad. I mean I know our accent can be difficult for americans to get but this one sounds like he'd only heard it described not spoken and he gave up trying to work it out.

Fun series and he does an otherwise good job :)

Go to Amazon.com to see all 823 reviews 4.3 out of 5 stars
Get FREE delivery with Amazon Prime
Prime members enjoy FREE Delivery and exclusive access to movies, TV shows, music, Kindle e-books, Twitch Prime, and more.
> Get Started
Back to top
Get to Know Us
Make Money with Us
Let Us Help You
And don't forget:
© 1996-2020, Amazon.com, Inc. or its affiliates