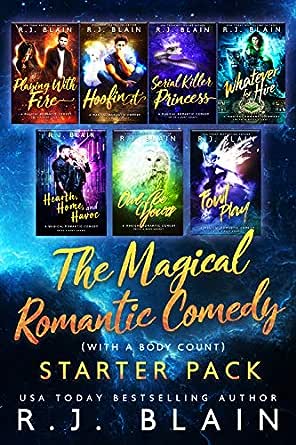 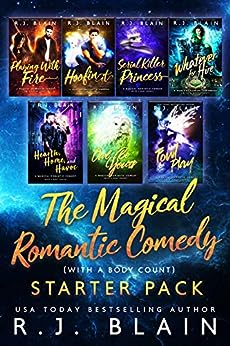 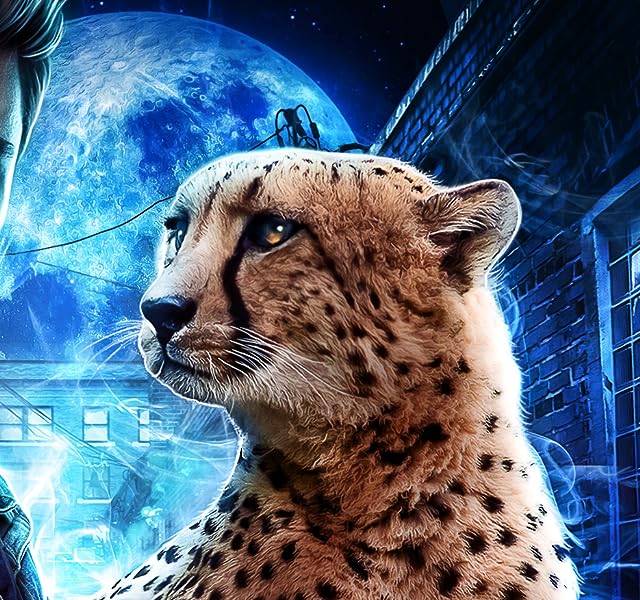 This collection contains four novels and three novellas, including Playing with Fire, Hoofin' It, Serial Killer Princess, Whatever for Hire, Hearth, Home, and Havoc, Owl Be Yours, and Fowl Play.

What do you get when you mix gorgons, an incubus, and the Calamity Queen? Trouble, and lots of it.

For Bailey, catering to the magical is a tough gig on a good day, but she has few other options. She can either keep spiking drinks with pixie dust to keep the locals happy, or spend the rest of her life cleaning up some of the world’s nastiest magical substances.

Years after helping Police Chief Samuel Quinn escape an unhappy marriage, Bailey is once again entangled in his personal affairs. To make matters worse, Quinn’s ex-wife is angling for revenge, tossing Bailey into the deep end along with her sexiest enemy.

All Shane wanted was to get away from the wreckage of his career for a while. He picked New York City to provide him with a distraction from his early, unwanted retirement from the police force.

New York City delivered, distracting him with three corpses and a miniature llama with a spitting problem and an attitude. If he wants to return to a normal life, he’ll have to face off against a sex trafficking ring targeting the woman of his dreams, ancient vampires, murderous criminals, his parents, and an FBI agent with a hidden agenda.

Some days, it isn’t easy being an ex-cop.

Why would anyone put a mermaid and a gorgon in the same room together? While Tulip enjoys being alive, her lineage brings her nothing but trouble.

Snakes eat fish, and the mer love tearing apart their serpentine nemeses with their hands and teeth. As for the gorgons… she’d rather not think about them at all.

The last thing Tulip wants is to rule the mer kingdom. First, she can barely swim. Second, she’s packing more than her fair share of her father’s genes. Third, what is a landlocked princess supposed to do with an aquatic kingdom?

If she gets her way, nothing. Add in her dirty little serial killing secret, and she’s an international disaster waiting to happen.

Fetching a cat out of a tree should’ve been a quick, easy fifty bucks in Kanika’s pocket. Instead, following one stray thought, the devil pays her a visit and leaves her with a debt to repay.

Dakota never intended to become the single mother of a goddess. To make matters worse, her daughter hadn’t quite figured out her role in the grand scheme of things.

Havoc isn’t supposed to be part of Hestia’s portfolio, but where the young goddess of the hearth and home goes, trouble surely follows.

When Dakota’s ex-husband barrels his way back into her life, a heavy dose of havoc is just what the doctor ordered. She just never expected to find love in the midst of murder.

After a wildfire took everything from her, Emily Hall made do surviving as a homeless human by day and as an owl at night. When one of the men responsible for infecting her with lycanthropy comes winging his way back into her life, she must choose between revenge or resuming a normal life.

Until Daniel’s return, she never dreamed she might be able to have both.

Instead of a quiet dance retreat where she could escape the insanity of being the daughter of an angel, a succubus, and a lycanthrope, Emma Sansaul plummets into the middle of murder, mayhem, and mischief. As becoming the next victim of a crazed serial killer is not on her itinerary, she's left with no choice but to join forces with Agent Kenneth Bernard to find the murderer, the one man on Earth capable of making her hissing mad one second and in need of a cold shower the next.

HazelM
TOP 500 REVIEWER
5.0 out of 5 stars Full of humour and adventure
6 May 2019
Format: Kindle EditionVerified Purchase
Though not usually into humour in books, since I've loved other books by this author I decided to give this one a go. Am I glad I did ! Talk about LOL... brilliant :)
The characters are great, the storylines you want to follow and the humour is absolutely my style.

Jo U
5.0 out of 5 stars Fun, Magic, Fantasy, Puns and a whole lot of snark!
1 May 2019
Format: Kindle EditionVerified Purchase
I love RJ Blain's books and this is fantastic to be able to get 7 of them in one!
Filled with lots of fantasy creatures, magic, fun, puns and snark with the occasional prank thrown in, this is a great world to escape in to and will definitely entertain you.

Helen Smith
5.0 out of 5 stars This is a steal!
5 May 2019
Format: Kindle EditionVerified Purchase
RJ Blain has made her starter pack of Magical Romantic Comedy series at a sensational price. If you like reading characters with humour, snark, and who get things done then you NEED to buy these and start reading.
Read more
Helpful
Comment Report abuse

7495alice
TOP 500 REVIEWER
5.0 out of 5 stars I read them all
17 October 2019
Format: Kindle EditionVerified Purchase
Love all these books. I just bought the set to show the author I care!
Read more
Helpful
Comment Report abuse

Sonia
5.0 out of 5 stars Light-hearted fun with characters you will love.
20 June 2019
Format: Kindle Edition
I love these stories they have the perfect blend of funny and wonderfully strong female characters.
I wish there were more books to read.
Each book is a stand-alone although a hint is given that a couple of books may have another in the future and I will definitely buy/read more about the characters I’ve fallen in love with.

Go to Amazon.com to see all 108 reviews 4.7 out of 5 stars
Get FREE delivery with Amazon Prime
Prime members enjoy FREE Delivery and exclusive access to movies, TV shows, music, Kindle e-books, Twitch Prime, and more.
> Get Started
Back to top
Get to Know Us
Make Money with Us
Let Us Help You
And don't forget:
© 1996-2020, Amazon.com, Inc. or its affiliates