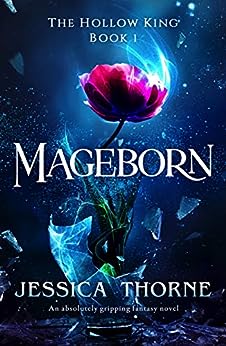 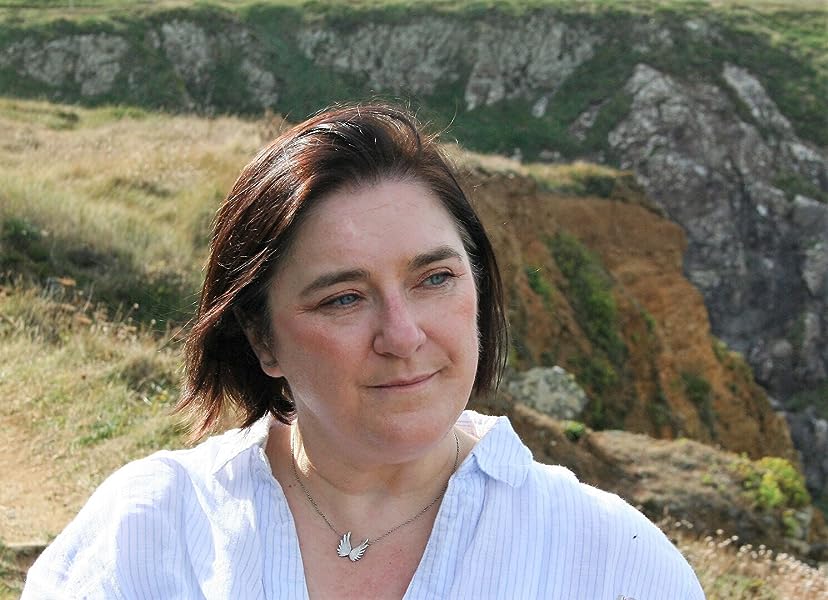 Jessica Thorne watched far too much sci-fi and read far too much fantasy at an impressionable age. And it was awesome. She writes fantasy and sci-fi romance with a steampunk edge and just refuses to face reality.

4.3 out of 5 stars
4.3 out of 5
381 global ratings
How are ratings calculated?
To calculate the overall star rating and percentage breakdown by star, we don’t use a simple average. Instead, our system considers things like how recent a review is and if the reviewer bought the item on Amazon. It also analyses reviews to verify trustworthiness.

Tara Smith-Elliot
1.0 out of 5 stars So bored I could not finish
Reviewed in Australia on 11 October 2020
Verified Purchase
A poorly explained world. I grew so bored with the characters and the storyline that I quit at the 20% mark. Nothing grabbed my interest enough to suggest the book would get any better. There are too many good books out there to bother waiting for a story to "get better". I don't mind slow starts IF the story and characters are interesting. This failed to do so.
Read more
Helpful
Report abuse

Kindle Customer
4.0 out of 5 stars Interesting
Reviewed in Australia on 30 September 2021
Verified Purchase
This story sort of waxed and waned my interest. But it is a good book to read. It was well written, but I wouldnt say it was a gripping story sorry, but it was a good read.
Read more
Helpful
Report abuse

BooksAndYass
5.0 out of 5 stars Captivating Hunchback of Notre Dame Retelling
Reviewed in Australia on 26 February 2020
This book was so magical! I simultaneously never wanted it to end but wanted to fly through it too!

Our other protagonist Grace is brilliant. She's seriously such a boss and reading about her social interactions across the spectrum are fantastic ❤

The plot moves smoothly and there's a great balance of intricate scenes building tension and character and overall plot progression 👌 really it's fantastic. It's brilliant. I love it. I absolutely adore it.

I have several notes in my Kindle app from emotional scenes where it's purely emotive responses of me screaming in distress out excitement. Needless to say I was very invested in this story and it's characters and think it's a beautiful piece of fantasy fiction that should be on everyone's tbr list.
Read more
One person found this helpful
Helpful
Report abuse

WHazel
TOP 500 REVIEWER
4.0 out of 5 stars Epic fantasy
Reviewed in Australia on 15 August 2020
I thought it was a slow start but once the action started, I couldn't put this down. I wanted to know how it ended for Bastien and Grace. Bastien is the powerful tortured hero and Grace is the amazing officer who protects him.

I didn't love it but this epic tale of magic, treachery, secrets and romance still entertained me for several hours. Wished it was clear at the start of each chapter whose Point of View it is.
Read more
Helpful
Report abuse

fiona
5.0 out of 5 stars Well written
Reviewed in Australia on 19 September 2020
Verified Purchase
First time in a while I felt like I was reading a real book. Not just a novella.
Well thought out characters, storyline and plenty of plot twists.
Have already bought book 2.
Read more
Helpful
Report abuse

Kindle Customer
5.0 out of 5 stars WOW
Reviewed in Australia on 29 September 2021
Verified Purchase
A gripping story from start to finish I could not put it down a really good read.
All I say is READ it
Read more
Helpful
Report abuse
See all reviews

V. O'Regan
3.0 out of 5 stars A promising start to romantic fantasy series
Reviewed in the United Kingdom on 27 February 2020
Verified Purchase
My thanks to Bookouture for an eARC via NetGalley of ‘Mageborn’ by Jessica Thorne in exchange for an honest review. It was published on 18 February.

This is the opening novel in her ‘The Hollow King’ series. It is a dark fantasy with a complicated plot that is a bit difficult to summarise in a few sentences.

Set in the medieval-like Rathlynn, Grace Marchant, an orphan sold to the Crown and trained as a soldier, is now tasked with her fellows to hunt down the mageborn, those born with outlawed ancient magic. When captured they have the choice to submit and be handed over to the Crown or be destroyed.

Those who submit are then collared and passed over to the King’s cousin and heir, Bastien Larelwynn, Lord of Thorns. They are locked up in his shadowy workshop deep in the castle. Eep! For what dark purpose?

Grace once had magic but it was taken from her when she was a child. However, it is slowly returning. This is a bit of a problem given her position, especially when circumstances bring her into close contact with Bastien.

The king, who is dying, appoints Grace to the position of Captain and grants her a royal warrant with the sole task of keeping Bastien alive. It appears that there are others eager to inherit the crown, including the current queen and Bastien’s unstable sister, who is rather miffed that she was passed over in favour of her younger brother. So, there follows intrigues, betrayals, and various adventures.

This novel struck me as quite a standard YA fantasy with a strong emphasis upon romance. While it didn’t set my world on fire, I found it readable with a good balance between darkness and violence and of light and more positive themes.

I feel that I would have liked more world building though as it’s the opening novel in the series, Jessica Thorne may give more space to this in subsequent volumes.

Curlygirl79
5.0 out of 5 stars A great start to a series
Reviewed in the United Kingdom on 3 June 2020
Verified Purchase
This book couldn’t have been more up my street if it had been written specifically with me in mind. It is full of all my favourite things, and to cap it all, it’s the first book in what promises to be an excellent series.

I know there is a lot of debate about prologues, but I love them, and the one in this book positively drips with sinister images and intrigue. I was hooked from page one and couldn’t put it down!

There are so many wonderful characters in this book who, despite the fantastical setting, remain deeply human and relatable, each flawed in their own way. Jessica Thorne’s skill at creating these characters meant that my heart broke for one character despite only having known them for a few pages. Bastien is a character that led to many conflicting emotions that I obsessed over like a teenage fangirl even when I wasn’t reading. I fell for him at first sight, and desperately wanted to discover that he was not the feared Lord of Thorns, but was in fact misunderstood, but I have been hurt by literary characters before who turned out to not be what they seemed after I fell for them, and I was scared that Bastien was going to turn out the same way. Whether he did or not, I will leave for you to find out for yourself.

I loved the premise of magic being outlawed for the masses, but stolen and treated as a game by the nobility. I loved all the twists and turns, and non-stop action.
Read more
3 people found this helpful
Report abuse

The characters were alluring and Grace is a kick-ass heroine we all need. She is strong, smart and knows her mind. Whereas Bastien, the Lord of Thorns, doesn't seem to know himself and is still in the process of figuring things out with Grace's help.

This book one in a two-book series and I can't wait to get my hands on book two because this book has lived up to my expectations. I can't wait to dive back into Grace's and Bastien's story!
Read more
4 people found this helpful
Report abuse

E. S. Jackson
5.0 out of 5 stars Brilliant blend of fantasy and romance.
Reviewed in the United Kingdom on 14 May 2020
Verified Purchase
I absolutely loved this romantic fantasy novel. It mixed a blend of all my favourite elements; an interesting magical system, court intrigue and dangerous politics, romance and a page-turning pace. I know that there has been some comparison to Graceling, I think because of the Mageborn having specialised magic, but it actually gave me much more of A Darker Shade of Magic vibe. (I loved both Graceling and ADSOM so it was a win-win for me anyway!) I loved the way the Lord of Thorns conflicting predicament was revealed (and I'm a sucker for a tortured hero). Grace's competent attitude and strong ties with her squad and the Academy was wonderful too and made her instantly relatable and a heroine I could root for. I thought the balance of fantasy and romance was perfect and can't wait for the sequel which is coming out soon.
Read more
Report abuse

Lynette
4.0 out of 5 stars Interesting read
Reviewed in the United Kingdom on 18 September 2020
Verified Purchase
Overall this was great to read, I was able to feel who the characters were through a brilliant description without it being overbearing. There are plenty twists and turn in this to keep you reading chapter after chapter till the end and the romance isn't as cliche as other books can be or as annoyingly drawn out as some other books. The reason I knocked one star off was initially and at a few other points in the story it seemed overly complicated and slightly hard to understand in such a way I wasn't sure if the author knew where it was going. However most of these complications were ironed out as the story continued and overall I would recommend and I will be buying the sequel.
Read more
Report abuse
See all reviews
Back to top
Get to Know Us
Make Money with Us
Let Us Help You
And don't forget:
© 1996-2021, Amazon.com, Inc. or its affiliates