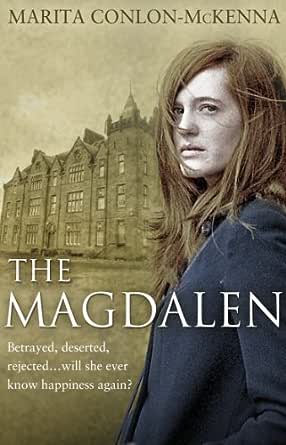 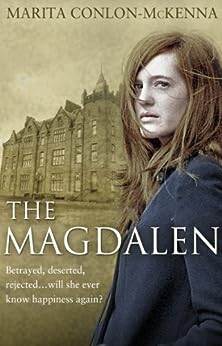 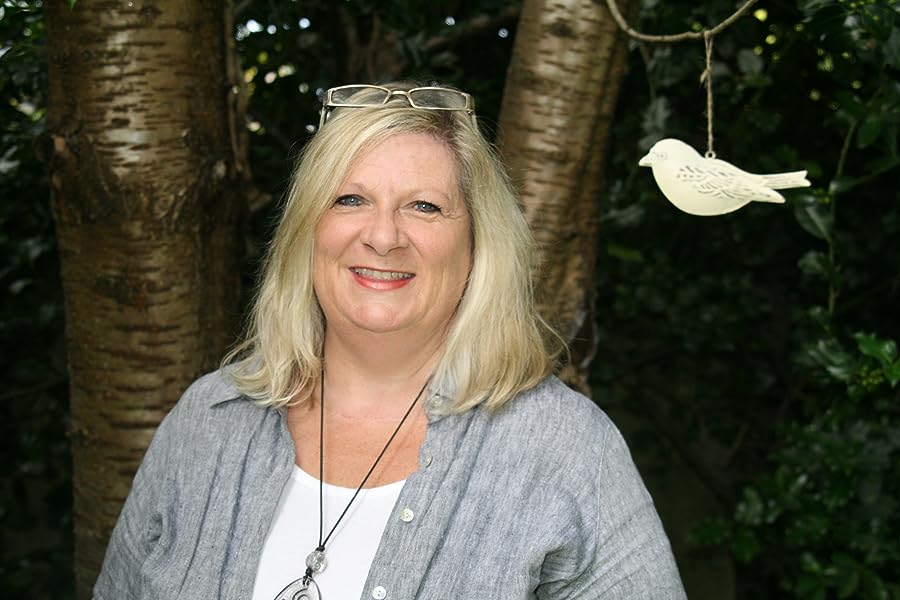 "This book pulls no punches . . . Marita Conlon-McKenna is breaking new ground with "The Magdalen."" "--Image"


This book pulls no punches . . . Marita Conlon-McKenna is breaking new ground with "The Magdalen." "Image""

"This book pulls no punches . . . Marita Conlon-McKenna is breaking new ground with The Magdalen." --Image

Elizabeth G Melillo
4.0 out of 5 stars Low key yet very powerful and moving
7 March 2010 - Published on Amazon.com
Verified Purchase
Though the tragic story is presented in a simple style, it is totally engrossing in its impact. The reader sees Esther - a model daughter, with varied tragedies in youth, then 'fallen woman' - deal with constant confusion, guilt, and ambiguity as her story unfolds.

I had been somewhat disappointed by a seeming lack of depth, because Esther's thoughts and emotions are not really explored, and other characters seemed peripheral. Yet the action speaks for itself. For example, the bulk of the story concerns Esther's period of residence in the Magdalen laundry, and one sees her struggle with considering options, and having conflicting feelings about all elements of her life.

The underlying theme - where punishment and atonement colour every consideration from the sermon at a funeral to the cold, cruel treatment of the residents - is sadly all too realistic. The book is not a horror story (squeamish readers, especially in light of some recent news stories about Irish Catholic institutions, may wish to know that The Magdalen contains no sexual abuse and little corporal punishment), but is utterly chilling. Esther, initially grateful that the nuns offer refuge when no one else will deal with her, grows to see no Christian love at all in her treatment. Yet the constant (and highly accurate, sad to say) presentation of how sufficient penance means salvation gives an underlying sense that those involved might have thought they were 'cruel to be kind' in leading others to salvation.

Without giving out a spoiler, may I add that it answered a question I'd long harboured: why women who are in such misery (and who are free to leave - this is not serving a prison sentence, for all that the conditions seem those of a reformatory) would sometimes elect to remain at the laundries rather than get another try at a decent life.

It is a fascinating work which I devoured in an afternoon, surprisingly engrossing for all that the themes are very subtly expressed. The characters are not drawn in great depth, and Esther seems an enigma, but it is an excellent tale of conflict.

Hypatia
3.0 out of 5 stars Not What I Thought It Would Be
29 April 2013 - Published on Amazon.com
Verified Purchase
Having first seen the critically acclaimed movie, The Magdalen Laundries [please pretend the title is in italics], I was disappointed in this novel. Although the book is supposed to be drawn from firsthand accounts about a Magdalen institution, and the title refers to one such institution, fully half the book is devoted to one young woman's life leading up to her committal to a Magdalen laundry. While details of her life are enlightening, the title suggests more of a focus on life within the convent, which is misleading. The section of the book devoted to the laundry/convent is also rather bland compared to the movie's searing expose. The book leaves the impression that it's a hard life but not all that bad if you're sturdy enough (physically and emotionally) to handle it. The heroine is both; but I wonder if she is representative of the thousands of women who were subjected to live and work and suffer in these horrible places.
Read more

"Ali"
5.0 out of 5 stars Shameful treatment
17 December 2013 - Published on Amazon.com
Verified Purchase
This is another book about the Magdalene Laundries, where pregnant young women and any other females who embarrassed their families were sent. They did laundry from schools , hospitals, other church facilities, private customers, hotels and restaurants. This was their punishment for being "promiscuous.' When the babies were born, they were taken by the nuns and "sold" to prospective parents.
Esther Doyle meets Con at a dance and falls in love. When she becomes pregnant, he deserts her, and Esther is sent to a convent laundry by her furious mother and brothers. As all the girls are, she is treated terribly. She longs for escape, but also wants to keep her baby girl. The child is taken by the nuns.
This is a very arresting well-written story. recommended.
Read more

Kindle Customer
5.0 out of 5 stars Recommend this book
29 April 2014 - Published on Amazon.com
Verified Purchase
This book is about a time within the Catholic Church when unmarried pregnant women were exploited. Being compared to Mary Magdalen the sinner these women were continually treated cruelly. Even Mary Magdalen was forgiven but during this time in the church these women were not. I enjoyed the book because it was informative about a subject I knew very little about. As a 21st century women growing up in the 50's I am appalled this went on in the church. I enjoy a book which brings forth an emotional reaction of some sort. The attitude of the nuns was well developed as well as the emotional anguish of the women.
Read more
Go to Amazon.com to see all 44 reviews 4.2 out of 5 stars
Get FREE delivery with Amazon Prime
Prime members enjoy FREE Delivery and exclusive access to movies, TV shows, music, Kindle e-books, Twitch Prime, and more.
> Get Started
Back to top
Get to Know Us
Make Money with Us
Let Us Help You
And don't forget:
© 1996-2020, Amazon.com, Inc. or its affiliates