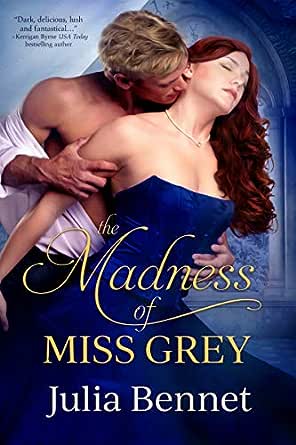 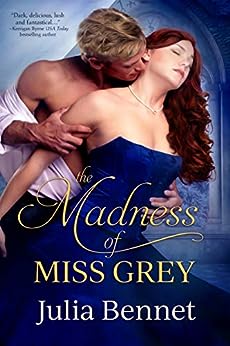 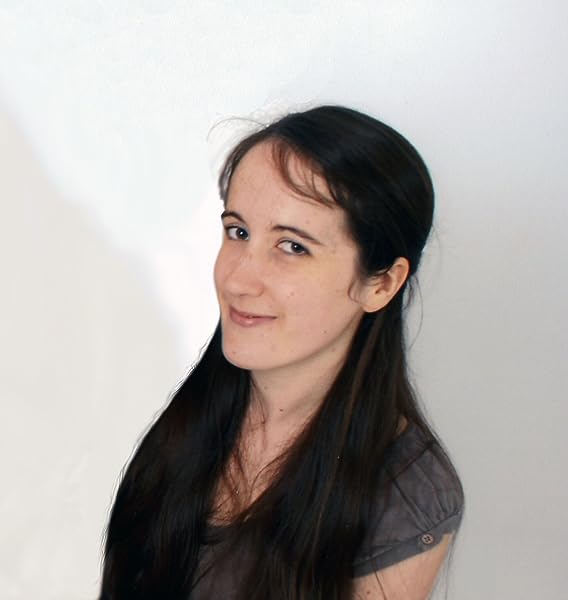 MsT
5.0 out of 5 stars A Very Good Read
Reviewed in Australia on 24 April 2019
I received an ARC of this book via NetGalley and Entangled Amara Llc for an honest review. This story was full of dark secrets and it certainly pulls me into it and I was hooked into reading till the last page and the ending. I have read many history books based on the horror stories that tell of the conditions and the torture that inmates experienced in the so called asylums of the 1800s and on and Julia Bennett's character Helen Grey had been in one for 10 years. It is amazing she stayed just the least bit sane. The character of Dr William Carter is a memorable one as he shows his utter aborance to the inmates treatment. I loved this pairing and the story of Helen's escape from the hell she had been living in. I will recommend this book to readers who love to experience a story with a dark tale and at the end see that the author has given the character a new beginning in the light.
Read more
Helpful
Report abuse
See all reviews

Ella Persiste
4.0 out of 5 stars A fascinating heroine and a satisfying romance
Reviewed in the United Kingdom on 20 November 2019
Verified Purchase
The setting for this historical romance is a 'madhouse' to which the heroine has been cruelly dispatched. All her efforts to escape have come to nothing when a new Doctor arrives who might offer hope of escape.

Helen is a fascinating heroine, both captive and wronged and also constantly scheming and trying to figure out ways to turn people and situations to her advantage. She's also deliciously in touch with her own desires and unashamed in pursuing them. Watching her slowly realise that her feelings for the new Doctor are genuine is an absolute pleasure.

The Doctor himself is appealingly humble: restrained, educated, doubting himself, a simple farmworker who has bettered himself but will never consider himself handsome. They're a mismatched pairing in the best way

They finally come together after a goodly amount of delayed gratification, and there's a satisfying happy ever after.

Sonja
4.0 out of 5 stars Unique story
Reviewed in Canada on 11 May 2019
Verified Purchase
Storyline was unique...Loved the lead male, he was not your usual suave rake. I really didn’t take to the lead female. I get shecwould be ‘different’ because of her experiences, but she was too manipulative and loose.
Read more
Report abuse

OLT
4.0 out of 5 stars Somewhat dark and a bit different.
Reviewed in the United States on 13 June 2019
Verified Purchase
(3.5 stars) A longtime HR reader, lately I've been feeling like a truffle-hunting pig, digging around in the new HR releases trying to find one that really interests and appeals to me. Well, this one by Bennet is not exactly as good as I'd like but apparently it's as good as it gets at the moment, so I'm grading up in my star rating.

What I like about this HR is that the story line is one that's much less used by HR authors, possibly because it's a bit dark, dreary, and somewhat of a downer. It deals with possible madness and the inept, incompetent, ignorant and often cruel treatment of those in mental institutions. I have read a few HRs in my lifetime dealing with this issue. Maire Claremont (aka Eva Devon) had a dark Victorian series 6 years or so ago, beginning with THE DARK LADY. And more recently, Mimi Matthews touched on the issue in her THE MATRIMONIAL ADVERTISEMENT. I've read other books also, but no authors or names come to mind at the moment.

This new book by Julia Bennet has good intentions, even if not always with completely satisfactory execution of the subject matter. Her writing, however, is better than average, the main characters, especially the hero, are interesting, and the romance believable, albeit a bit too insta-love for me. (But it must be said that the sexual intimacy was delayed in the story appropriately to the situation.)

What we have here as basic plot is a young woman who, at the age of 16 and after the death of her actress mother, is institutionalized by her father, a man she does not know and who was never married to her mother. It is assumed that he is rich or important and wants his little indiscretion hidden away from the public eye. So poor Helen Grey has now spent 10 years at Blackwell House, a private insane asylum in Yorkshire run by a Dr. Sterling, renowned psychiatrist. Dr. Sterling, paid generously to keep Helen at Blackwell, has diagnosed her with melancholia, hysteria, and nymphomania.

Her care at Blackwell ranged from benign neglect on the part of some to outright mistreatment and vile cruelty on the part of others, and no one was actually engaged in real treatment of the mental conditions of the patients locked away. Staff there seemed more interested in making sure the patients were kept locked up, not for their sake, but for the convenience of relatives who preferred them out of sight and out of mind.

But then the new doctor arrives. Dr. Will Carter is the son of the former housekeeper of the estate which now has a new owner and is used as the mental institution. The former owner, the late Sir Clifford, had been Will's benefactor, paying for his education. Now a doctor and "psychiater", Will is back in Yorkshire to work with the famous Dr. Sterling at Blackwell House.

Upon arrival, the first person Will meets up with is Helen Grey, as he and his dog Hector discover her attempting (once again) to escape. Helen is taken back, but Will soon discovers that all is not well at Blackwell. Is anyone there trying to help the patients' physical and mental problems or is this just a prison of sorts? And how can this Dr. Sterling be so indifferent to his patients?

So there you are. Most of the story takes place at Blackwell, where you will meet up with many characters, whether they be doctors (Sterling, Bell, Vaughn, and our Will Carter), the sadistic nurse Fletcher and her cruel "henchmen", the kindly cook and the maid, and a patient or two. There's not much complexity of the characters here. They are either good or not. And some of the bad ones are horrid.

When Will realizes that Helen is as sane as he is and is just being held there at the behest of a wealthy benefactor, he takes it upon himself to find out who this is, supposing it to be Helen's father. This, of course, he does knowing it will probably mean the end of his career, since it is apparent that Sterling and the benefactor have friends in high places.
But not to worry, my friends. There will be a happy ending. But, although happy endings are a must-have for me in HRs, this one came about too easily at the end. A new character shows up at perhaps the three-quarters mark who serves as a "deus ex machina" for everything to turn out fine.

I also had a question or two about the logistics of one thing Will does to give Helen his protection, not sure if in actual fact he could have done what he did legally and in actual fact. However, one protective measure involving his dog Hector was charming and I enjoyed the budding relationship between Helen and Hector, one that got off to a rocky start at the beginning of the story.

I have some nitpicks about the story but to mention them would be spoilers, I fear. One I can mention is that I found it hard to believe that Helen could have retained her sanity after 10 years at Blackwell, where she was subjected to what can only be described as emotional, mental and physical torture. I might have believed this to be possible if the length of her stay there had been shorter.

But, all things considered, the story was better than most new HRs I've read lately. So 4 stars in the hopes that this author will be encouraged to greater heights for Books 2 and 3, to be released at later dates. The tentative titles are THE RUIN OF EVANGELINE JONES and THE TALENTED MR. ELLIS.
Read more
16 people found this helpful
Report abuse

Plot Trysts
4.0 out of 5 stars Well-written but dark
Reviewed in the United States on 25 November 2020
Verified Purchase
Here's the deal with The Madness of Miss Grey: Helen Grey has been institutionalized in an asylum for over ten years. She's willing to do practically anything to get out. Luckily her new doctor, Will, believes she's not mad, and he wants to help her escape, too.⁠
⁠
If you're going to write a romance where one member of the couple has total and complete power over the other (as Will does as Helen's doctor), you've got to do it right. We think Julia Bennet does, and if we had any issues with the book, they do not lie with the relationship. This is a major triumph and we applaud the author! That said, the book is pretty dark (as you might expect from the setting), and if you're not in the best headspace you might want to put this on your TBR list for when you're surrounded by friends and family.⁠

Was this a well-written, affecting exploration of an incredibly difficult situation? Yes! Is it a love story? Also yes! Is it a feel-good read? ....Maybe not. But it's worth checking out for sure!
Read more
Report abuse
See all reviews
Back to top
Get to Know Us
Make Money with Us
Let Us Help You
And don't forget:
© 1996-2021, Amazon.com, Inc. or its affiliates