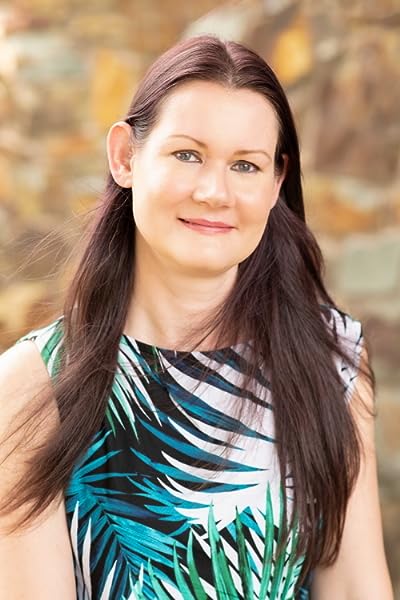 Madison Lane and the Wand of Rasputin Paperback – 9 September 2014

by Elle Carter Neal (Author)
4.0 out of 5 stars 1 rating
See all formats and editions
Sorry, there was a problem loading this page. Try again.

Elle Carter Neal grew up between the covers of books, emerging only when her storytelling skills were required for games with friends or to invent explanations when something went wrong. She lives in Australia where cockatoos chew on the power lines and anything printed out on paper is likely to be eaten by a kangaroo, or drawn on by one or both of her children. Luckily she has a plan. And makes plenty of back-ups.

Start reading Madison Lane and the Wand of Rasputin on your Kindle in under a minute.

After discovering magic at the age of eight, Elle Carter Neal began the long journey from her native planet and finally settled on Earth. She has been studying humans for decades and began writing stories about them as a way of enhancing her understanding of their fascinating interactions. She hopes to pass on a little bit of magic in return.

Maryann Miller
4.0 out of 5 stars Enjoyable Story
Reviewed in the United States on 22 June 2014
Verified Purchase
This is a delightful story for young readers, and even some adults might like it. (smile) I think books written for children and young people can always transcend age, and this one does. I liked the spunky heroine and enjoyed sharing her adventures.
Read more
Report abuse
See all reviews
Back to top
Get to Know Us
Make Money with Us
Let Us Help You
And don't forget:
© 1996-2021, Amazon.com, Inc. or its affiliates