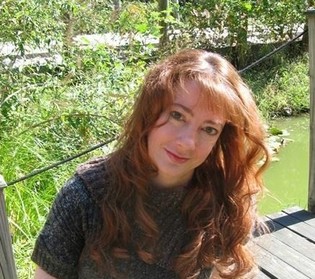 Page 1 of 1 Start overPage 1 of 1
Previous page
Next page
Start reading Madhouse: Cal Leandros Book 3 (A Cal Leandros Novel) on your Kindle in under a minute.

Nick Devonald
5.0 out of 5 stars An entertaining slice of action, which will leave you craving the next part of the series
Reviewed in the United Kingdom on 26 September 2012
Verified Purchase
As both reviews of the previous books in this series show, I am a big fan of the Cal Leandros books. I won't go over old ground here, needless to say both previous books are excellent and this novel continues this trend. This book starts off in a similar vein to the last one, whereby the brothers are on a job, albeit a relatively minor one. However after completing it they come across a number of bodies hanging in the tree's. This starts them off on the trail of Sawney Beane, a legendary Scottish serial killer from the 15th century. This part of the novel was problem my only gripe, since I live in Scotland and have never heard of him, but the way the novel portrayed him I felt like I should have known such an important part of Scottish history. But that is only a minor issue, not something that detracted from my enjoyment of the novel.

There is a lot of fleshing out of characters here. Cal is currently working in a pub for other wordly creatures called the ninth circle, for a peri called Ishiah. Ishiah has a past relationship with Robin Goodfellow, and slowly we learn more about Goodfellows past through Ishiah. A sub plot deals with a mistake from Goodfellows past catching up with him, and we get to see some of his darker side. Some hints are made to Promises past as well, but nothing too revealing. But you can't help but get the feeling that more is still to come in future novels. Some of Goodfellows attraction to Niko is hinted at too, as there are a number of similarities between Niko and Ishiah.

And Caliban begins to experiment with his ability to create portals. Mostly with bad results, but we begin to get a sense of the power he has access to. And also the danger of it. This is one of the things I like about Rob Thurmans novels, she consistently drives the characters forward, bit by bit, and we get to see them change from novel to novel. I also love the way she creates fantastic creatures, some of whom are based on popular mythological creatures, i.e. the Auphe and elves, and Abbagor the troll. This novel introduces us to the peri, another fantastic creation, who closely resemble Angels. However, as per Rob Thurmans usual, they are nothing like angels. Except in appearance. And of course Cal's trademark witty pessimism is back. There is also the return of a particular favourite of mine, Abbagor, and I suspect based on the encounter here and the ending of the novel he will be back again, perhaps as an ally? Although that is purely speculation on my part.

Sawney Beane makes a good villian, just the right mix of crazy, violent and unkillable to make you really hate him. After the slight cliffhanger ending of the previous novel some important decisions are made in Georgina and Cal's relationship. It was about time too, however the relationship probably went in a direction most readers weren't expecting. And speaking of cliffhanger endings, this was a huge cliffhanger. I won't spoil it, but you will find yourself needing to read the next book, straight after. And that is no bad thing. It is the start of something I had suspected was coming, but was taken aback by the novel ending on this note. But really all it did was get me so excited about the next novel.

I would thoroughly recommend this novel, along with all the others in the series. I count myself as a huge fan.
Read more
Report abuse

Liz de Jager
5.0 out of 5 stars Rollicking Good Fun
Reviewed in the United Kingdom on 5 March 2008
Verified Purchase
If you are tired of leatherclad tattooed female heroines which seem to litter the urban fantasy bookshelves and you would like a change of scrummy things to look at, have a look at Rob Thurman's work. She's created a dark underbelly of New York, populated by supernatural creatures who rub shoulders with normal people...and if only normal people knew what lurked in the dark.

This, the third book in the series (with more to come in the pipeline) is simply unput-down-able. I had to force myself to go slow, to drag out the rapidly approaching end.

The characters, Cal and his brother Niko are vividly portrayed in an interesting setting with new twists on the supernatural genre. They come across as being very real in a way a lot of the urban fantasy heroines aren't - they joke, they hurt, they are sexy, kickass and totally unorthodox and incredibly moody and deadpan. Oh, the one liners - Buffy, this is the way to do it. Reading Rob's work is like like watching a Guilermo del Toro movie - anything can happen. And it does. Twice. With fangs and claws.

The series starts with Nightlife and carries onto Moonshine with Madhouse being the third instalment. The first two books are equally good but I think, with Madhouse, that Rob managed to get a decent hold on the characters and it is the best book thus far in the series and knowing how hard she works to keep us, her fans happy, I'm pretty sure the rest of the series will be even better.
Read more
17 people found this helpful
Report abuse

N. Hughes
5.0 out of 5 stars A Truimph
Reviewed in the United Kingdom on 5 March 2008
Verified Purchase
'Madhouse' is yet another truimph for author extraordinaire Rob Thurman. Following on from her two other brilliant books 'Moonlight' and 'Nightlife', we are once again drawn into the world of Cal and Niko Leandros, brothers who are submerged in the supernatural. The book like it's predecessors is captivating and exciting. The heroes are not only sexy but are kick ass to boot. The humor will have you chuckling your way through the book. The other characters as well as the main characters are delightful, colourful, scary and truly original. Rob Thurman's writing has you not just going along on the adventure, but she has you truly caring for the characters especially the brothers, who's relationship is endearing as it is funny.
If Supernatural monsters coupled with strong, interesting and unique characters are your thing, then 'Madhouse' (as well as 'Moonlight' and 'Nightlife) are your cup of tea. Heck, even if you aren't into supernatural scares, just the sheer brilliance and wonderful characters and humour in this book will keep you hooked and wanting for more.
Read more
10 people found this helpful
Report abuse

Amazon Customer
5.0 out of 5 stars Five Stars
Reviewed in the United Kingdom on 22 March 2016
Verified Purchase
Loved it.
Read more
Report abuse
See all reviews
Back to top
Get to Know Us
Make Money with Us
Let Us Help You
And don't forget:
© 1996-2021, Amazon.com, Inc. or its affiliates