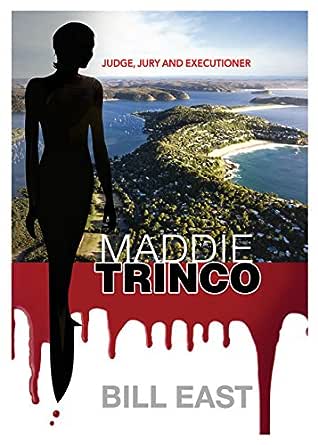 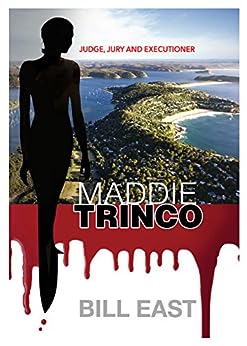 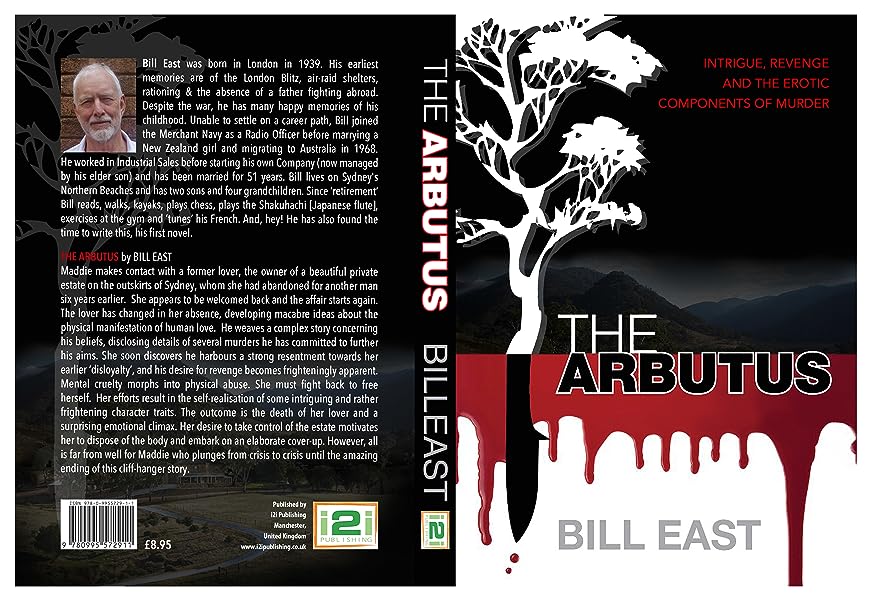 ‘Maddie Trinco’ is the sequel to the Arbutus.
Maddie is released from jail where she has been serving time for murder. She pursues her ideas of using her macabre capabilities to fight injustice.
Not as confronting as ‘The Arbutus’, ‘Maddie Trinco’ is a melange of four stories;
the vigilante mentality of Maddie and her new partner, the property developer Caspar Hopfner; a group of friends considering hiring a hitman to pre-empt a murder that they know will be committed by one of their number, currently away in France; a garrulous ex IRA informer; and the absentee himself who is about to return to Australia.
The story examines the morality of justice and revenge, the concept of death as a result of shame and degradation and the positive influence of being ‘in love’ on ambitions fuelled by burning hatred.

Bill East is an Australian author. Born in England, he has spent the majority of his life in Sydney, Australia. Bill is married with two married sons and four grandchildren. Apart from writing, his main interests are in kayaking and Japanese traditional music.
click to open popover

Joy Nason
4.0 out of 5 stars Arbutus thriller sequel
5 May 2018
Format: Kindle Edition
Fans of Bill East’s debut novel ‘The Arbutus’ will be delighted that he has followed with ‘Maddie Trinco’, a fast-paced, easy to read sequel that gives us a deeper insight into what makes Maddie tick. It is one thing to be locked away for capital crimes, but will Maddie’s time behind bars have served any useful purpose, either for herself or the community at large. Bill cleverly weaves a story of an unlikely rehabilitation, where feelings of guilt, at odds with Maddie’s desire for revenge, culminate in a new way of life for Maddie as an avenging angel, a crusader eager to rid society of scum. If the law won’t dispense justice, then Maddie and her fellow conspirators will take the law into their own hands once more. The author’s local knowledge comes through in his detailed description of various landmarks, and we feel comfortable in familiar territory. Time and again however, we are jolted out of our complacency with the confronting fact that once a killer always a killer may well apply to our heroine Maddie.
Read more
Helpful
Comment Report abuse
See all 1 customer reviews
Write a customer review
Get FREE delivery with Amazon Prime
Prime members enjoy FREE Delivery and exclusive access to movies, TV shows, music, Kindle e-books, Twitch Prime, and more.
> Get Started
Back to top
Get to Know Us
Make Money with Us
Let Us Help You
And don't forget:
© 1996-2020, Amazon.com, Inc. or its affiliates