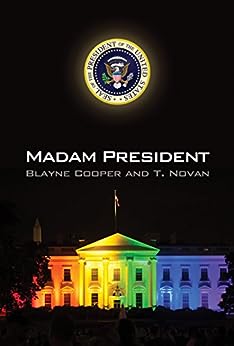 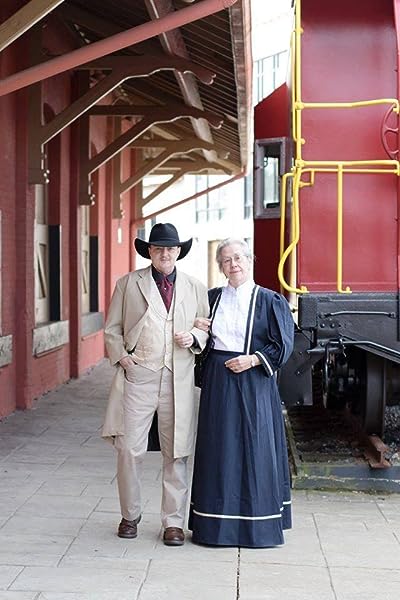 4.6 out of 5 stars
4.6 out of 5
138 global ratings
How are ratings calculated?
To calculate the overall star rating and percentage breakdown by star, we don’t use a simple average. Instead, our system considers things like how recent a review is and if the reviewer bought the item on Amazon. It also analyses reviews to verify trustworthiness.

Les Rêveur
TOP 1000 REVIEWER
5.0 out of 5 stars 5 stars
Reviewed in Australia on 3 January 2018
Verified Purchase
I’m still stunned at how much I loved this book. This is such a beautifully written love story that had me laughing, crying and heartbroken all in the same novel.

Develyn Marlowe has just started her first term as America’s first female and lesbian president. She and her three children have moved into 1600 Pennsylvania Ave and are readying themselves for the four year (at least) term as the First Family. Devlyn needs a biographer to write her Presidential story and who else but her favourite biography author, Lauren Strayer. Lauren is apprehensive about writing the new Presidents’ biography but she’s been promised no holds barred account and has even been asked to live in residence at the White House to capture everything about Devlyn. After a while both women find themselves falling for each other but what does this mean for Lauren’s writing integrity and is Devlyn ready to finally let go of her first love and wife to move on with someone who could be her one true love?

I was not expecting the emotional roller coaster ride that Devlyn and Lauren were going to take me on. But I loved every minute and reading every word. The love that unfolds between these two women is powerful and exciting while still being the ultimate best friendship. There weren’t many sex scenes and the ones that were, written light and not overly detailed but for this book and these characters it worked completely and I couldn’t see it any other way because it was their intimate conversations and moments of silent shared knowledge of their feelings that was really what drew me to their relationship.

The secondary characters in the book just made me love the storyline even more and clarified a lot of the storyline from the past, for example, Devlyn’s wife who passed away. David and Beth were definitely my favourite secondary characters because their friendship drove many of the larger moments that lead to Devlyn and Laurens expression of love.

At times I felt part of the story and kept turning the page for more because I was living the story. If you hadn’t already guessed it I adored this book and it goes straight onto my all time favourite list.

Olivia Harley
5.0 out of 5 stars BrillIant work
Reviewed in Australia on 1 May 2016
Verified Purchase
Great paring and character development, I am very much looking forward to getting stuck into the sequel. Thank you for letting us see a little of ourselves in published literature.
Read more
Helpful
Report abuse
See all reviews

When Lauren Strayer is requested by the newly elected President, Devlyn Marlow, to record her time in post as the first female President, Lauren’s instinct is to refuse. Having built an excellent reputation as a ‘warts and all’ biographer, Lauren believes Ms. Marlow will want to dictate what she writes. The President though it certain that it is Lauren who she wants to document her time as President, and, after initial disagreement, manages to persuade Lauren to move in while she is writing the biography.

As Lauren gets draw in to life in the Whitehouse, she soon finds herself feeling comfortable around the dynamic President and her three children. However, life isn’t always easy for Devlyn, and Lauren’s respect for her grows as she sees just what a toll the decision-making process takes on the caring, intelligent woman.

I found Madam President both engaging and very well written. If you’re looking for a pacey story with plenty of thrills, then this probably isn’t the book for you! Madam President, is a gentle tale, taken at a gentle pace. However, that said, there is plenty going-on plot-wise and the development of the relationship between the two main characters is beautifully observed.

Kindle Customer
5.0 out of 5 stars Sterling storytelling at its best!
Reviewed in the United Kingdom on 29 October 2016
Verified Purchase
Novan and Cooper write a fabulous romance around a White House President (Devlyn) and her biographer (Lauren). The characters are quirky and lovable. The action and family full of life as they learn to overcome barriers that could break them apart. All the parts are written sensitively and their points of view respected without oversimplification of differences or difficulties experienced by a sitting President trying to squeeze in a personal life between events on a worldwide stage. Well worthy of a read. Excellent value for money. Massive bonus for all pug fans -the adventures of Gremlin and the Pomeranian Princess!
Other treatments of a similar topic can be found in Tracey Richardson's trilogy, starting with 'The Campaign' -although I prefer N & C's romantic plot development. Radclyffe writes on a similar theme in the beginnings of her Honor series, developing a love story between a Security Agent and political target. Your Mission -should you choose to accept it - compare and contrast plot development and characterisation; who does it best, and who does it with the most humour?! Enjoy.
Read more
Report abuse

Hope Freed, UK
3.0 out of 5 stars It’s no secret that I’m a huge Blayne Cooper fan, BUT…
Reviewed in the United Kingdom on 9 November 2015
Verified Purchase
…I’m sorry to say, this just isn’t as good as her later solo work. I find all her solo work ‘captivating’ but this didn’t captivate me.

The premise of the story is quite interesting. It’s set in a near future (2020 onwards) where lots of things we currently have to do manually (e.g. driving) can be automated and where an openly gay woman can be (and is) elected President of the US. She’s also the leader of an entirely new political party – the Emancipation Party. I think the authors are a little optimistic on the timing of such an unlikely event as an open lesbian becoming President, but then I suppose no one really expected that there’d be a black President in the White House as early as 2009 either…

The story is nice enough but the writing falls into one of my personal bugbears. I hate it when characters are referred to as ‘the blonde’ or ‘the brunette’ or by their profession e.g. ‘the teacher’. In this Lauren is variously and frequently referred to as ‘the biographer, the writer, the blonde, the smaller’ and ‘the younger woman’ whilst Dev is ‘the older, the dark-haired, the taller’ etc. And this happened so often I found it an annoying distraction. Why couldn’t their names just be used? There’s also a lot of self-reflection with both characters wondering “What does she think?” and almost invariably getting it wrong.

So, all in all, whilst it’s fairly sweet and romantic, it’s not a patch on Blayne Cooper’s later solo work. I have to say that, for me, Tracey Richardson did a similar themed story much better in her duo “The Candidate” and “The Campaign”, both of which I think are pretty fab.

As for Blayne Cooper, I’m glad that I didn’t spend oodles to get the paperback of this and I’m glad her writing has so obviously progressed from this. I will eagerly await her next solo project…
Read more
One person found this helpful
Report abuse

Knightsfield
3.0 out of 5 stars Not for me.
Reviewed in the United Kingdom on 21 January 2016
Verified Purchase
The story started off on the right foot, but like so many lesbian stories that have characters running for President, this story fell into the same format and I felt only the names of the characters had been changed. By the time I had got through two thirds of the story I had become bored with the characters and their romance. I believe there is a follow-up story to this, but I can't see myself reading it.
Read more
Report abuse